All of the pieces were in place for White Bear Lake to end a 13 game losing streak to its arch rival.

In the inaugural season of the Vadnais Heights Sports Complex (VHSC), White Bear Lake played the role of actual host to Hill-Murray, the team it previously shared Aldrich Arena with as its home rink.

The much-anticipated game drew even more attention with the new arena and with both teams off to relatively solid starts.

Getting inside the venue that holds 1,500 fans was a hard enough feat for most as the VHSC holds 1,900 less than Aldrich Arena.

“We were worried, because we had a decision to make. Do we move this game to Aldrich?” White Bear Lake athletic director Tim Hermann said. “We decided that we can’t do that. We have to learn how to work these big games.”

There were no signs of green and black, no state title banners to tarnish a home-game feel. This was all White Bear Lake. Its version of black has orange in it and an energetic fan base showed their colors in their arena.

“It is nice to have a place where you can call it your own home,” Hermann said. “This is a great place to play hockey and it is our own rink.” 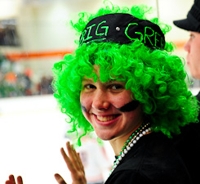 Parking for the game was a circus for fans arriving close to game time. The VHSC lot was full as was the lot for Sak's Sports Bar, which is connected to the arena.

Local car dealerships close to VHSC had spots available and there was a trail of fans making the long haul to catch the nonconference battle. A small meal could have been easily consumed during that time.

At the end of the junior varsity game, the ticket office said it would not sell any more tickets and after the first period, the game was declared a sellout.

At 4 p.m. tickets were on sale for fans to purchase. According to the ticket office, people were lined up at 2 p.m. for the renewal of what is widely considered one the state's best rivalries.

Both sets of bleachers were packed and there was standing room in all corners of the rink.

Others who had problems finding a place would sit in aisles and gracefully tip-toe around one another during intermissions.

“I think we had to turn a few people away,” Hermann said. “but not too many which is good. This is a big game and we want to have as many people to see it as possible.”

Inside the arena, the Bears student section, appropriately dawning its blaze-orange, made a smaller arena just as loud as White Bear Lake's previous home in Maplewood.

From the drop of the puck, the Bears fans were thunderous and eager, willing their team to a possible victory against a team that has won the last 13 meetings.

By the time the final horn rang, many fans were already at the exits as Hill-Murray made in 14 in a row with a 3-0 victory, giving fans nothing to get excited about.

“We know things have not gone well against this team,” Hermann said. “but I think this team is on the right track.”
For the sellout crowd, there were no issues among them. No fighting between students nor any complaints from people who were turned away.

“Everything went well,” Hermann said. “Getting people in here and finding spots for them was our biggest concern. Crowd control was just fine.” 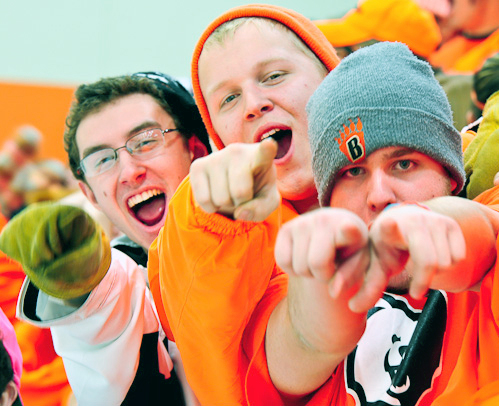 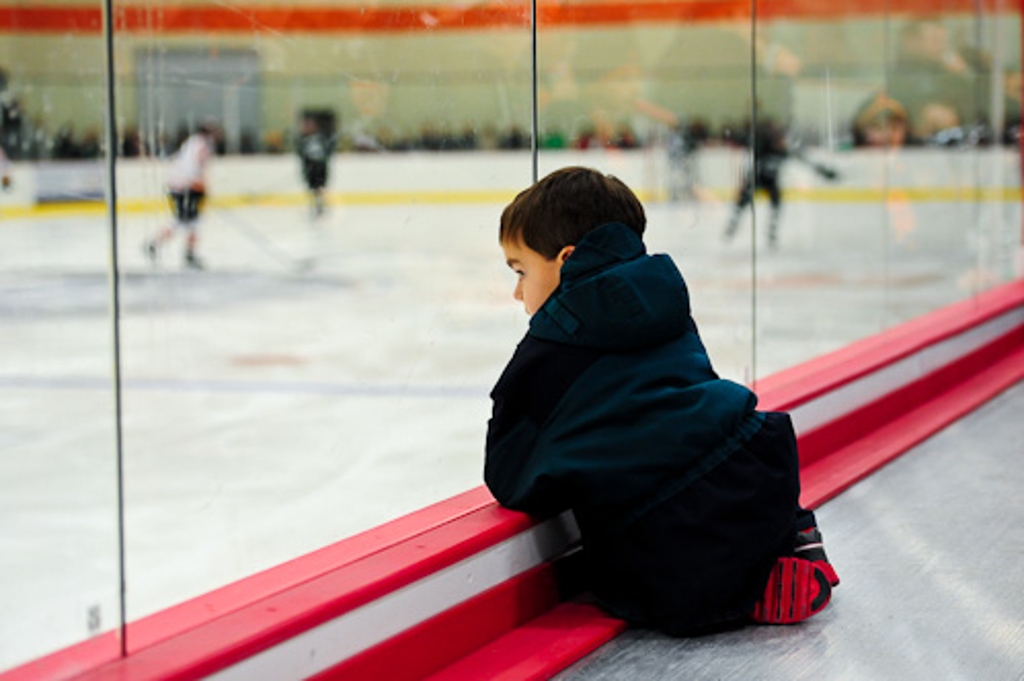