Burnsville making adjustments on the fly

Most teams sporting a 4-1-1 record to start a season will keep rolling with what they have — preferring not to fix what isn’t broken. Burnsville hockey coach Janne Kivihalme has gone against the grain on that one, already changing the team’s lines three times — including its most potent scoring combination.

“We are still experimenting,” Kivihalme said. “Just trying to find the right camaraderie.”

This year’s Blaze team features a deep mix of skill, grit and team speed, as evidenced by its season-opening 6-4 victory over Hill-Murray. The victory raised a lot of eyebrows in high school hockey, but the Blaze were quick to dismiss any accolades.

“Yeah, it was a nice win but it’s behind us now,” senior goaltender Bodhi Engum said. “We’re working to improve and we’re getting better.”

Tied with South Suburban Conference foe Apple Valley as the state’s sixth-best team in the latest rankings, Burnsville will have its hands full all season. The team’s only loss came at the hands of Edina, and the Blaze tied Eagan, another South Suburban threat. Holy Angels, Eden Prairie and Wayzata are all on the schedule as well.

“It’s important to play against the teams that are generally very strong,” Kivihalme said. “It puts us in a position for the playoffs and it’s better for the long run.”

Last season’s Blaze graduated eight players, so there are some fresh varsity faces, but most of them know each other and have been coming up through the Burnsville youth pipeline, in which Kivihalme is active. The adjustment has been pretty seamless.

The senior captain is scoring at a blistering pace, with eight goals and 11 assists through six games. Known more as a playmaker, Dockry has taken Kivihalme’s advice to shoot the puck more. Some of those shots have gone in. Others have created tasty rebounds for linemates. It’s added a new dimension to his game.

“He loves to dish the puck out — a very unselfish player,” Kivihalme said. “It’s fun to start seeing him take some more shots and he’s grinding it out more.”

Jace Childs is close behind with seven goals and 10 assists, while junior Cory Chapman has five goals and seven assists.

Kivihalme said he feels comfortable rotating Dockry, Childs and Chapman throughout the lineup. They elevate everyone’s game, no matter who’s on the slate. Offensive depth has been the result.

“We have three lines that can score,” Dockry said.

Engum stabilizes the back end, which includes an improving defense, where Kivihalme has been mixing and matching defensive pairings as well.

The Blaze look to continue their season-long experiment on Wednesday in the Schwan Cup Silver Division, where the squad will face off against Holy Angels.

“Having a goalie like Bodhi, it gives the rest of the team a sense of comfort that you have somebody back there that can save you when you make a mistake and can help the team out in the defensive aspect,” Kivihalme said. “At the same time, we have to return the favor for him as a team.” 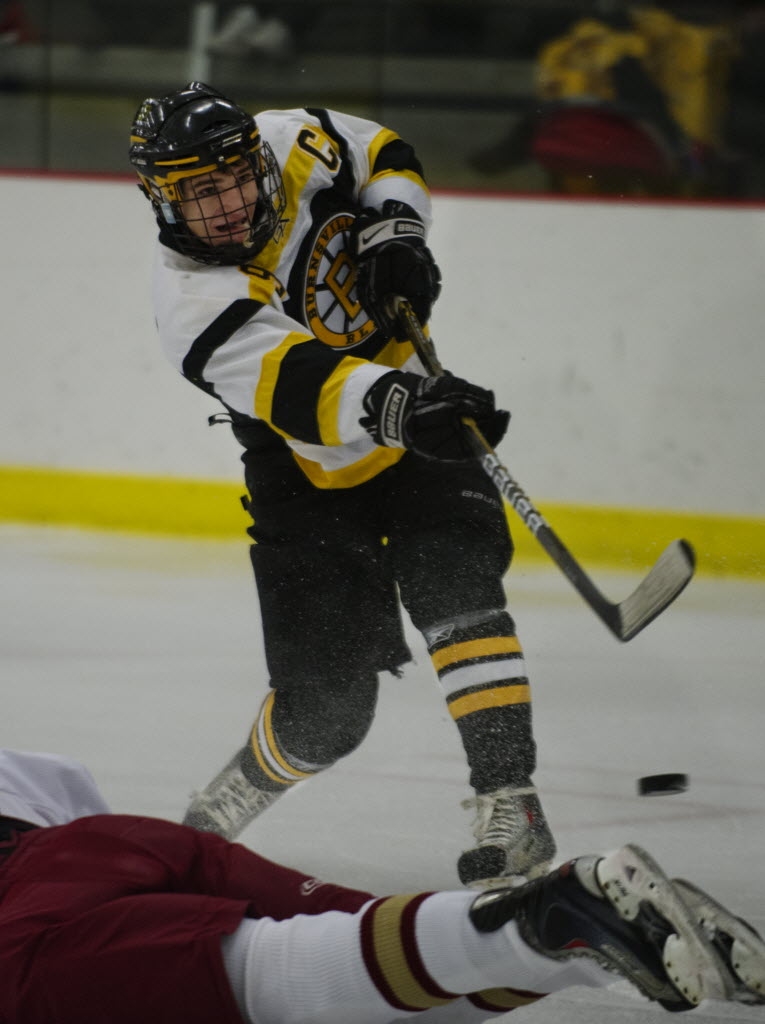 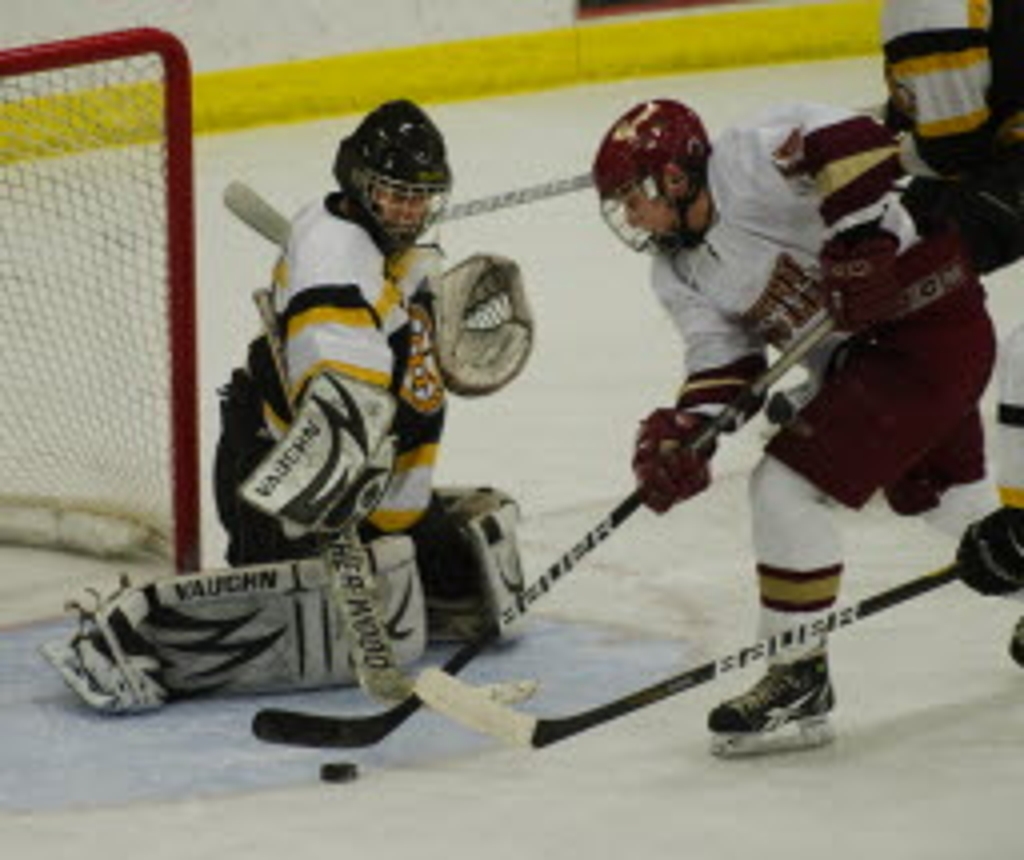 Goalie Bodhi Engum picked up the Burnsville defense with a save on Lakeville South’s John Wiitala. David Brewster, Star Tribune