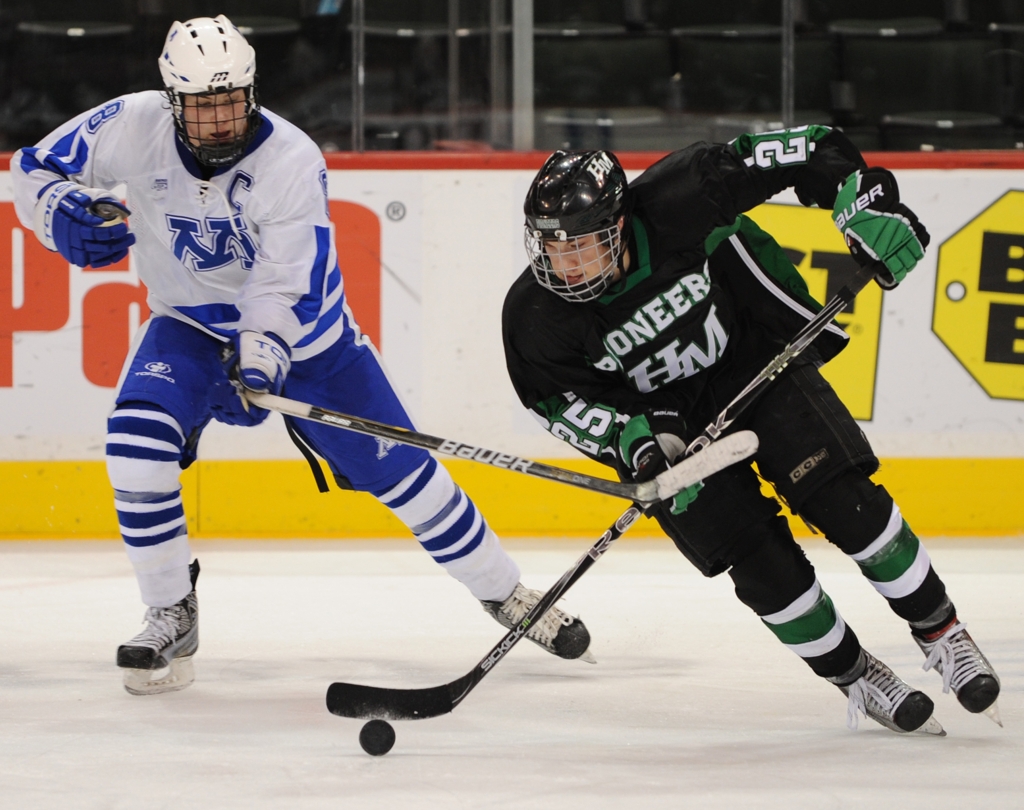 His team down by a goal to Minnetonka after two periods Saturday night at Xcel Energy Center, Hill-Murray boys' hockey coach Bill Lechner told his team it had two options.

"Coach came in the locker room and said we can give up and go home or we can put on our black jerseys with pride and take it to 'em," forward Zach LaValle said. "And that's what we did."

More specifically, that's what LaValle did to put the Skippers (6-3-1) away.

Bob Bruski's goal made it a 3-3 game just 1 minute, 59 seconds into the third before LaValle scored two goals 2:04 apart down the stretch to give the Pioneers (7-2-1) a 5-3 win in the Gold Division championship of the Schwan Cup. It was Hill-Murray's first Gold championship in the 10-year history of the event.

"We knew what happened [Saturday] was probably going to happen," Lechner said. "It's easier said than done, but we just had to calm down to handle the challenge. Calm the storm, get things under control, get a spark."

Bruski's goal, a backhander into an open net, provided that much before LaValle took over.

On a line with Loren French and Ryan Holler -- one unit of three that Minnetonka coach Brian Urick said can "scoot" for the Pioneers -- LaValle made a heads-up play to get the game-winner.

French kicked the puck to his stick coming out of the Skippers zone and fired a long shot on Minnetonka goaltender Alex Glockner. Despite a Skippers defender on LaValle the whole sequence, LaValle crashed the net and scored.

"They got a lot of chances with rebounds," Lechner said of LaValle's pairing. "The system that line plays, that's how they like to score goals. The pucks were lying there, and those guys finished it up."