Warriors turn up the defensive intensity 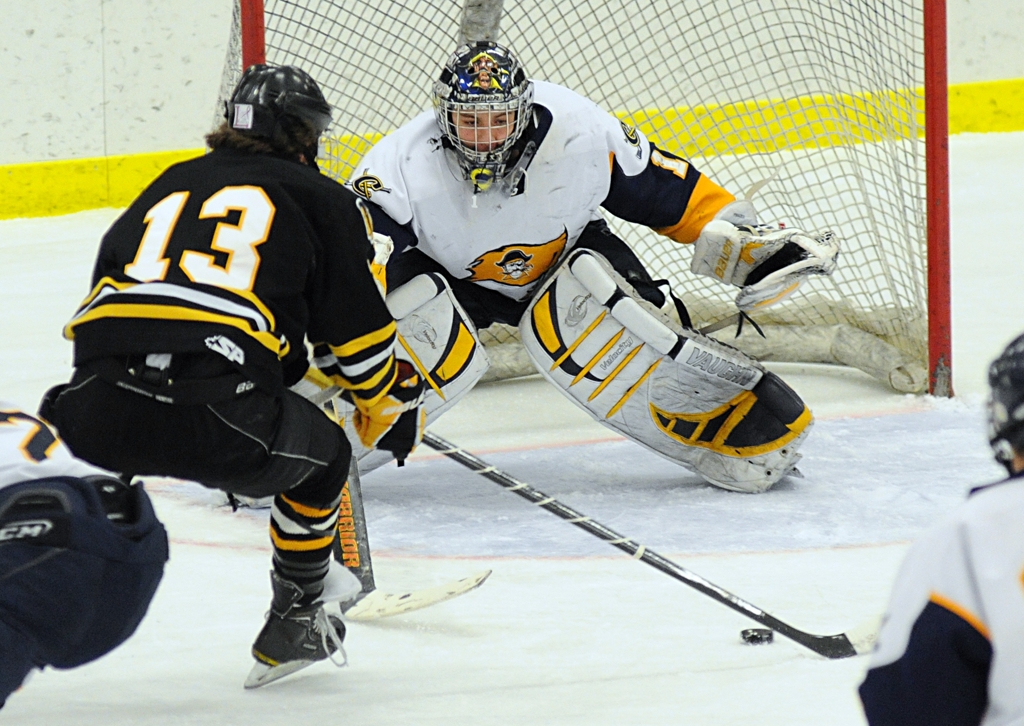 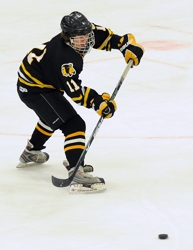 Tyler Elson (11) of Warroad makes the pass on the game-winning goal (Photo by Tim Kolehmainen).

This wasn’t the way it was supposed to be.

Heading into mid-December, powerful Warroad was in an unusual position. The Warriors had lost four straight games to fall below .500 (3-4-0), a benchmark not common in Warroad varsity hockey. The team was struggling to score goals, with back-to-back shutout losses at the hands of Bemidji and East Grand Forks.

That’s when Warroad turned up the defense.

Since that point, the Warriors have ripped off eight straight victories, the latest a 3-0 shutout of host Crookston Saturday night at the shiny Crookston Sports Center.

“It’s a skill just like stickhandling and passing the puck, preparing yourself for a game mentally,” said coach Albert Hasbargen. “We have some young guys who are learning that and some old guys who had to find it again.”

During its eight-game winning streak, Warroad (11-4-0) has taken its defensive game to a different level. The Warriors have allowed just nine goals in the eight games, all backstopped by junior Andy Foster, including just one goal in the last three games (shutouts of Crookston and St. Cloud Cathedral sandwiching a 4-1 defeat of rival Roseau). He stopped all 23 shots he faced against the Pirates Saturday night.

Warroad picked up the only goal it needed midway through the second period, courtesy of the “White Line.”

Casey Anderson sent linemate Tyler Elson streaking down the left wing with Austin Streiff on a 2-on-1. Elson’s pass to Streiff was deflected on net, but he followed the rebound and poked it home for a 1-0 lead. The “White Line” was Warroad’s best offensively, as it created several good scoring chances.

The game remained 1-0 until a pair of goals 19 seconds apart put the game out of reach. Eric Miller and Kyle Sylvester scored early in the third to stretch the lead to 3-0.

“Those two quick goals were really a backbreaker for them,” said Hasbargen.

Crookston played a good defensive game, keeping the Warriors out of the middle of the offensive zone and forcing them to shoot from the perimeter. A shot chart of the game looked like a rainbow in front of goaltender Kollin Erdman, who made 32 saves.

“They plug up the middle and don’t give you anything in close. You have to shoot from outside and it works for them,” said Hasbargen. “We preach to our guys to get the puck through, find an opening and go for rebounds.”

The Pirates (6-9-1) have been plenty stingy on defense, but have a four-game losing streak to show for it. Crookston has just two goals in that span, a fact that concerns head coach Jon Bittner. He feels his team is close to becoming a factor in the Section 8A race, having already beaten East Grand Forks and playing tough in its other 8A games.

Bittner has four very steady defensemen in Mark Bittner, Austin Proulx, Ryan Bittner and freshman Justin Cameron in front of Erdman. It’s been a good combination to keep the Pirates in most games.

“Defensively, we’re playing fine,” said Bittner. “(But) you’re not going to win many games (scoring half a goal a game). Offensively, we have to get our legs back and get after them a little bit.” 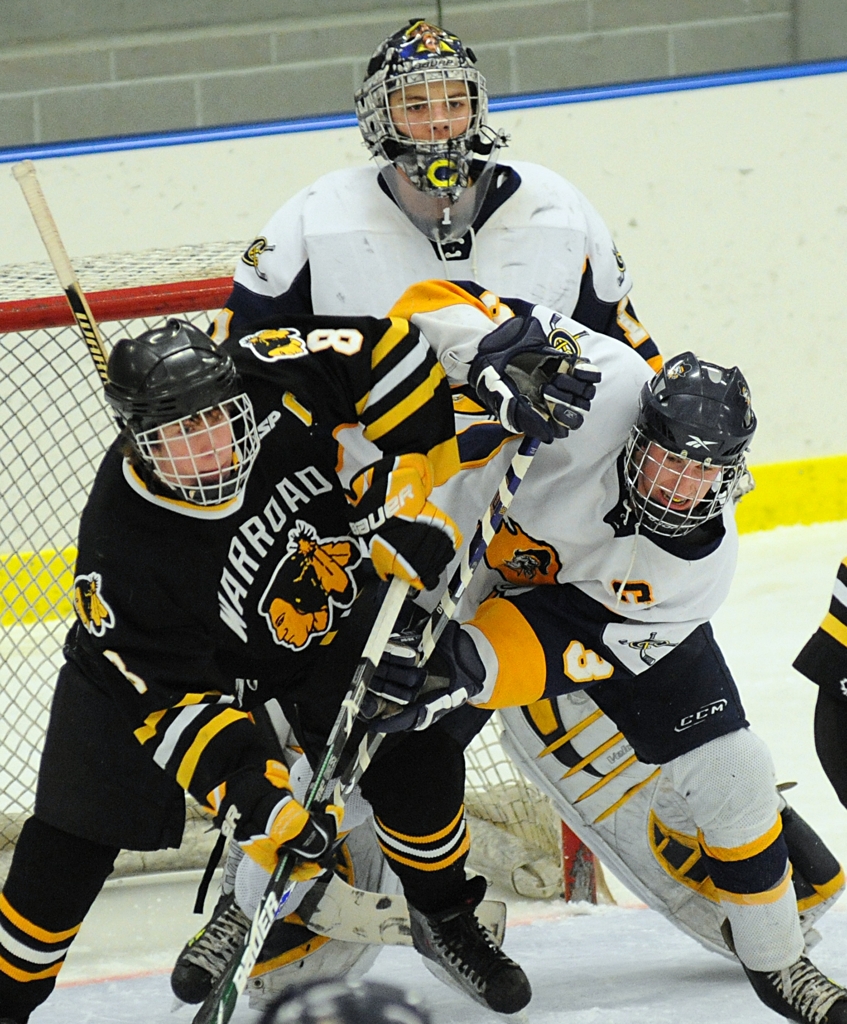 Our archived photos of the game number more than 250, so if there are any photos you may wish to purchase that aren't located in the gallery, please contact us at tim@breakdownsportsusa.com

1. Andy Foster, Warroad
The junior goaltender continued his stellar play of the past month, winning his eighth straight game with his second shutout during the streak.  He has allowed just nine goals in the eight games.  Foster saw 23 shots from the Pirates and stopped every one of them.

2. Tyler Elson, Warroad
Scored the game's first goal -- which proved to be the game-winner -- in the second period.  Elson and linemates Casey Anderson and Austin Streiff (the Warriors' "White Line") were the best offensive threat Warroad had all game long.  Created havoc in the Crookston defensive zone and meshed well as a line.

3. Mark Bittner, Crookston
While the Pirates struggled to find offense, they were very sound in their defensive zone, led by their senior leader on the blue line.  Bittner played every other shift during the game and was a solid defensive presence.  The quartet of Bittner, Austin Proulx, Ryan Bittner and Justin Cameron was solid.