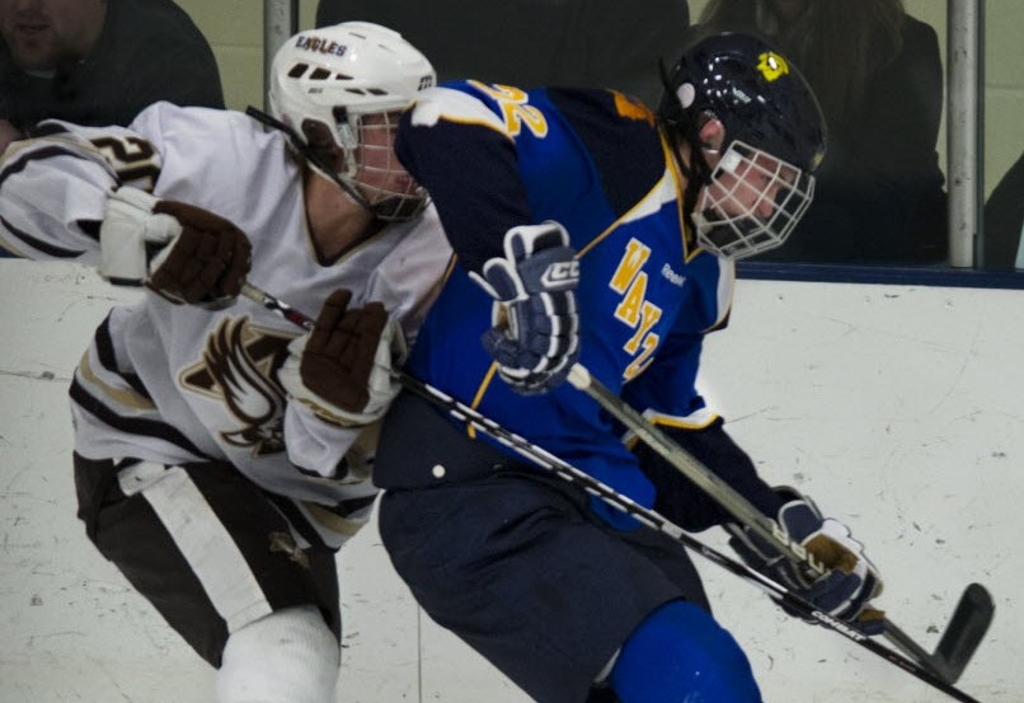 Lucia won’t be there to help the Trojans in Thursday’s rematch. He drew a game disqualification for fighting against Moorhead and must sit out Thursday’s 7 p.m. game at Edina.

“There were a few seconds left in the game [a 4-1 Moorhead victory] and one of their guys grabbed one of our guys by the head and threw him down,” Wayzata coach Carl Davis said. “Mario was standing up for his teammate, but it wasn’t a good decision on his part.”

Without Lucia, who leads No. 6 Wayzata (12-3) with 17 goals is the top-rated Minnesota high school player according to NHL Central Scouting’s 2011 mid-term rankings, the challenge to beat No. 1 Edina (9-2-2) is greater.

“We count on Mario for a great deal of our success,” Davis said. Lucia will return to the lineup for Saturday’s game against No. 2 Eden Prairie.

Edina persevered for one-goal victories in each of its past two games, beating Holy Angels and No. 4 Benilde-St. Margaret’s by 5-4 scores. Michael Fogarty, Michael Sit and Ben Walker lead a swift and skilled group of forwards who put pressure on teams for 51 minutes. Sit and Walker combined for three goals against B-SM while Fogarty posted a three-point game against Holy Angels.

Both Edina and Wayzata, Davis said, look different since playing back on Nov. 27.

“I think both teams were just trying to figure things out,” Davis said. “From what I’ve seen of Edina, they are moving the puck really well right now. We slumped a bit over the holidays and have to work on cleaning things up in our defensive zone. But playing Edina is always a fun challenge.”