While his former youth hockey teammates left in droves for private schools, Jake Hale, who attends Southwest, chose a sense of loyalty over his own options. 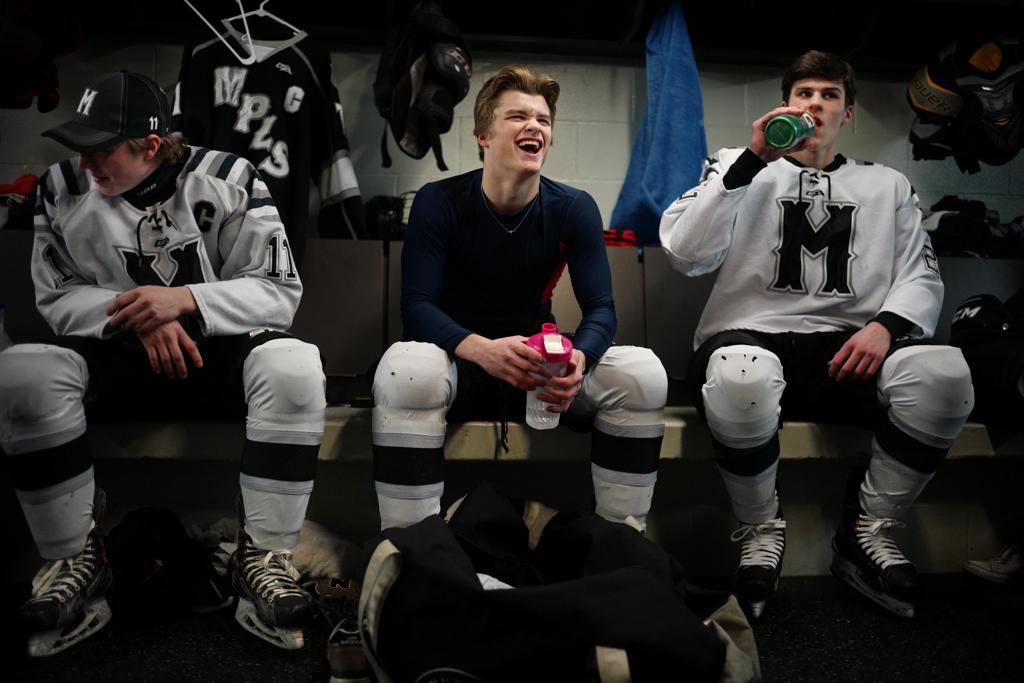 Hale, a sophomore who verbally committed to Minnesota Duluth, provides a marquee name for the Minneapolis team, which is open to players from all seven public schools. While his former youth hockey teammates left in droves for private schools, Hale, who attends Southwest, chose a sense of loyalty over his own options.

“There was a ton” of pressure, said Hale, whose older brother Zack won a Class 2A state title with Benilde- St. Margaret’s. “A lot of guys were hitting me up with texts in eighth grade, like, ‘Where you going next year? You want to come check it out here?’

“It’s kind of humbling getting all those people to contact you, so I can see why some guys leave, but it’s just not worth it, in my opinion.”

Hale is the first player at a Minneapolis Public School program to verbally commit to play Division I hockey since his coach, Joe Dziedzic, did the same in 1990.

“It’s a testament to his character,” said Dziedzic, who starred at Edison and later for the Gophers. “He could’ve gone to multiple schools and he stayed here.”

Despite being by far the state’s most populous city with 382,578 people, Minneapolis hasn’t had a school win a state championship in 47 years and it’s been 23 years since a city school made the state tournament (Edison). Of 16 players who attended city public schools while they skated with Hale on his Bantam Double-A team, 11 now play for private school programs this winter.

Hale’s loyalty and success has Minneapolis hockey leadership hopeful more young players will stay, in numbers that would give the varsity program a better chance of ending postseason droughts.

It’s not only Hale. Increased offseason hockey training raised the team’s ability level, Dziedzic said. A solid junior class features Jake Erickson, Campbell Goff, Gavin Miller and Will Stevens, players considered among the best at the youth level who chose Minneapolis. They have pushed the team to a 12-11 record with two regular-season games left.

But Hale, who leads the team with 20 goals and 24 assists, provides something special — star power.

“That’s a big deal because everybody thinks they have to go where programs are having more success to be found,” Dziedzic said. “But I’ve got a lot of buddies who are scouts, and their job is to find that player whether you’re in Edina or Minneapolis or Luverne.”

Jake Hale headlining an improved team gives students, parents, fans and, most importantly, young hockey players — swimming in their black or white Storm jerseys with the purple and orange trim — reason to cheer and dream local dreams. At a recent game one fan sported a T-shirt that read “612 Hockey,” a nod to the Minneapolis area code.

“Jake is a very special kid and a hell of a great guy,” Bisbee said. “I have the utmost respect for him as a person. He chose the program above himself, and that makes it a better program.”

“We had a couple of nice players, and then it just dropped off,” Dziedzic said. “No disrespect to the other kids. They were good athletes but hockey-wise, they didn’t have the same skills. They made the team because there was nobody behind them.

“Hale is different,” Dziedzic said. “He was the one kid playing hockey all the time. Now we’re seeing guys doing more in the offseason because that’s what it takes.”

When senior Ben Neal arrived on varsity as a sophomore, some of his peers only played recreational hockey.

“The guys on the team right now want to be here after practice, working out or going to play pond hockey,” Neal said. “It’s more of a hockey culture surrounding Minneapolis now.”

Minneapolis has competed well against top-15 teams so far this season, defeating Orono, splitting two games with St. Paul Johnson and losing by a goal against Blake. The team also split two games with Holy Angels, a Class 2A program.

“It’s not, ‘Oh, Minneapolis is senior night this year — it’s an easy win,’ ” Neal said. “With Jake and our overall level of compete, it’s put us closer to what old Minneapolis hockey players are used to — contending for a section championship instead of hoping to win a section game.”

Imagine the Hollywood script. Minneapolis battles Breck or Blake to overtime of the section final. Hale scores. Minneapolis goes to state. Top youth players vow they will play for Minneapolis someday and enjoy the same experience.

In reality, it will be a long, challenging process. So, too, is Hale’s role. After all, he is a sophomore, not a savior.

Showing what Dziedzic called “mental weakness,” Hale drew a five-minute major penalty for hitting a St. Paul Johnson player in the head. Dziedzic sat him for a few additional shifts.

“He needed to be sent a message, ‘That’s not acceptable,’ ” Dziedzic said. “He was getting frustrated, and he knew he took a bad penalty that cost us.”

An upper-body injury wiped out almost half of Hale’s freshman season. His 14 goals ranked second on the team, but Hale’s fixation with numbers concerned some teammates.

“Last year he was worried about how many goals he was going to score,” Neal said. “Over the summer, when he played with some top players, he matured a little bit. This year he’s been really good about passing the puck.”

Dziedzic recalled a sequence against New Prague in which Hale maneuvered around two players and found an open teammate near the net.

“Even though our guy didn’t score, Jake made the right play,” Dziedzic said. “I told him, ‘That’s what I’m talking about.’ You talk to any coach or scout and they’ll say good players make those around them better. He’s learning to do that.”

A big reason Hale stayed is knowing he needs these teammates and friends as much as they need him.

“It’s a great honor, with all the history that Minneapolis hockey has had, to kind of be given the title of the one who is kind of bringing it back,” Hale said. “But I don’t really say it’s just me that’s bringing this program back. It’s all the guys in the locker room putting in the extra work.”