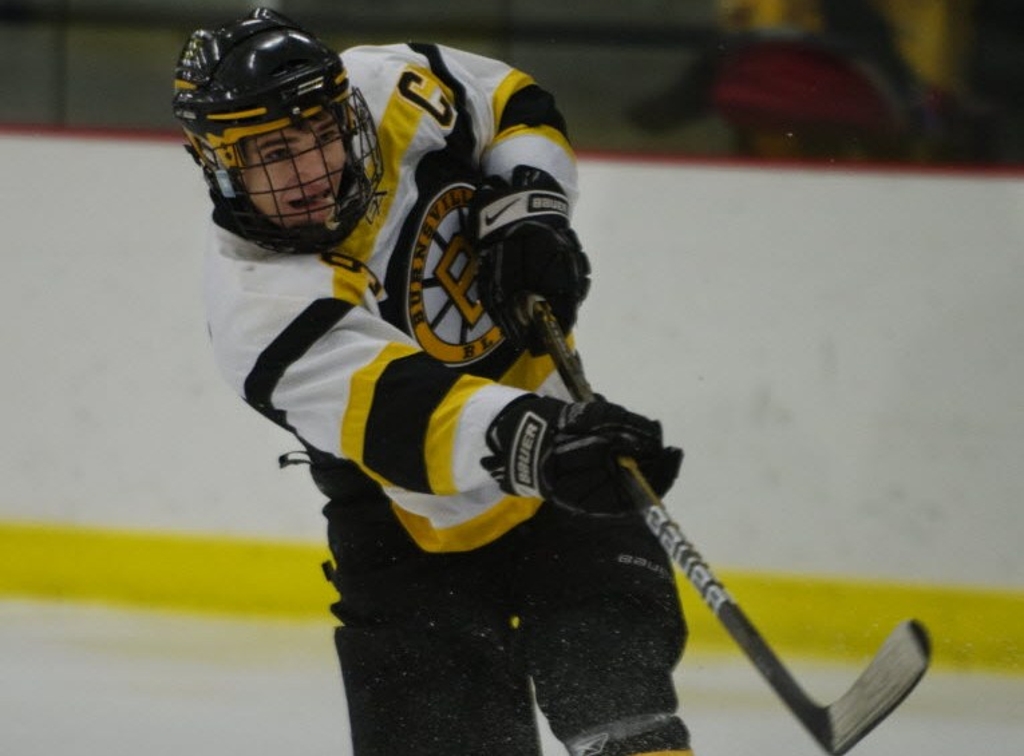 Wayzata’s comeback victory against Edina in overtime was not the only wild boys’ hockey game played on Thursday.

No. 9 Eagan and No. 10 Burnsville each scored three times in the first period. Then the Blaze appeared to pull away with four goals in the second period. Eagan’s spirited response, a three-goal third period, fell just short as Burnsville prevailed 7-6.

The South Suburban Conference rivals skated to a 2-2 draw in their first meeting – an overtime game that saw a combined 82 shots on goal. Goaltenders Tommy Bodeker (Eagan) and Bodhi Engum (Burnsville) shared the spotlight that night. On Thursday, both were looking for a place to hide.

Goals from Eagan’s Ryan Nelson and Michael Zajac gave the Wildcats a 2-0 lead midway through the first period.

“They came out hard in the first half of the first period,” Blaze coach Janne Kivihalme said. “We responded in the second half.”

Burnsville’s Mike Dockry and Mason Wyman tied the score 2-2. And Wyman’s second goal of the first period tied the game once again, this time at 3-3.

Kivihalme said his team was “solid in all aspects” in the second period, an understatement considering the Blaze outshot Eagan 18-5 and scored four unanswered goals. Jace Childs scored twice, followed by Wyman’s third goal of the game and Dockry’s second goal of the game.

Trailing 7-3 halfway through the third period, Eagan erupted for three goals in 1 minute and 36 seconds. Sam Wolfe and Nick Kuchera scored power-play goals and Will Merchant added a goal. Zajac assisted on all three goals.

Despite Eagan’s comeback, Burnsville held on for the victory.

“I thought we played a better third period than we have in awhile,” Kivihalme said. “We were pretty good in the defensive zone; we just got into a lot of penalty trouble.”