The Tigers had a fast start, beating the Bears 5-2 to advance to the section final. 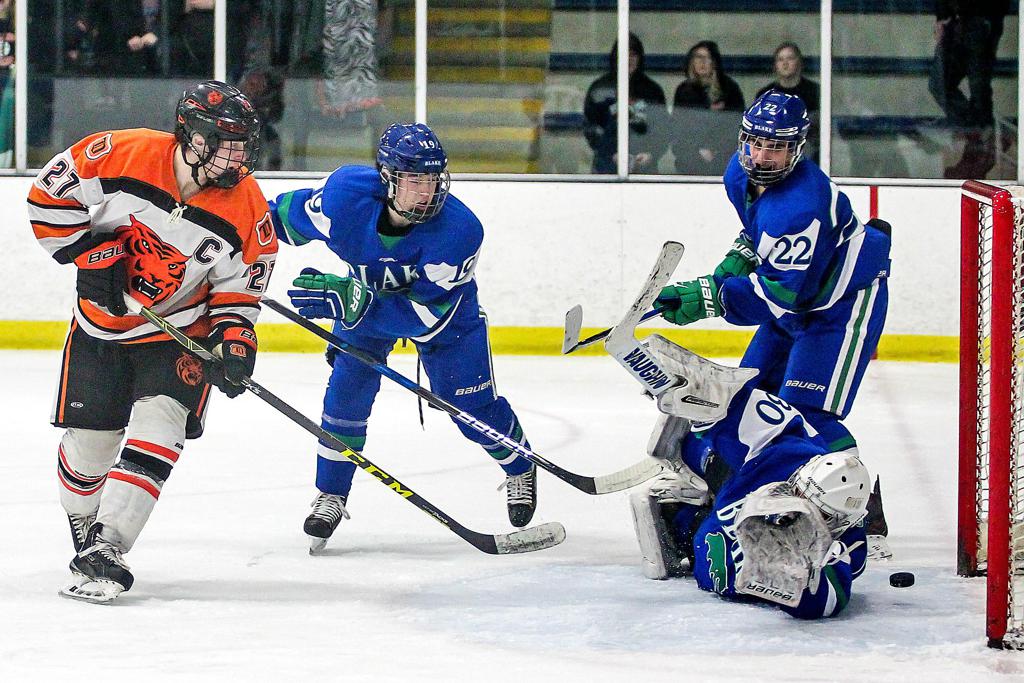 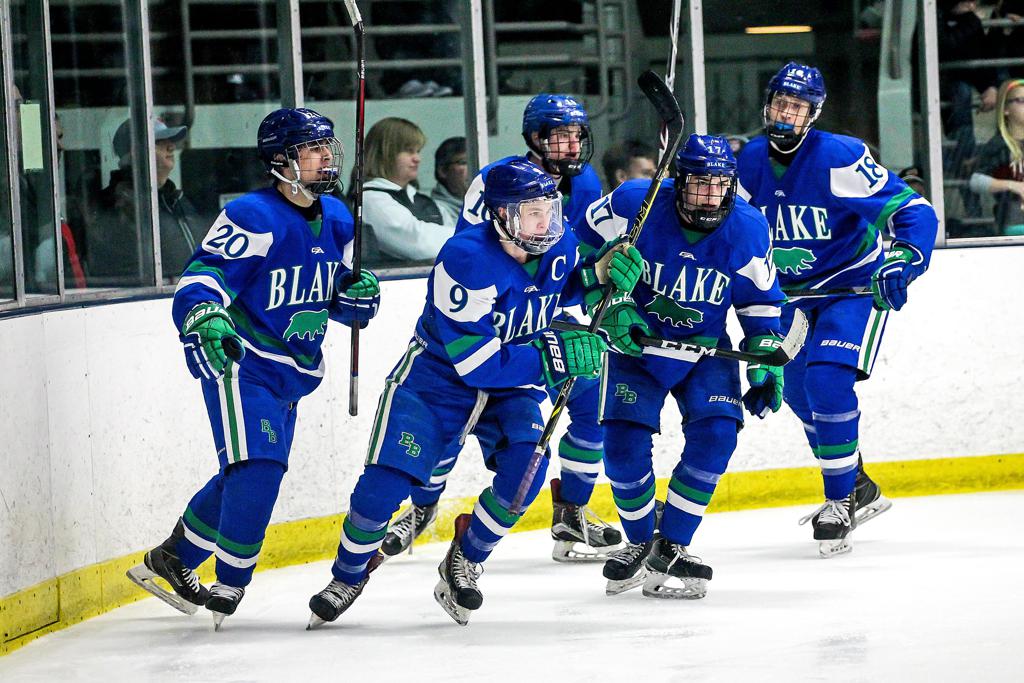 Blake forward Sasha Shogren (9) leads his teammates back to the bench after scoring his second third-period goal to cut Delano's 4-0 lead in half. Photo by Mark Hvidsten, SportsEngine


Delano seized an early lead and held on through periods of undisciplined play and uncharacteristic breakdowns en route to a 5-2 victory over Blake Tuesday night at Parade Ice Garden in Class 1A, Section 2 semifinal action.

It wasn’t the cleanest or complete performance of the season for the Tigers, ranked No. 3 in Class 1A in the state coaches' poll, but it does advance them one step closer to their ultimate goal.

"Pocket this one and learn from it," said Delano coach Garrett van Bergan.

“We’ve got a lot of confidence in our offense, and truthfully our defense played well,” he said. “But we spent way too much time playing shorthanded. We need to compete better, and play more disciplined.”

Delano drew seven penalties, and after the fiery start, spent much of the third period just trying to hold on to what it had built.

Plenty of attention has been paid to Delano’s top seniors, including Mr. Hockey finalist Ben Meyers. Though it wasn’t the first or the second line that got the Tigers going, but rather third-liner Ross Oja who struck twice early, putting Delano on the path to victory.

Oja, who entered the game with just one goal this season, opened the scoring 4:09 into the first period, and added another goal seven minutes later to jump start a Tigers offense that entered the game averaging nearly seven goals per game.

“Ross makes the most of his opportunities, and it’s a lot of fun to see a kid with a big heart like that get rewarded,” van Bergan said. “It’s what this team is all about...brotherhood. Obviously, a lot of attention is paid to (others), but when you get secondary scoring, it allows you to do a lot of great things in the playoffs.”

Meyers also had his hand in the victory, scoring twice for the Tigers.

Trailing 4-0 heading into the third, No. 17-1A Blake (13-14-0) came to life in the third period with a pair of goals from senior captain Sasha Shogren. Shogren’s second goal midway through the period trimmed the deficit to two goals, but that is as close as the Bears would come since the opening minutes.

Delano goaltender Jackson Hjelle finished with 19 saves in the victory, while his counterpart, Aksel Reid made 18 stops for Blake.

Top seed Delano (23-3-1) advances to the section final, where they await the winner of Minneapolis and Breck.

Regardless of the opponent, van Bergan said it’s imperative to regain focus and get back to the business of playing true Delano Tigers hockey.

“We believe we are in a position to do what we want to do,” van Bergan said. “But when we play as individuals, and play undisciplined, it won’t work. Our guys know that, and hopefully tonight is a good reminder of that.”