Hill-Murray has St. Thomas Academy and fundraising on its mind 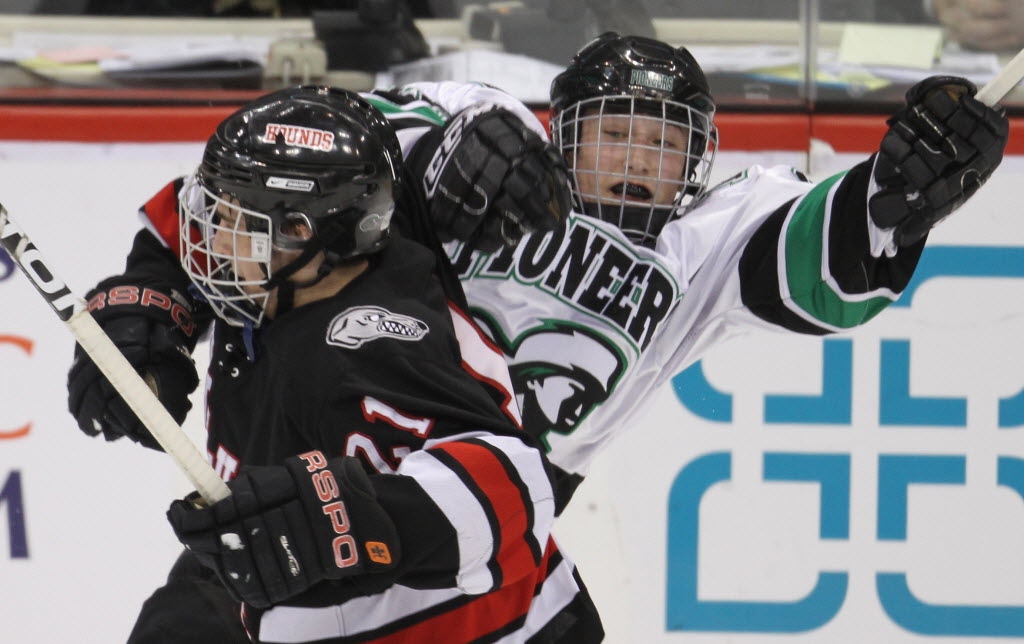 Hill-Murray, ranked No. 1 in Class 2A by the Minnesota Hockey Hub, plays host to St. Thomas Academy, No. 1 in Class 1A, at 8 p.m. Thursday at Aldrich Arena.

But in some ways, it might rank as the second most important game this week for the Pioneers, who will use Saturday’s 8 p.m. home game against Mahtomedi as the backdrop for a fundraiser to fight breast cancer.

With a goal to “Fill the Rink with Pink,” T-shirts will be sold to fans. Hill-Murray’s players will wear pink warm up jerseys, which will then be sold or auctioned off. Each of the 20 Hill-Murray players are trying to raise $300, which will be given to Susan G. Komen for the Cure, one the world’s best known breast cancer foundations.

Hill-Murray sophomore forward Zach LaValle approached coach Bill Lechner about putting on the event. LaValle said his family has not been impacted by breast cancer, but he knows many friends have not been as fortunate. He has helped organize similar events for hockey teams he played on in the past.

“It’s important to me because so many of my friends have been touched by breast cancer,” said LaValle, who draws a ribbon on the pink tape he wraps around the knob of his sticks. “It’s not a big deal to go out of my way to help.”

LaValle said he has raised almost $1,000 in donations toward Saturday’s event.