Move to Class 2A all good for St. Thomas Academy 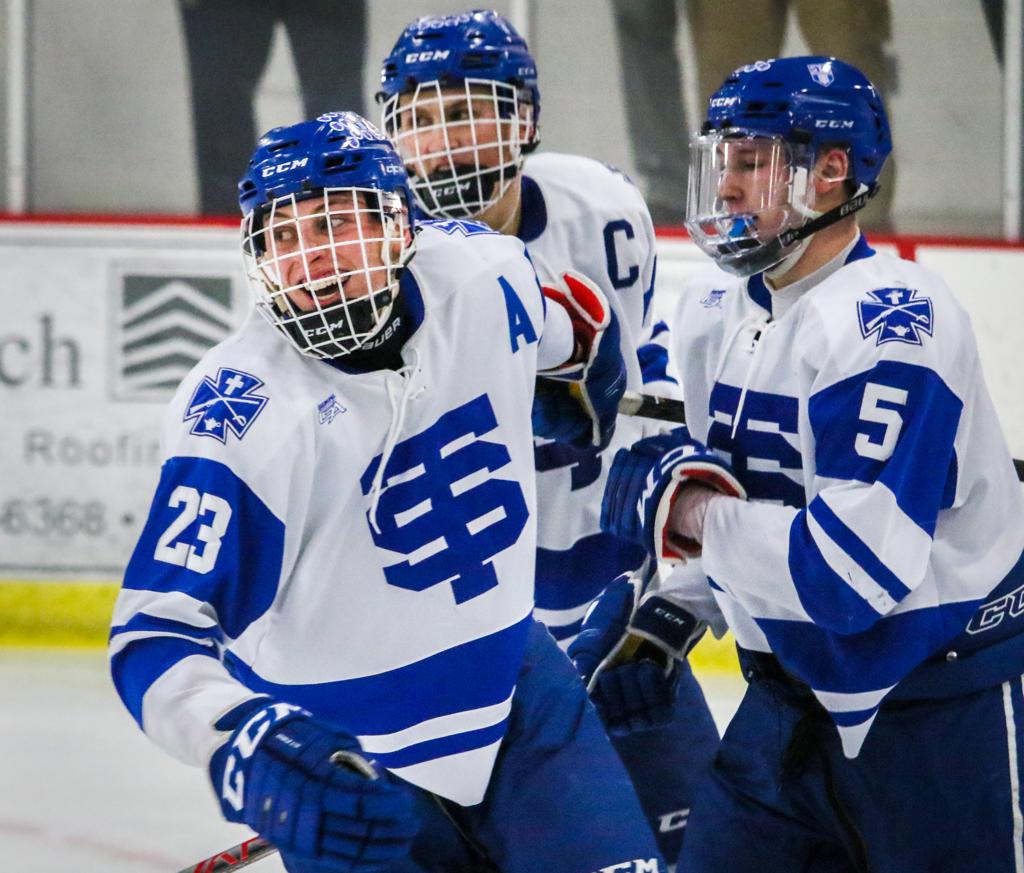 Greg and Tom Vannelli had a simple game plan when they arrived as co-coaches at St. Thomas Academy: To share the knowledge of the game gained during their playing days as well as teach today’s youth how to compete.

What quickly transpired was even beyond their imagination — the building of a state power. The Cadets are ranked No. 7 in Class 2A by Let’s Play Hockey, four years after moving up from Class 1A.

“It grew to a point of creating other situations,” said Greg Vannelli, who played collegiately at the University of St. Thomas while Tom played for the Gophers. “Winning will do that.”

The two didn’t waste any time in getting the Cadets to buy into their system in their initial season (2003-04). They inherited a program coming off a 3-24 season, and winless in 16 games in the Classic Suburban Conference.

“They had been to the state tourney (1999) before we got there, but were very inconsistent,” Greg Vannelli said. “We wanted to raise the bar, achieve a higher level. We needed the players to focus on the non-fun stuff, hard work and consistency.”

The turnaround happened immediately. The Cadets went 14-12-1, including a Section 3 tournament victory in Class 1A. Momentum had been established for the future.

“We had 100 percent of the players on board with our high expectations,” Greg Vannelli said.

Two years later, the Cadets won the first of five Class 1A state championships with a 4-3 victory over Duluth Marshall. They concluded the run with three consecutive titles from 2011-13.

“Our players really bought into the fact that the name on the front of the jersey was more important than the one on the back of the jersey.”

It led to the climb to Class 2A for the 2013-14 season, a move the Cadets had been hearing about from critics for years.

“It wasn’t based on proper information,” Greg Vannelli said. “They didn’t have the facts right. We don’t have a big pool of kids.”

The change in class also was the first year for senior forward Willie Reim. He has seen his role gradually increase since that freshman season. His older brother, Victor, also played for the Cadets.

“Going to Class 2A added a new dimension,” Reim said. “We were ready for the challenge. It pushed the program in a new direction.”

The Cadets have reached the Section 3 championship all four years, reaching the Class 2A state tournament for the first time in 2015. Reim credits the coaching staff for the program’s success.

The Vanellis “have a unique style, but the key is the way they interact with the players,” Reim said. “It always helps when you love your coaches.”

Reim and Robbie Stucker, two of seven seniors on the roster, lead the Cadets in scoring with over 40 points each.

The team has six sophomores.

“Sometimes it’s tough to match up physically,” Greg Vannelli said. “We have to use all three of our classes. We don’t have a large group of seniors like some schools.”

Reim knows first hand what the younger players go through.

“The older you are comes size, weight, speed and a better feel for the game,” Reim said. “You can really see their growth throughout the year.”

It’s a process Reim wouldn’t trade for anything.

“This is the most fun four years I’ve ever had. It’s been a blast,” Reim said. “We are one team, not one man. We need everybody in order to be successful. It’s a unique brotherhood.”