Here's more on the quarterfinal matchup between the Moose and the Tigers: 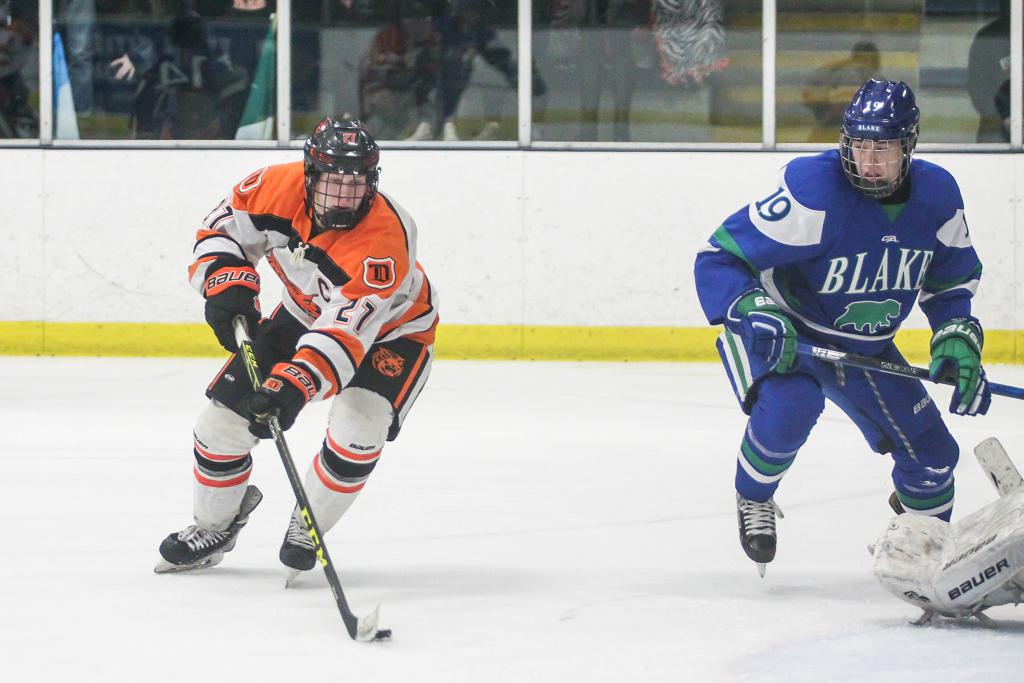 Delano forward Ben Meyers, left, is a Mr. Hockey finalist who has committed to Maine.

Scouting the Moose: The program’s first state tournament appearance should help divert attention from a previous claim to playoffs notoriety: A 27-0 loss to Moorhead in a 2004 section quarterfinal that is believed to be the most lopsided score in state history. Junior Ben Ward centers the top line and has 26 goals and a team-best 71 points. “He’s a special player,” said second-year coach Eric Nelson, who played for Monticello and graduated in 1997. Burly Nick Zwack, a 6-foot-3, 196-pound first-line wing with 27 goals and 30 assists, has committed to play Division I baseball at Xavier.

Worth knowing: Meyers, who holds all of Delano’s major career scoring records, ranks 11th in state history with 265 career points.