The Raiders' victory over the third-seeded Zephyrs marked the second upset in two games of the tournament. 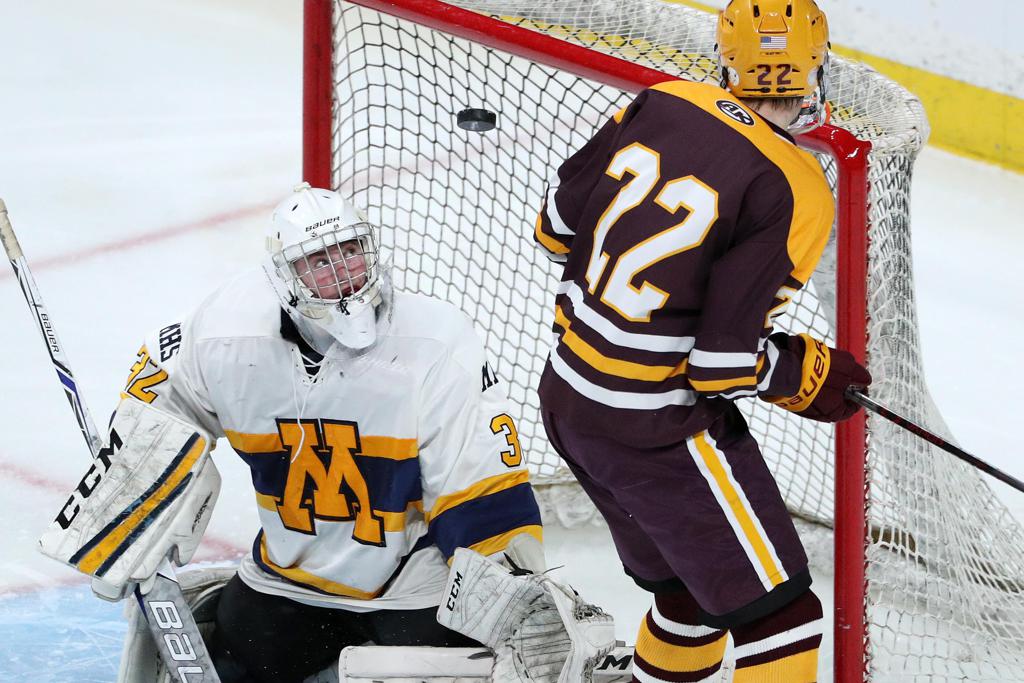 “Oh yeah, of course I knew the [celebration] even before I scored,” said Kvernmo after scoring twice to lead the unseeded Raiders to a 3-1 Class 1A quarterfinal upset of No. 3 seed Mahtomedi. “I told the guys, ‘If I score, I’m doing the Bazooka Celly.’ ”

Sure enough, he did. And he did.

The forward’s third-period goal broke a 1-1 tie and sent him scurrying to center ice, where he put his stick on his shoulder and fired two imaginary blasts into the bleachers, just as he had promised.

Bielenberg finished with 34 saves, and Kvernmo added an empty net goal in the final minute to help secure the victory in the Raiders’ first state tournament appearance.

Northfield (21-5-3) became just the fourth team to knock off a higher seed in the quarterfinals in 10 years of Class 1A tournament seeding.
Mahtomedi (16-12-1) opened the scoring in the first period on a goal from Dallas Duckson. Northfield’s Jacob Halvorsen tied it midway through the second. Then Kvernmo took center stage.

Northfield’s Nicholas Kvernmo scored twice in the third period to lift the unseeded Raiders past No. 3 seed Mahtomedi 3-1 on Wednesday in the Class 1A quarterfinals at Xcel Energy Center in St. Paul.

The victory marked the second upset in as many quarterfinal games Wednesday, after unseeded Monticello/Annandale/Maple Lake’s 3-2 shocker over No. 2 Delano in the tournament opener.

Kvernmo, a senior forward, scored the winning goal early in the third period on a low shot that skidded underneath the pads of Mahtomedi goaltender Bailey Huber. He added an empty-net goal in the final minute.

In the 10 previous years of seeding in the state tournament, the top four seeds had swept their quarterfinal games in nine of the 10 years. The top-seeded teams entered the tournament with a 38-2 overall record in quarterfinal matchups. 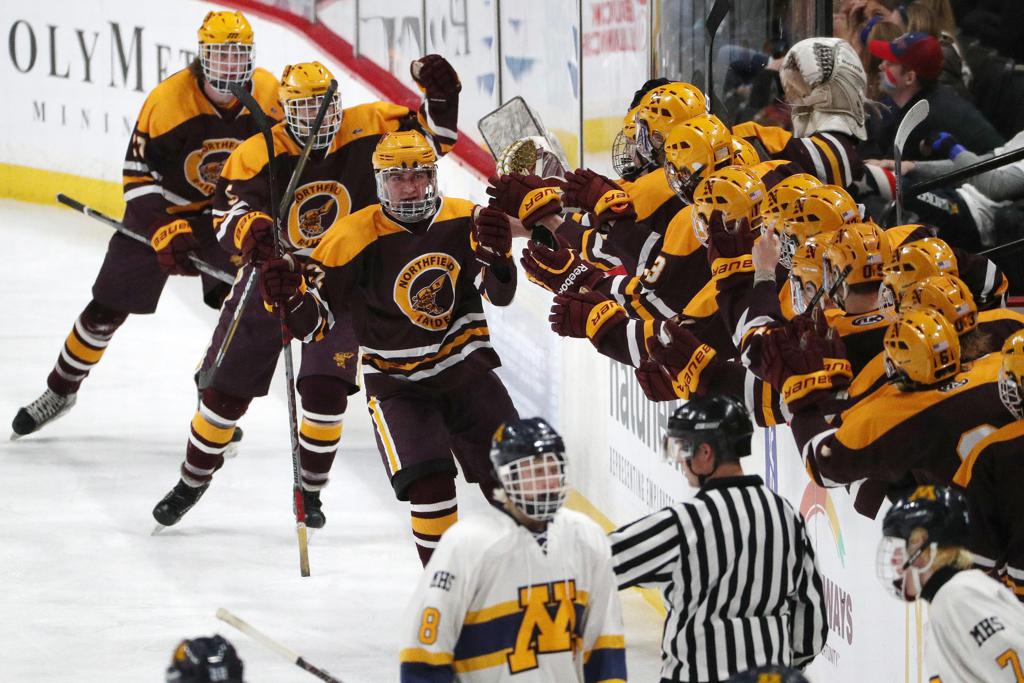