Goaltender Tyler Klatt made 33 saves and Nick Zwack scored twice to lead the Moose, in their first state tournament, to victory over the second-seeded Tigers. 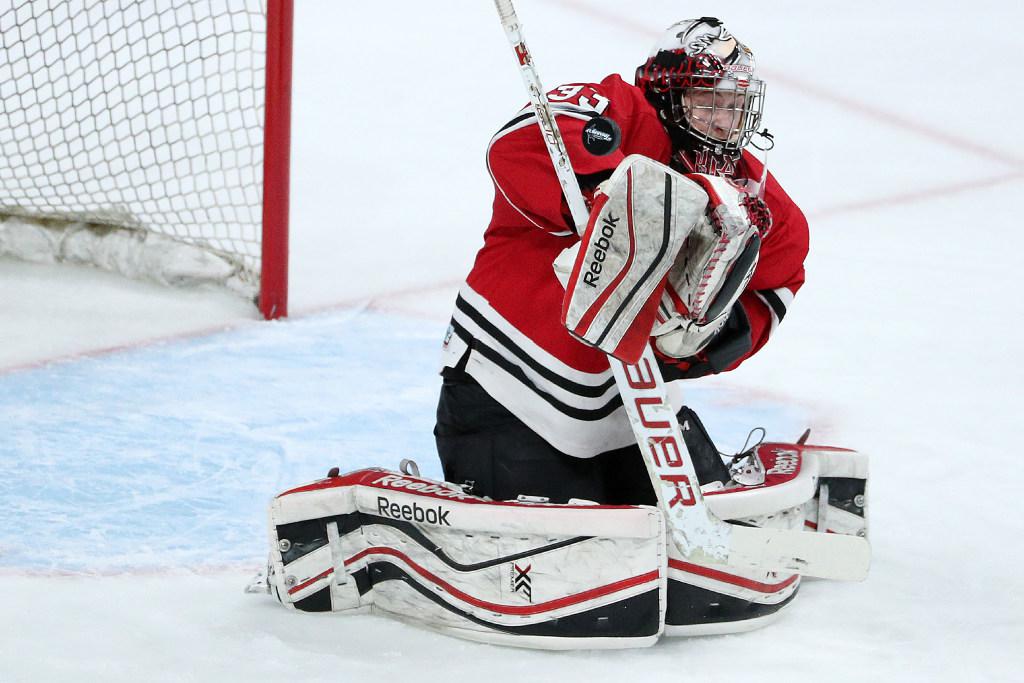 Monticello/Annandale/Maple Lake goaltender Tyler Klatt (33) makes a save in the fist period. He stopped 33 shots in his team's 3-2 victory. Photo: ANTHONY SOUFFLE • anthony.souffle@startribune.com

“The pressure is not really there for him,” Monticello/Annandale/Maple Lake coach Eric Nelson said Wednesday after Zwack, a senior forward, scored twice to lead the unseeded Moose (22-6-1) to a historic 3-2 victory over No. 2 seed Delano (24-4-1) in the opening round of the Class 1A state tournament at Xcel Energy Center in St. Paul.

“This season he’s been able to kind of let everything go. Which, if you watch good hockey players, that is their style of play.”

The victory marked the first time in 10 years of seeding the state tournament that an unseeded team knocked off a No. 2.

“Yeah, for sure we knew we could do this,” Zwack said.

Both teams were making their first state tournament appearances. Thanks in part to Zwack’s calming demeanor, the Moose appeared much more at ease playing on the state’s biggest stage.

Zwack’s killer scoring instinct was a factor, too, in upsetting Delano, ranked No. 2 in the state in Class 1A and a big favorite to advance to a projected championship showdown with No. 1 Hermantown. Committed to Xavier to play Division I baseball, the 6-3, 196-pound Zwack pounded a rebound into an open net to open the scoring. Then he used his skate to control a bouncing pass and score on a shorthanded 2-on-1 to put the Moose up 3-1 late in the second period.

Nick Zwack scored twice and Tyler Klatt made 33 saves as Monticello/Annandale/Maple Lake made Class 1A state tournament history by defeating Delano 3-2 in Wednesday’s quarterfinals. The Moose became the first unseeded team to upset a No. 1 or 2 seed in the 10 years tournament teams have been seeded.

Zwack, a senior who has committed to play Division I baseball at Xavier, opened the scoring early in the second period. He added a shorthanded goal with 3:49 left in the second to put the Moose (22-6-1), making their first state tournament appearance, ahead 3-1.

John Keranen scored a second-period goal for No. 2-seeded Delano (24-4-1), which has been ranked No. 2 in Class 1A in the state coaches’ poll for most of the season.

Troy Dahlheimer also scored in the second period for the Moose. 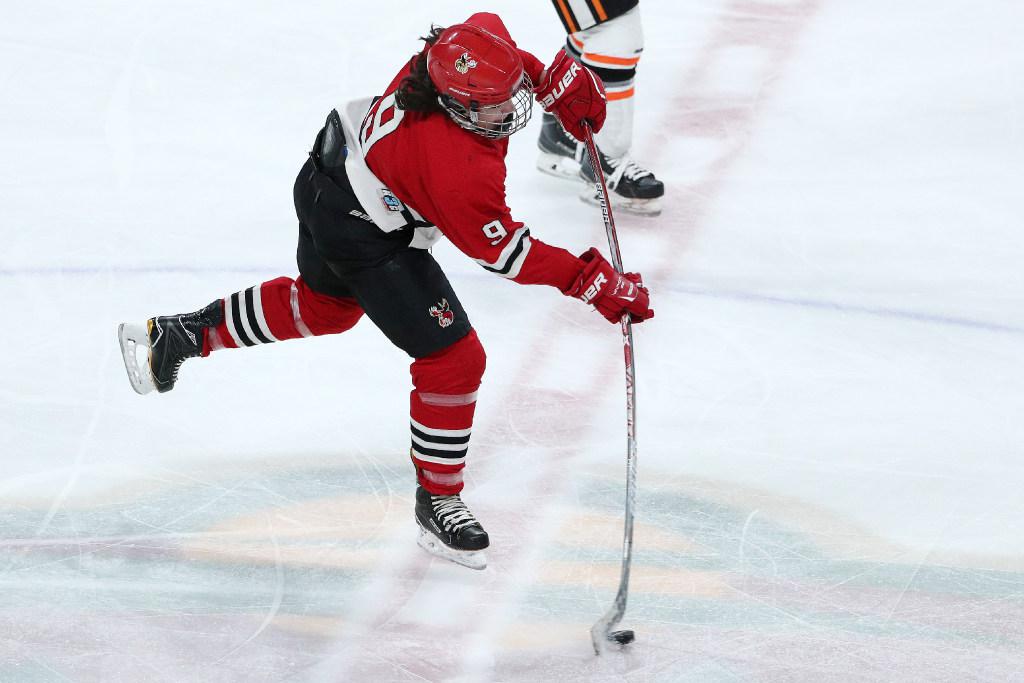