Reagan Garden’s second goal came in the third to give his Crusaders a cushion against the No. 4 seed Green Wave 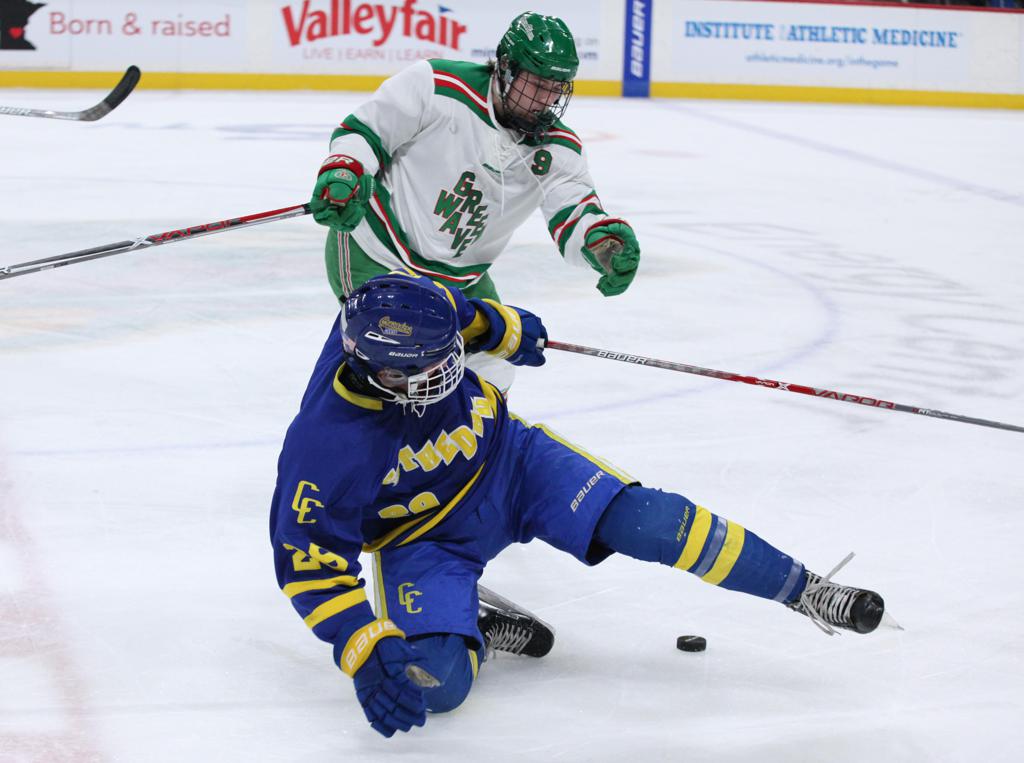 It didn’t take long for St. Cloud Cathedral and East Grand Forks to sense which team brought more juice to the party.

“We were chasing the game from the drop of the puck,” East Grand Forks coach Scott Koberinski said. “Our guys couldn’t match the intensity they had tonight.”

With the victory, No. 5 seed St. Cloud Cathedral (21-6-2) advances to Friday’s 1 p.m. semifinal against Hermantown for a rematch against a team that routed the Crusaders 7-1 on Jan. 6.

Garden’s second goal came in the third period to give his Crusaders a cushion against No. 4-seeded East Grand Forks (17-9-2).

“We definitely came out strong,” Garden said. “It did feel like they were chasing us.”

Then Garden struck just 1:35 into the third period to assert control by making it a 5-3 lead. His first-period goal made it 2-1 at first intermission and kept the Crusaders at least one step ahead the rest of the night.

Garden’s second goal came in the third period to give his Crusaders a cushion against No. 4 seed East Grand Forks (17-9-2).

East Grand Forks opened the scoring on Cody Wolff’s goal at 3:23 of the first period. The early deficit failed to unnerve the Crusaders. Nate Warner tied it 1-1 with a power-play goal at 6:34 and a late goal from Garden made it 2-1 at first intermission. 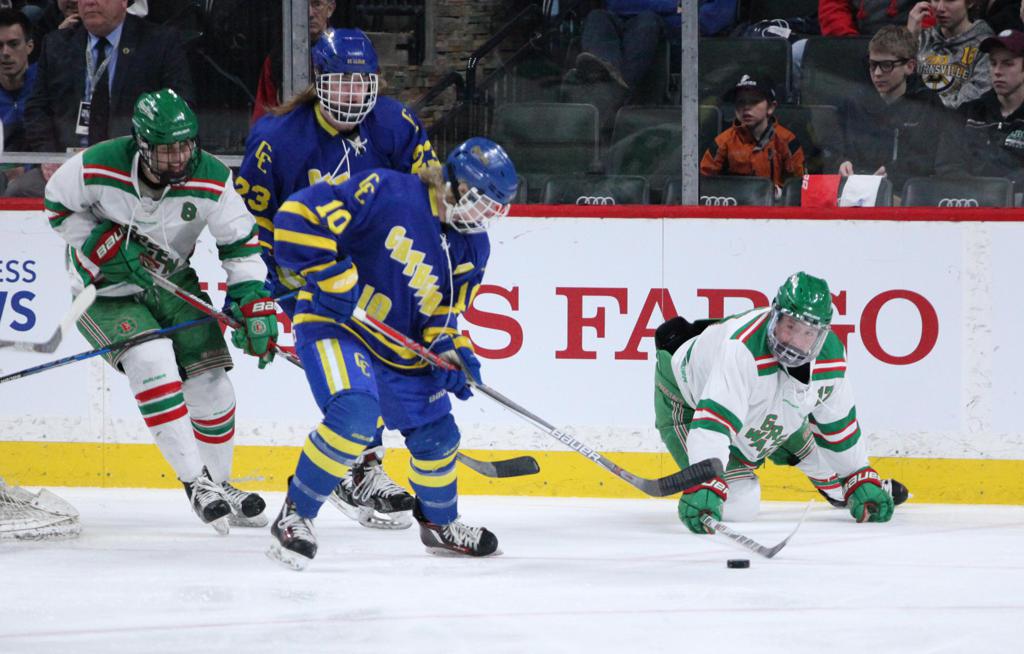