No. 1 Hermantown needs overtime to get past unseeded Luverne

Dylan Kolquist scored 42 seconds into the extra session to give the Hawks a 3-2 victory. 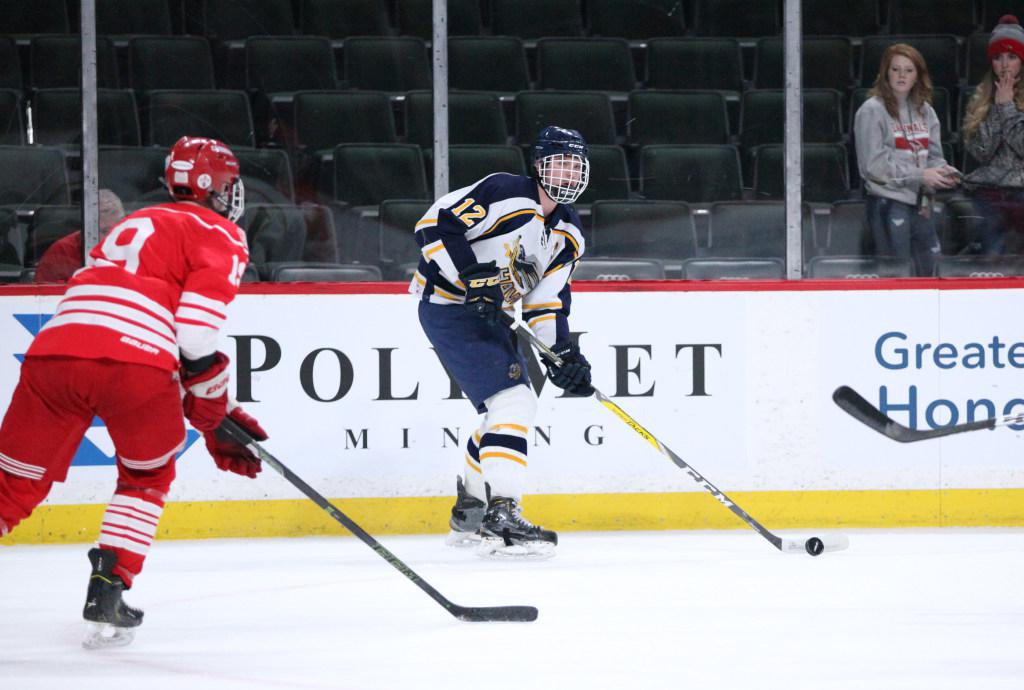 It took a goal scored 42 seconds into overtime by Dylan Kolquist for Hawks to escape with a 3-2 quarterfinal victory Wednesday.

Tyler Watkins and Ryan Sandelin gave Hermantown (27-1-1) a 2-0 lead late in the second period. But Luverne (22-6-1) got a power-play goal from Tyler Reisdorfer and trailed 2-1 at second intermission. Reisdorfer added a second goal with less than three minutes to play in the third period.

Sandelin said the crowd reaction was louder than any he has heard playing a game inside Xcel Energy Center.

Meanwhile, Luverne goalie Kaden Ericson kept stopping shots on the way to a 49-save performance.

A scenario where his team fell in a colossal upset wasn’t far from Hermantown coach Bruce Plante’s mind.

“In the third period I was thinking about Mariucci,” he said, referring to the arena where the consolation games are played.

Luverne had the momentum but Hermantown’s confidence lingered.

“We knew we had to get that first one pretty quick in overtime otherwise they would feel like they would have a real good chance at it,” Kolquist said.

First-year Luverne coach Phillip Paquette said keeping Hermantown in reach throughout “speaks to the effort the boys put in this season to get stronger in the defensive zone.”

It took overtime for defending champion Hermantown to escape Luverne 3-2 in their Class 1A quarterfinal on Wednesday at Xcel Energy Center.

The matchup featured the Hawks -- a northern Minnesota small-school dynasty aiming for their eighth consecutive championship game appearance -- against a hockey outpost in state’s southwest corner.

But Luverne (22-6-1) jumped at its late power-play opportunity. Tyler Reisdorfer scored with the man advantage, keeping the Cardinals within 2-1 at second intermission.

Reisdorfer scored his second goal of the game at 14:52 of the third period.

Hermantown will play the winner that emerges from Wednesday’s fourth quarterfinal between No. 4 seed East Grand Forks and No. 5 St. Cloud Cathedral. 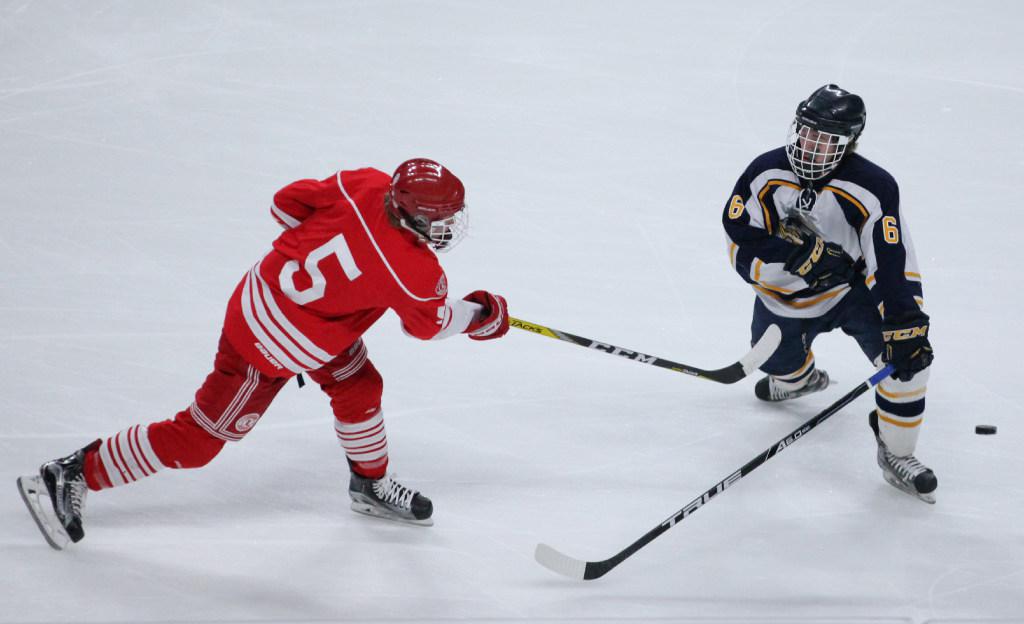