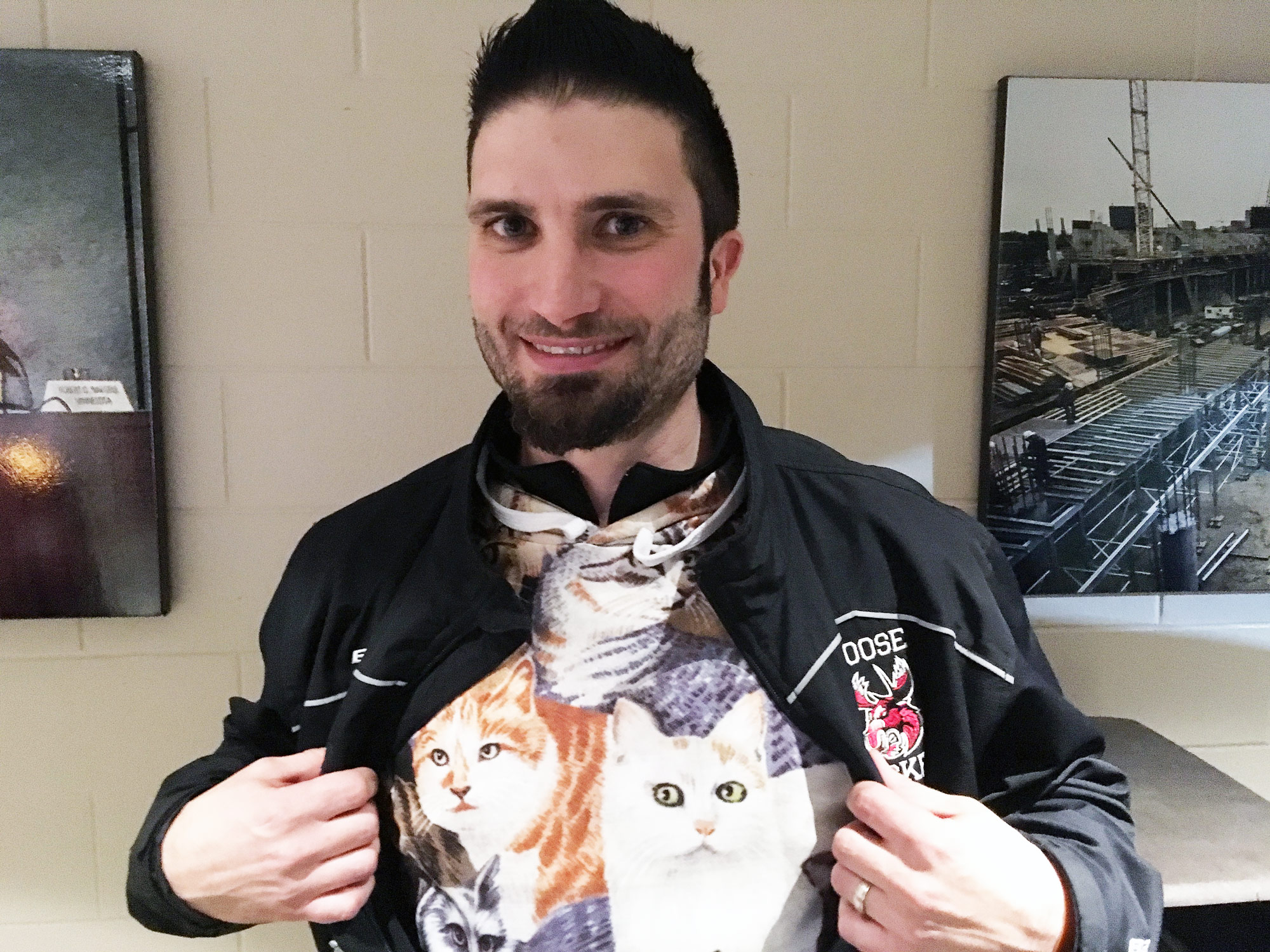 If winning cures all, it will be interesting to see how state tournament trips by both the Northfield boys’ and girls’ hockey teams this season affects long-standing facilities frustration.

“We really need a facelift; our locker rooms are pretty small,” Luckraft said. “The sheet of ice is great. It’s fast and it’s fun to skate on. But from a developmental standpoint, it’d be really nice for the team to have their own locker room.”

On the girls’ side, the Raiders made state tournament trips the past two seasons.

“There’s definitely meetings going on and there’s some steam,” Luckraft said. “And things like this help. It’s a big boost for sure.”

Luckraft, a standout at Burnsville in the mid-1980s, said, “We had a little bit of an inspirational talk from Jake Enebek [on Tuesday], who’s probably the leading scorer in the history of Northfield. He told a pretty unique story about during his time how they collapsed the chicken-wire boards on top of the ice after a big goal.”

Do you believe in miracles?

For most of the last decade, blowouts have been the order of the day during the Class 1A quarterfinals.

Upsets? The lower seeded, or unseeded, team had won just won two of the previous 40 opening round matchups before Wednesday. Then, in the tournament opener, unseeded Monticello/Annandale/Maple Lake knocked off No. 2 seed Delano 3-2, followed by unseeded Northfield’s 3-1 stunner over No. 3 Mahtomedi to close the morning session.

“I think it really did (inspire us),” said Ericson, who stopped 49 of 52 shots in the Cardinals’ near-upset of the No. 1 Hawks. “Everyone on the team was talking before the game how everyone better be watching, because it is a day of upsets today.”

“It was amazing to watch the morning session and see that anything is possible at the state tournament,” he said. “You just never know.”

As for Hermantown coach Bruce Plante, he was less than thrilled about the back-to-back upsets.

“Oh yeah, I was sick to my stomach all afternoon,” he said. “Scared the (expletive) out of me.”

Nelson’s brief turn as fashion model came after he explained during the postgame media session how wearing a “ridiculous” cat sweatshirt had been the team’s good luck charm since midway through the season.

“The boys came to me and said we needed a good luck charm, and ever since that time they have put a sweatshirt on me,” Nelson said while unzipping his coaches’ jacket to reveal the sweatshirt adorned with a collage of brightly colored cats. “It’s absolutely ridiculous, I know. But we have had good fortunate with it.”

Moose junior goalie Tyler Klatt grinned as Nelson told the story of the sweater, then offered his opinion on how it looks on his coach.

“I mean, it suits him pretty well,” Klatt said.

Cool it with the hair, fellas

Luckraft, in his third season guiding the Raiders, said he’s noticed quite a few changes from his state tournament playing days 30 years ago.

The most dramatic difference, he said, is the hair. Specifically, the time and attention players put into making sure each strand is perfectly coiffed.

“The hair, I love the hair thing,” he said, referring to the YouTube phenomenon that is the annual Minnesota State High School All Hockey Hair Team. “Especially as a guy with no hair.”

Luckraft was only half joking when he said Northfield’s slow start in the Raiders’ eventual upset victory over Mahtomedi could be attributed to an abundance of preening and posing.

“There were more guys combing their hair and putting hairspray on 30 seconds before we were going on the ice,” he said. “That showed in the first period.”

Samberg has 18 goals and 35 assists for 53 points in 64 career games. Samberg also is +94 for his high school career, including a +56 rating going into Wednesday’s game against Luverne. He received the award Tuesday at the Class 1A state tournament banquet at the Roy Wilkins Auditorium.

A captain this season and an all-conference honoree, Samberg is also a finalist for the 2017 Mr. Hockey Award. He is the second-highest rated Minnesota high school prospect (and top-rated prep defenseman) in the NHL Central Scouting rankings for the 2017 NHL Entry Draft. Samberg will play his college hockey at Minnesota Duluth.

“Dylan is the best player on our team, is our captain and leader,” Plante said in a news release. “As a player, he is a towering presence on the ice. Dylan skates really well, is an excellent defender and has good vision and offensive skills. He plays every shift of every game with high energy and competitiveness. In the locker room, he is very important to the success of the team with his leadership, looseness and fun-loving attitude.”

The announced combined crowd total for Wednesday's two state Class 1A quarterfinal sessions (afternoon and evening) was 13,255. The evening session crowd was announced at 5,048.