After giving up two early goals to Maple Grove, the Thunderhawks scored the next five en route to a 6-4 victory. 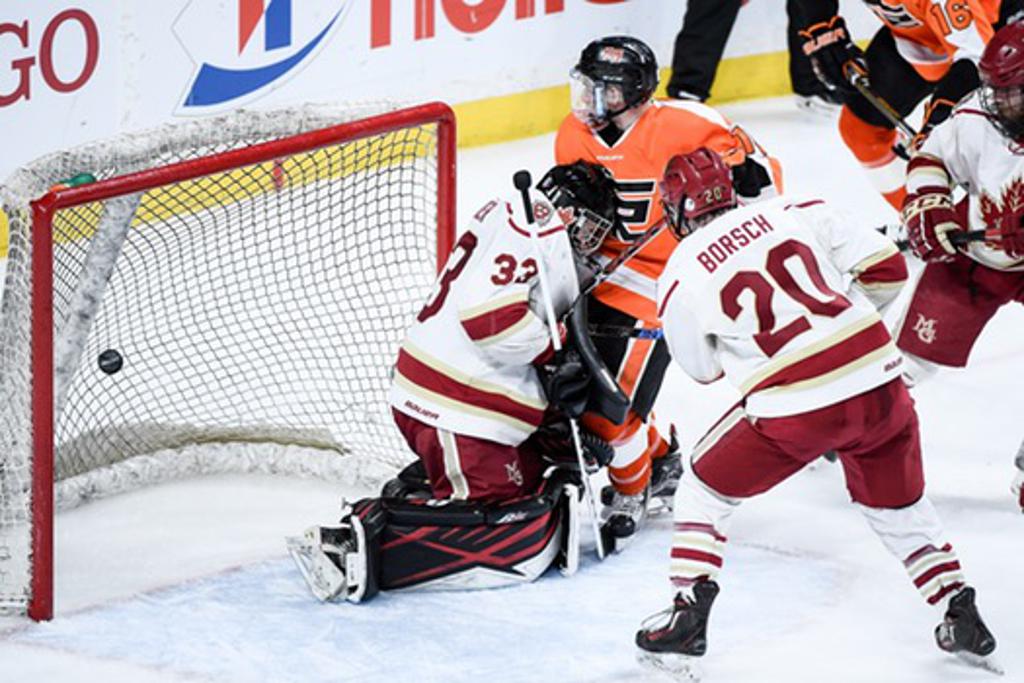 Grand Rapids coach Trent Klatt said he loathes falling behind early in games but knows his explosive team can rebound.

Maple Grove saw its early two-goal lead buried under a landside of Grand Rapids goals in a 6-4 Thunderhawks victory in Thursday’s late Class 2A quarterfinal.

Five different players scored as Grand Rapids turned a 2-0 deficit into a 5-2 lead it never surrendered.

“Once we pumped that second one in, the flood gates kind of opened,” McLaughlin said. “It was a fun comeback.”

“We got buzzed there pretty good,” Crimson senior forward Huff said. “All the credit to them, they played well tonight.”

“If you take away that second period, we had a hell of a game,” Maple Grove coach Todd Bergland said.

Grand Rapids has a habit of playing big playoff periods. The Thunderhawks blitzed Elk River for a five-goal third period in the Section 7 semifinals. 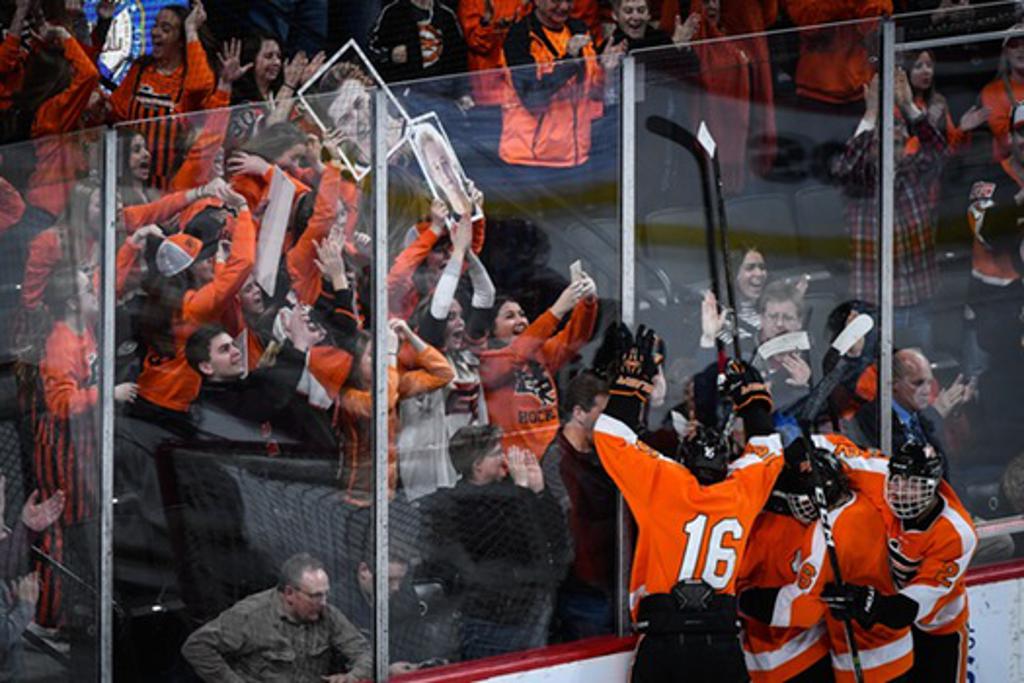