The No. 1 seed and defending 1A champion Hawks trailed 5-2 late in the second period before staging a massive comeback. 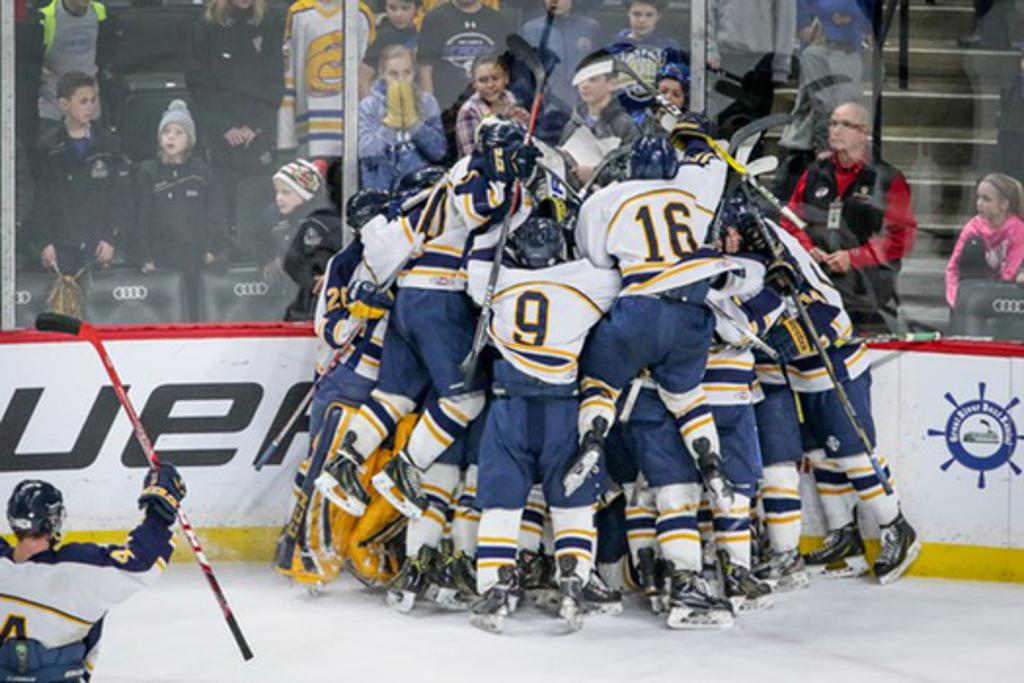 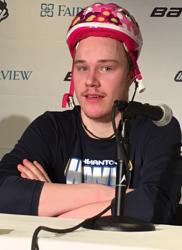 Hermantown's Ryan Sandelin sported the team's player of the game helmet for his four-goal performance.

Moments after his team fell just short of perhaps the greatest upset in Class 1A state tournament history, St. Cloud Cathedral coach Derrick Brown gave credit where it was due. He handed Hermantown forward Ryan Sandelin the game puck.

The Hawks’ senior forward earned the gesture, scoring four goals in Hermantown’s 6-5 victory, including the winner with 21.3 seconds left in overtime.

“I couldn’t have appreciated that more,” said Sandelin, a Mr. Hockey finalist with 36 goals this season. “I know it’s tough losing in overtime, especially when they played a really good game. For him to consciously grab the puck and give it to me – that means a lot to me.”

“He’s a stud,” said Brown, whose team nearly became the first to upset the top seed in the semifinals since 2009. “He took over the game when he needed to. He’s a bull.”

“He’s the one guy out there on our team who really had the energy going,” Plante said. “When he came off I just hugged him and whispered in his ear, ‘You’ve got to do it tonight because some of the guys are playing on flat tires. It’s gotta be you.’ ”

“All the times he’s told me to shoot the puck right away, I just shot it and it happened to go in,” Sandelin said.

Defending Class 1A state champion Hermantown kept coming back and eventually overtook the Crusaders in a wild 6-5 overtime victory in Friday’s semifinal.

Ryan Sandelin’s fourth goal of the game, this one with 21.3 seconds to go in overtime, sent No. 1 seed Hermantown (27-1-1) to an eight consecutive championship game.

St. Cloud Cathedral, which lost 7-1 earlier this season against Hermantown, jumped to a 2-0 lead less than five minutes into the game. Hermantown clawed back to tie it 2-2 at 7:11 of the second period. Three consecutive goals later, the Crusaders sprung ahead 5-2.

Back came the Hawks. Sandelin’s second goal cut the No. 5 seed St. Cloud Cathedral (21-7-2) lead to 5-3 at second intermission.

Sandelin completed his hat trick just 55 seconds into third period and Hermantown trailed 5-4. Teammate Elliott Peterson leveled the game 5-5 with a goal at 5:42. 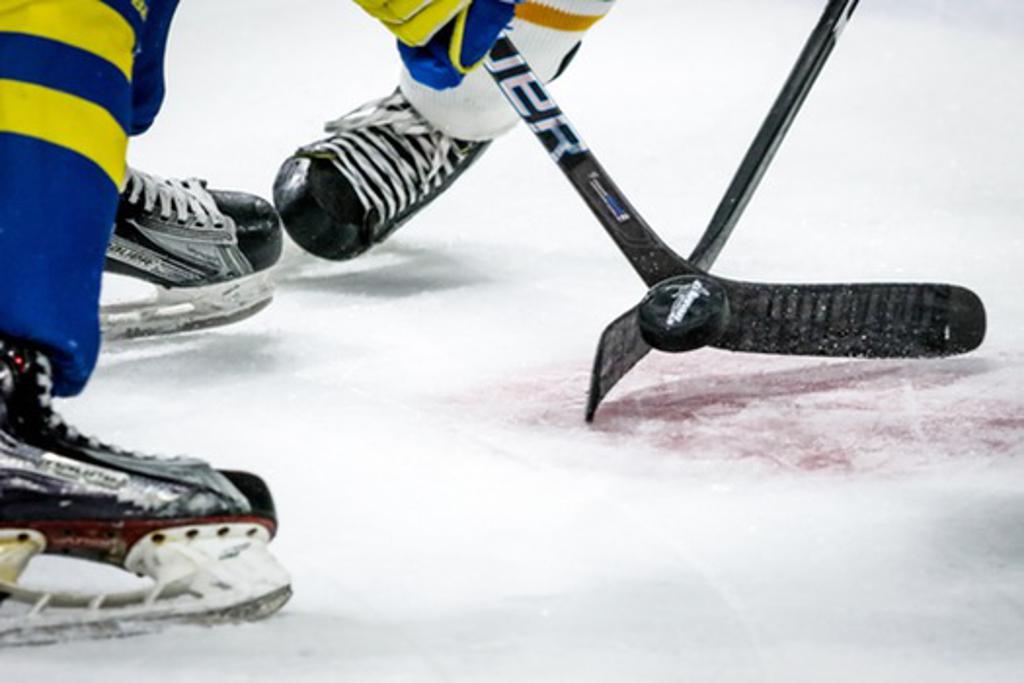