With goaltender Lance Leonard making 39 saves, the No. 3-seeded Spuds advanced to championship game for the eighth time in school history. 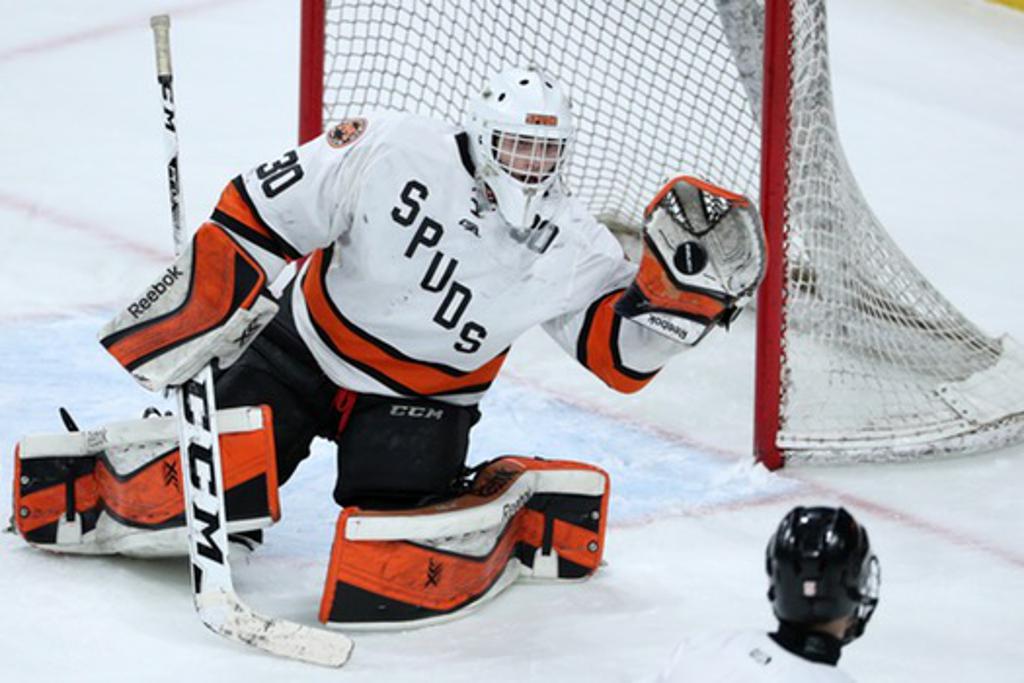 Moorhead goaltender Lance Leonard (30) makes a glove save in the first period. He stopped 39 shots for the game. Photo: Anthony Souffle * anthony.souffle@startribune.com

Over the years, Moorhead has developed a reputation as a gritty, grinding, hardworking team that doesn’t bring a lot of flash and flair. The Spuds might pound you into submission, but they probably weren’t going to outfinesse you.

For the second time in as many days, third-seeded Moorhead ditched the old lunch-pail image for something much more polished. It put on a high-end skills and shooting clinic in a 3-2 triumph over unseeded Lakeville South in a Class 2A semifinal at Xcel Energy Center.

Carter Randklev and Kyler Kleven each scored on highlight-reel plays, adding to the collection of gorgeous goals scored by the Spuds in a 4-2 quarterfinal victory over Hill-Murray on Thursday.

Moorhead (24-3-3) will appear in its eighth state championship game Saturday. The Spuds have never won a title.

“We just want to try to, hopefully, be the first to do it,” Randklev said. “That would just bring a lot of honor to us. That is what we have been working for all year.”

Randklev’s second-period power-play goal was an example of the extreme patience and precision shooting that has helped push the Spuds to the brink of school history.

“He comes down the [goal] line, and most guys would panic, but he holds on to it, and he makes the goaltender go down and he makes the play,” Moorhead coach Jon Ammerman said. “Those types of plays are not common.”

The same could be said for Kleven’s third-period goal that put Moorhead up 3-1. He drilled a shot high under the crossbar before Lakeville South goaltender Isaiah DiLaura had a chance to move.

“I think they just didn’t quit,” Lakeville South coach A.J. Bucchiono said about the Spuds. “They wanted it.”

Carter Randklev scored during a second-period power play,and Kyler Kleven added what proved to be the winning goal in the third period as No. 3 seed Moorhead held on to defeat unseeded Lakeville South 3-2 on Friday in a state Class 2A semifinal at Xcel Energy Center.

The victory sends the Spuds to an eighth championship game appearance. Moorhead has never won a state title.

Lakeville South defenseman Josh Ess scored with 1:27 left to set up a frantic finish as the Cougars (19-10-1) pulled goaltender Isaiah DiLaura in favor of an extra skater.

Randklev beat goaltender DiLaura from a sharp angle, firing the puck into the upper reaches of the net to put the Spuds (24-3-3) ahead 2-1 midway through the second.

Kleven rocketed a shot high over DiLaura’s right shoulder on a 2-on-1 rush to give Moorhead a 3-1 lead 4:06 in to the third.

Lakeville South’s Zachary Bauer opened the scoring with 1:44 left in the first period. Bauer slammed home a rebound of a shot by Joe Novak.

Jack Stetz answered for Moorhead 3:24 in the second. He scored in similar fashion to Bauer, whipping a rebound of a Cole O’Connell shot into a mostly open net. 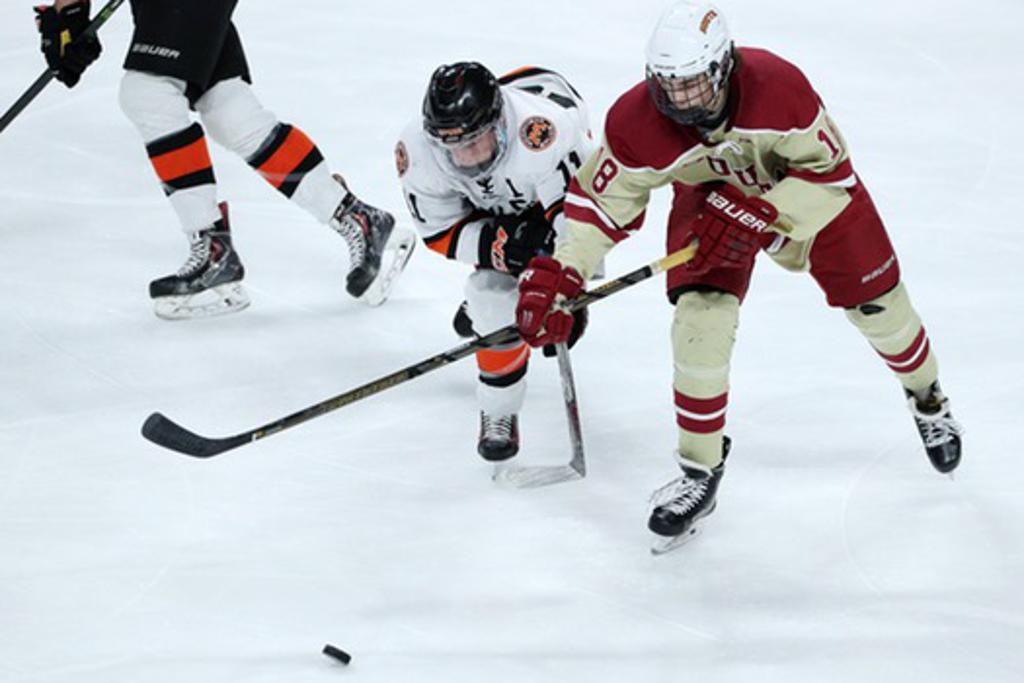