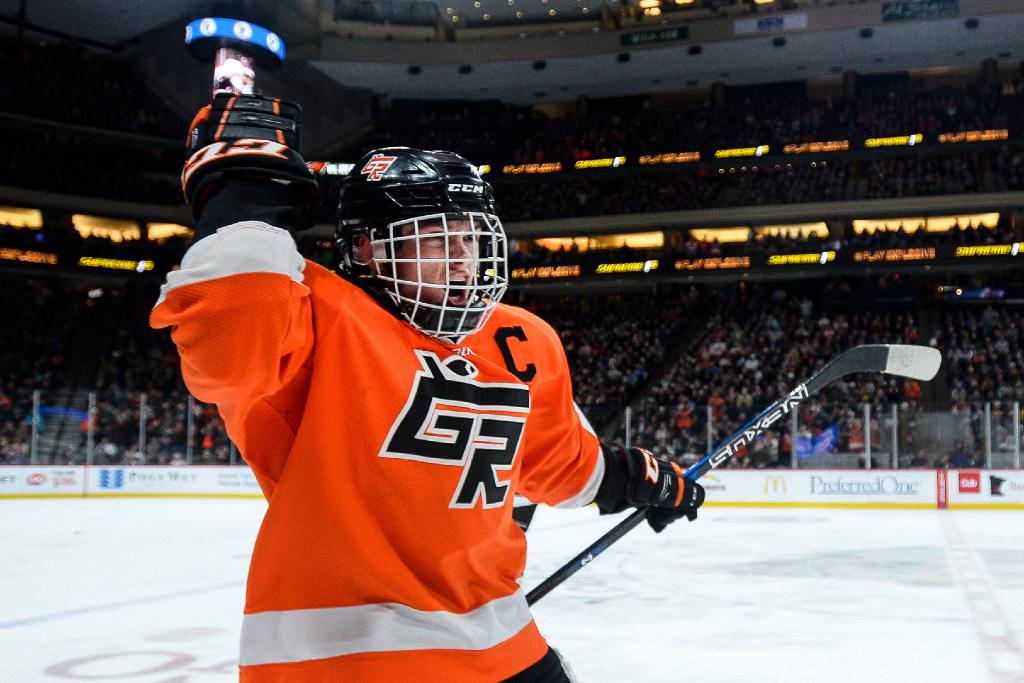 Gavin Hain, a member of the Thunderhawks’ superb top line, tallied a hat trick to pace his team’s victory in the first all-northern championship game in a decade. Moorhead had its 20-game unbeaten streak snapped and fell to 0-8 in championship games. Both teams’ orange-and-black clad fans were everywhere in the arena.

Grand Rapids coach Trent Klatt praised players for competing hard and feeding off “that internal passion and flame that they have for the game of hockey.”

Klatt almost missed the ride. After a third-place finish at state last March, Klatt planned to depart, then elected to stay.

Senior forward Micah Miller said the experience “pulled us together. We all wanted the same goal and had the same thing in mind and we worked toward that goal.”

“We were just in one of our funks when Moorhead came through,” Klatt said. “They spanked us pretty good. I give the guys a lot of credit to look themselves in the mirror and figure out exactly what each and every one of them had to do to change to get to where we are today.”

As the No. 4 seed in a competitive Section 7, the Thunderhawks needed a five-goal third period in the semifinals to defeat No. 1 seed Elk River. Then Grand Rapids outlasted nemesis Duluth East in double overtime to reach the state tournament, where the Thunderhawks defeated top-ranked Eden Prairie.

“We were a little battle-tested more than maybe some of the other teams,” said Miller, who committed to St. Cloud State. “We got tighter and tighter and really started to build on something.”

The finished product impressed. Hain, a junior forward committed to North Dakota, and linemate Blake McLaughlin, who made a commitment to the Gophers, made it 2-0 in the first period.

Hain later notched his fifth hat trick of the season and second of the playoffs. The Grand Rapids lead ballooned to 4-0.

“My teammates were doing the work, the pucks just laid there for me and I was lucky enough to bear down and bury them,” Hain said.

But Moorhead roared back.

Carter Randklev scored a power-play goal. Less than one minute later, he assisted on Jack Stetz’s goal to cut the deficit to 4-2. But the Spuds got no closer.

“We made plenty of plays just not enough to win,” Moorhead coach Jon Ammerman said. “We came here to win the darn thing but we came up short.” 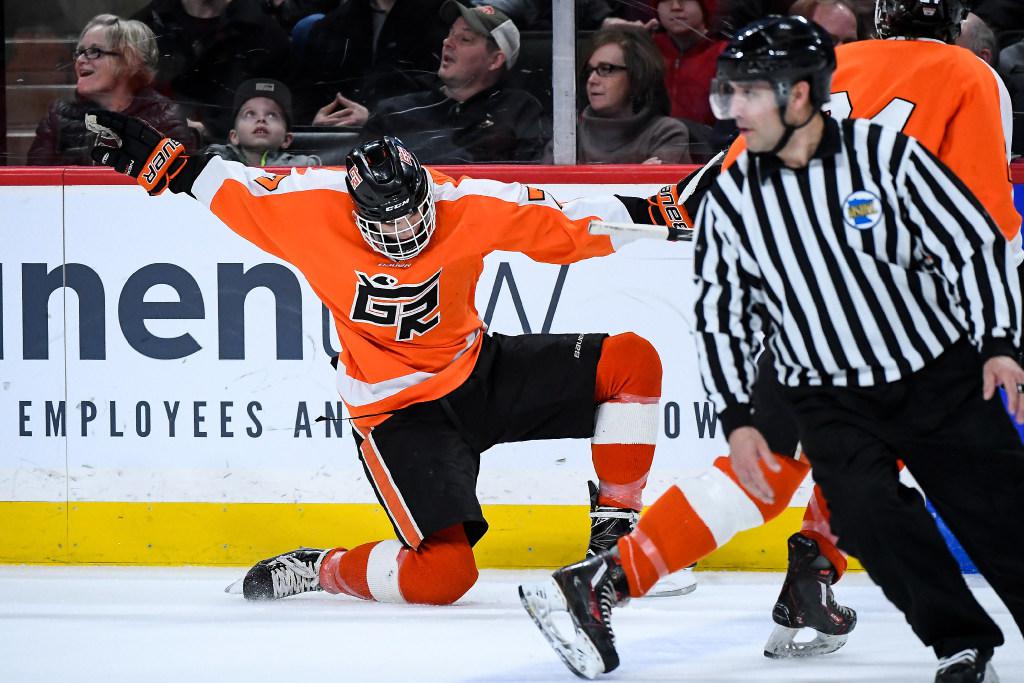 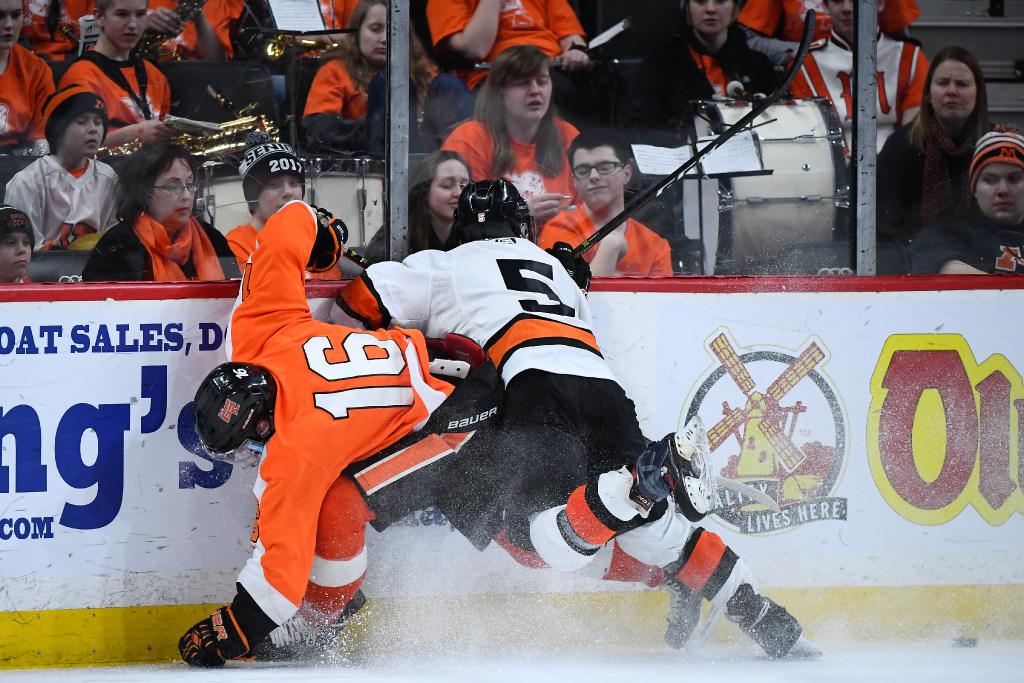 1. Gavin Hain, Grand Rapids: The junior forward notched his fifth hat trick of the season and second of the playoffs.

2. Blake McLaughlin, Grand Rapids: The junior forward scored twice, the second into an empty net to secure the Thunderhawks’ first state title since 1980 and fourth overall.

3. Carter Randklev, Moorhead: Sparked the Spuds’ second-period surge with a goal and an assist less than one minute apart.