Hermantown and Moorhead each had three players named to the teams. 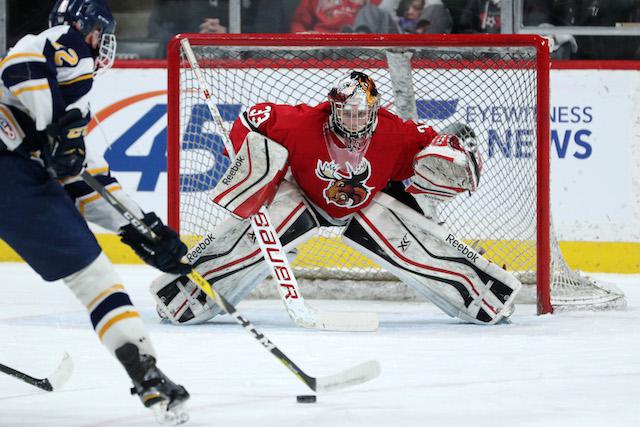 Goalie Tyler Klatt was one of four players from Monticello-Annandale-Maple Lake to be named to the 2017 Class 1A All-Tournament team. Photo by ANTHONY SOUFFLE • anthony.souffle@startribune.com

Dylan Samberg’s game-winner in double-overtime helped Hermantown repeat as Class 1A champions. Samberg, Ryan Sandelin (who led the tournament field with five goals and eight points) and Jesse Jacques made the all-tournament team roster for the Hawks, but it was state runner-up Monticello/Annandale/Maple Lake (MAML) that boasted the most selected players with four. Ben Ward posted a tournament-high five assists and seven points for the Moose, while goaltender Tyler Klatt made 54 saves in the championship game. 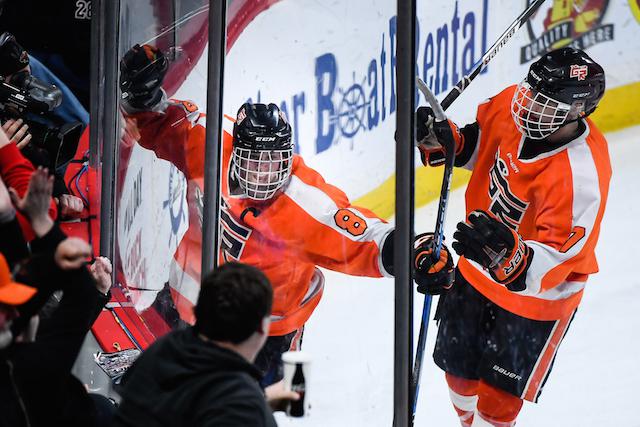 *Both teams are selected by a panel of coaches and media attending the tournament.