The boys' basketball and hockey tournaments invite a uniquely Minnesota argument: Which one is best? 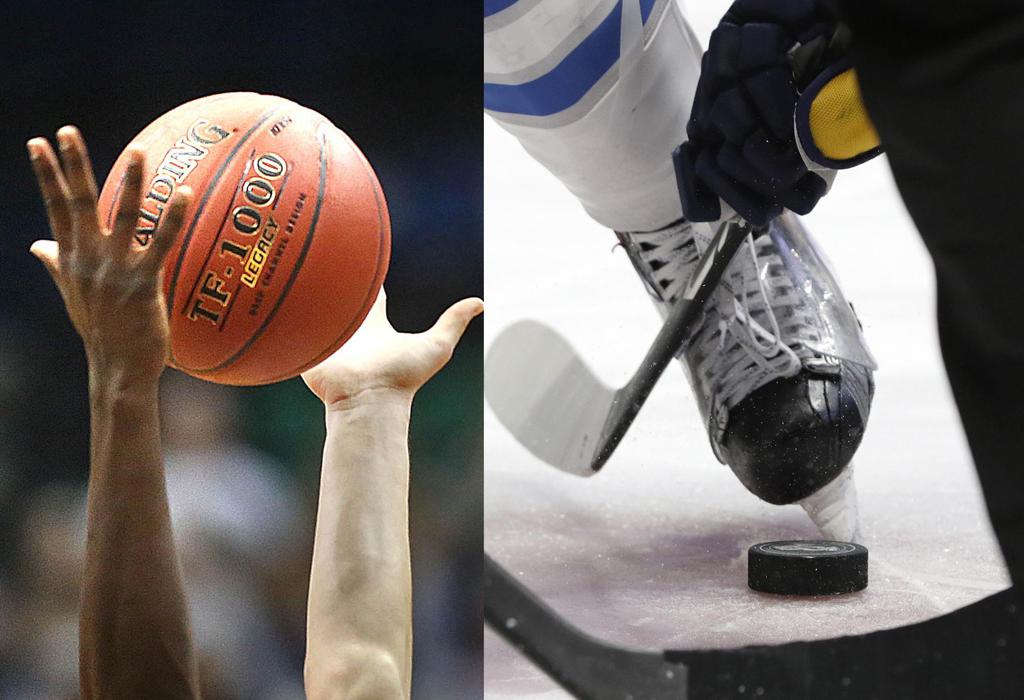 With the boys’ hockey tournament completed earlier this month and the boys’ basketball tournment this week, our veteran high school sports writers try to convince you which one deserves top billing.

A vote for hockey: It never cools down

In terms of projecting state tournament strength, boys’ basketball deserved the edge over boys’ hockey going into their respective 2016-17 seasons.

Still, hockey rallied in a big way. The recently completed state tournament was one for the ages. As Star Tribune contributor Loren Nelson put it so well, “There were upsets, overtimes, record crowds and razor-thin victory margins, and two victory celebrations in a single championship game.”

There was more to love. The tournament’s crescendo featured Class 2A’s first all-northern Minnesota title game in a decade. And the Iron Range rejoiced as Grand Rapids prevailed to earn its first state championship since 1980.

Unique to this tournament was the overall lovefest vibe. The so-called villains from Edina didn’t make the show. Private schools many love to hate, Hill-Murray and St. Thomas Academy, got knocked out in the quarterfinals. That meant more focus on attractions such as Mittelstadt, a future first-round NHL draft pick, plus the charm brought by northern schools Grand Rapids and Moorhead.

Even the haters who contend Hermantown has no place in Class 1A tapped their sticks as the Hawks won all three games in overtime. And how about Monticello/Annandale/Maple Lake? The state tournament newcomers brought huge crowds, an awesome “Moose” chant and three solid performances. Heck, Hermantown had to beat the Moose twice in overtime.

Let’s be honest, while the basketball tournament occasionally heats up, the hockey tournament really never cools down. Hockey’s huge ticket waiting list, annual $1 million profit and superior television ratings make it a state tournament none in this state can touch. All that aside, the 2017 edition was something special. Here’s hoping the hoopsters can close the gap this week.

A vote for basketball: New buzz is legit

In the afterglow of one of the most compelling hockey state tournaments in recent memory, arguing in favor of the boys’ basketball tournament feels like arguing meatloaf over New York strip. Meatloaf has its strong points, sure, but is it really a choice?

Of course, not all hockey tournaments have been as crowd-pleasing as 2017’s. And let’s face it: The yearly Puck-a-Palooza has often been in danger of being more hype than substance. The endless barrage of cloying memories, silly hair videos and blustery hubris can wear the teeth of non-rink rats down to their nubs.

Hockey is Minnesota’s chief athletic export, but it’s such a regional sport that it’s like being the best surfer in Iowa: There’s not a lot of competition for that top spot.

There was a time, 50 or more years ago, when the boys’ basketball tournament towered over the high school landscape and hockey was a niche sport, the domain of Iron Rangers and those fortunate enough to live close to a suitable-sized frozen pond. Williams Arena sold out regularly for the high school cagers (how’s that for old-school?), with fans hoping to catch the next Jim McIntyre (Minneapolis Henry, 1944) or Bob Zender (Edina, 1966-68) or witness another Austin, Edgerton or Sherburn knock off the boys from the big city.

That buzz is gone, the victim of the multiple-class tournament and the growth of other sports.

But a new, unmistakeable buzz is rising.

A recent run of dramatic championship games, unbelievable endings and even controversy (Hopkins/Shakopee 2014 “stall” game, anyone?) has pumped energy into the tournament. Basketball’s popularity nationwide is peaking and there are more opportunities to grow as a player than ever before.

The result? The talent level in Minnesota this season has never been better. Fans will see many of the very best on the Target Center stage this week, such players as Champlin Park’s McKinley Wright and Theo John, Apple Valley’s Tre Jones, Lakeville North’s Nathan Reuvers, Maple Grove’s Brad Davison and Minnehaha Academy’s Jalen Suggs.