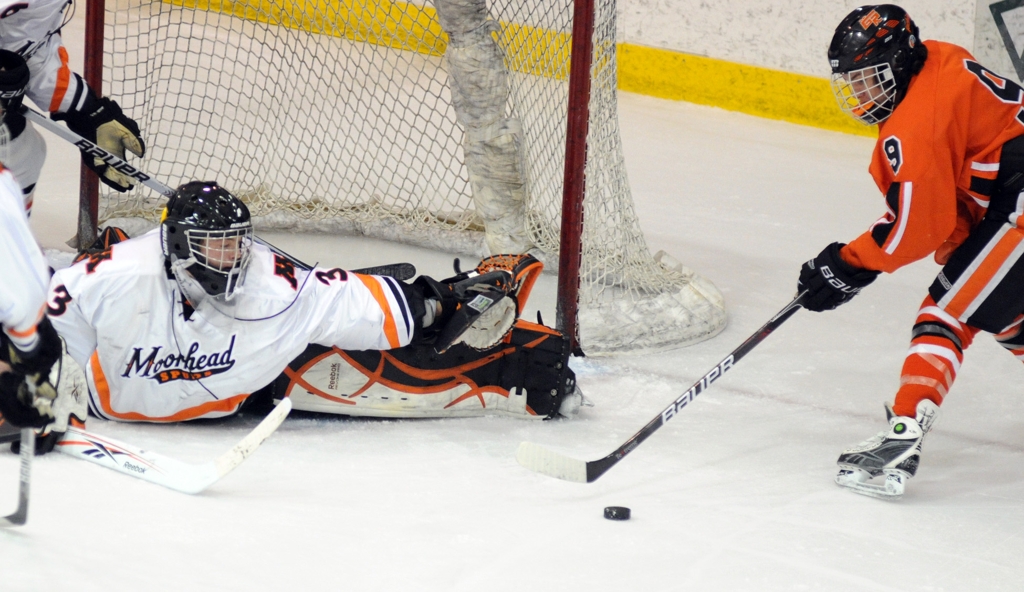 Moorhead goaltender Michael Bitzer made this save on Grand Rapids' Patrick Moore, part of his 32-save effort. Photo by Tim Kolehmainen

Avery Peterson scored 2:20 into overtime to lead Grand Rapids to a 4-3 victory over Moorhead Saturday night at the Moorhead Sports Center.  The Thunderhawks (18-3-1) twice trailed by two goals, but rallied to force overtime.

Moorhead (14-6-1) jumped on the visitors quickly, scoring twice in the opening 3:33 to take a 2-0 lead.  Ben Doda and Simon Sellberg notched the goals on scrambles in front of goaltender Dom DeGuiseppi.  The quick start surprised the Thunderhawks, who had arrived in town several hours before the game to get their legs under them.

But Grand Rapids slowly worked its way back into the game.

The Thunderhawks narrowed the lead when Matt How intercepted a bad clearing pass and found Travis Underwood alone in the slot.  His one-timer with 4:57 left in the first cut the lead to 2-1.  But the Spuds responded, as Logan Ness sniped the top shelf on the power play to regain a two-goal lead entering the first intermission.

The Thunderhawks dominated long stretches of puck possession in the second period, scoring twice to tie the score at 3-all.  Just over two minutes into the second, Patrick Moore scored with an assist to Peterson.  Then with 1:27 left, Nick Koerbitz tied the score from Cody Mann and Peterson.  Through two periods, Grand Rapids outshot Moorhead by a wide 28-12 margin (36-22 for the game).

Michael Bitzer made 32 saves for Moorhead, while DeGuiseppi had 19 stops for Grand Rapids.

1. Avery Peterson, Grand Rapids
The freshman center scored the game-winner in overtime, giving the Thunderhawks a 4-3 victory in Moorhead.  He grabbed a loose puck in the high slot and beat Spuds' goaltender Michael Bitzer clean to the glove side with a quick wrister -- something not many have done this season.  Peterson also added assists on the Thunderhawks' second and third goals.

2. Michael Bitzer, Moorhead
Sure, he suffered the loss when Peterson scored in overtime, but if it wasn't for the junior goaltender, the game might not have gone that long.  Bitzer was heavily under fire through two periods, as Grand Rapids ripped 28 shots on net.  He finished with 32 saves on 36 shots.

3. Patrick Moore, Grand Rapids
The Thunderhawks' senior captain was a factor all night on offense.  His smooth skating and calm stickhandling helped Grand Rapids to a big edge in puck control.  Moore also scored a power play goal early in the second period that cut Moorhead's lead to 3-2. 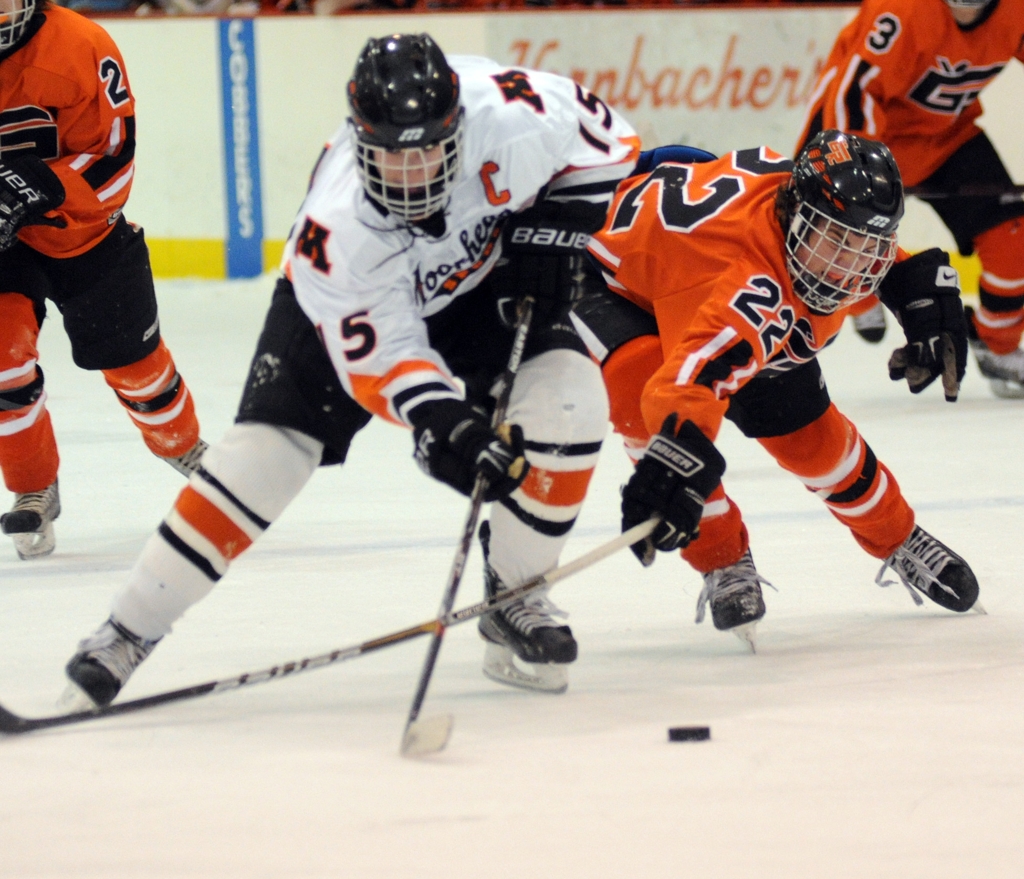 Jake Bischoff (22) of Grand Rapids reaches for the puck, but instead gets the skate of Moorhead's Ben Doda (15), drawing a penalty (Photo by Tim Kolehmainen). 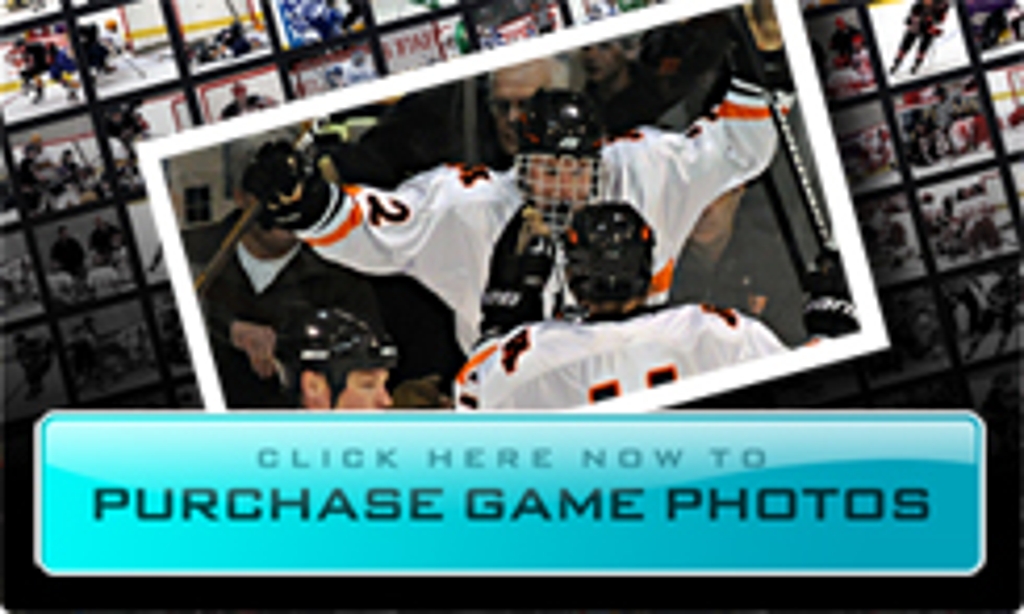