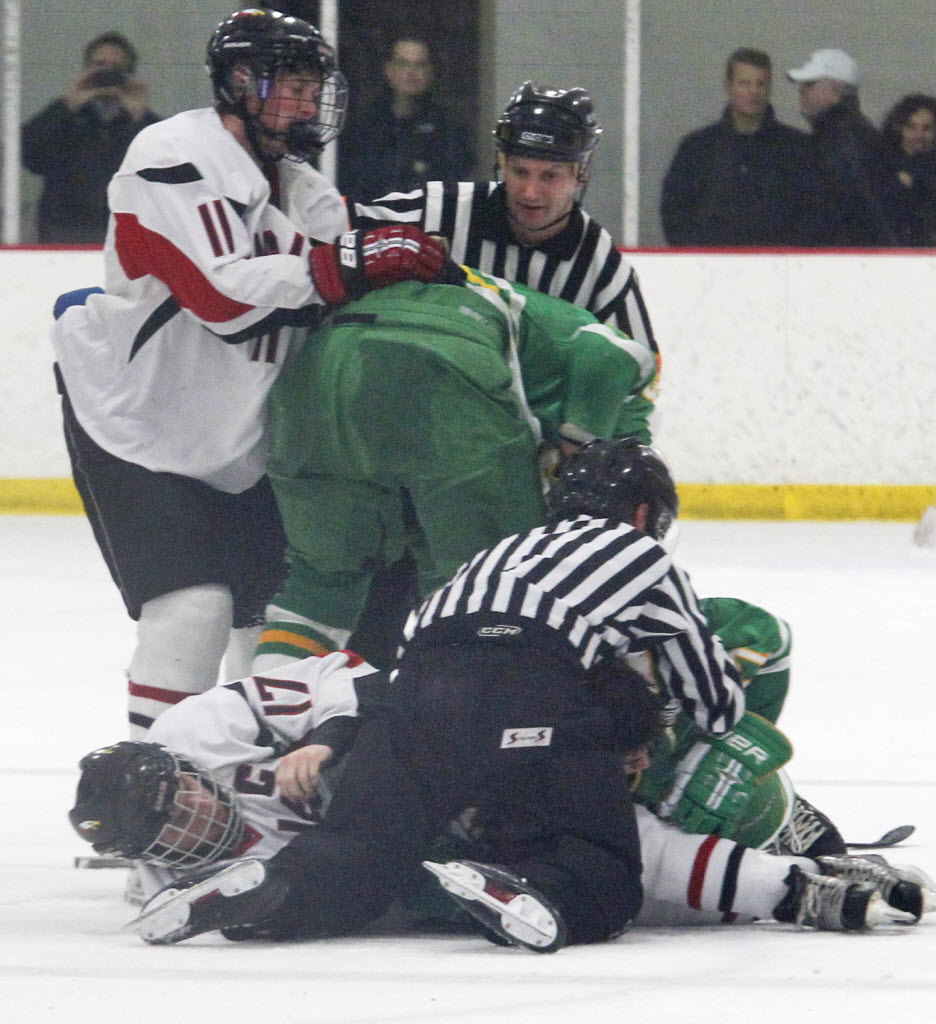 Competitive flow of the game resulted in a fight broken up by referees late in the third period Thursday, Feb. 3, during the Eden Prairie/Edina game. Photo by Marlin Levison, Star Tribune

Edina coach Curt Giles called it "too bad" while Eden Prairie's Lee Smith said it was "not ... appropriate."

Yet in some ways, the fracas that erupted between the two teams at the end of their Lake Conference game last week was the rivalry at its edgiest.

Emotions boiled over with 37 seconds remaining, just after the Hornets scored an empty-net goal to go up 3-0. Until 5 minutes, 42 seconds remained, however, it was a scoreless tie between two teams ranked among the top 10 in Class 2A. Edina then took over to keep the bragging rights – the Hornets also won Dec. 18 in overtime.

"It's Eden Prairie and Edina," said Hornets goaltender Connor Girard, who made 36 saves in the shutout. "It's always a bitter rivalry. We're good friends off the ice, but on the ice it's the other way."

Indeed, Edina historically and Eden Prairie lately are among the top teams around. That they are now in the same conference only intensifies the rivalry.

Many of the players grew up in the same youth hockey circles. They play on offseason Elite League teams together.

But you can bet the cell phone messages were silent after this one. And will be until after the season.

"All of those kids are competitive," Giles said. "They worked hard and sometimes frustrations get to a certain level where stuff like that happens. It's too bad it had to happen, but nobody got hurt."

By the way, the two meet again Feb. 19 to round out the regular-season schedule. 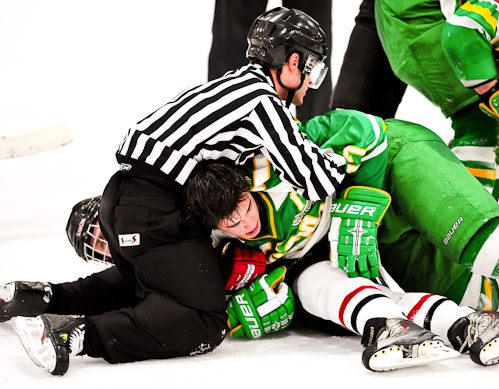