The state could have three players drafted in the first round. 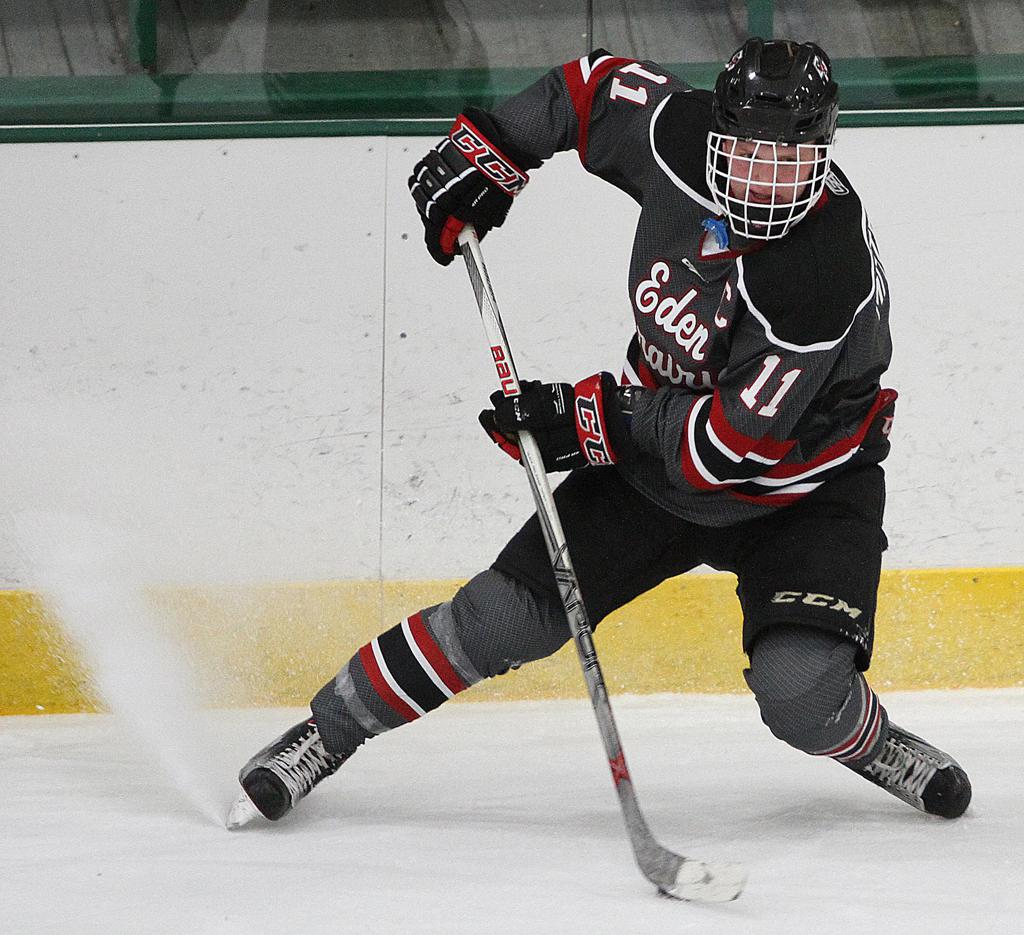 Eden Prairie senior and Mr. Hockey winner Casey Mittelstadt is listed as the No. 3 skater in North America according to NHL Central Scouting's final report leading up to the June draft. Photo by Drew Herron, SportsEngine

The NHL Central Scouting final rankings were released this week, and it indicates that Minnesota skaters saw a surge in value on the front end for the upcoming (June 22-23) NHL Draft at the United Center, Chicago.

With three possible first-round picks of the 24 native Minnesotans listed, this could prove to be a bumper crop of local talent put before the league.

Tops on the list from the state of hockey and No. 3 overall on the list of North American skaters is Casey Mittelstadt, a senior forward from Eden Prairie and Gophers commit who last month was awarded Mr. Hockey.

Minnesotans Taken in the NHL Draft

Mittelstadt, who spent time this winter with Green Bay of the USHL, scored 21 goals and tallied 64 points to lead an Eden Prairie squad that spent most of last season as the top-ranked team in Class 2A, and later finished third at the State Tournament.  In Green Bay, he scored 13 goals and 30 points in 24 games.

Also in the top 25 are No. 13-ranked Ryan Poehling and No. 24 Grant Mismash, both forwards. Poehling graduated early from Lakeville North and elected to play his true senior season at St. Cloud State, where he scored seven goals and finished with 13 points. Mismash, an Edina native, spent last season with the U.S. National Development Program U18 team where he averaged nearly a point per game (23-20-53).

Mismash, a North Dakota commit, is followed on the list by Shattuck-St. Mary's teammate Scott Reedy, a Gophers recruit from Prior Lake rated No. 40 by Central Scouting. Reedy, a center, produced 21 goals and 41 points in 53 games with the U.S. U18 team.

Mikey Anderson from Roseville (Hill-Murray), rated No. 51, rounds out a list of skaters who saw an average improvement of nearly five points from their midterm rankings. Anderson, a 5-11, 194-pound defenseman, played this season with the Waterloo Blackhawks of the USHL, where he (5-29-34) finished the regular season a plus-29. 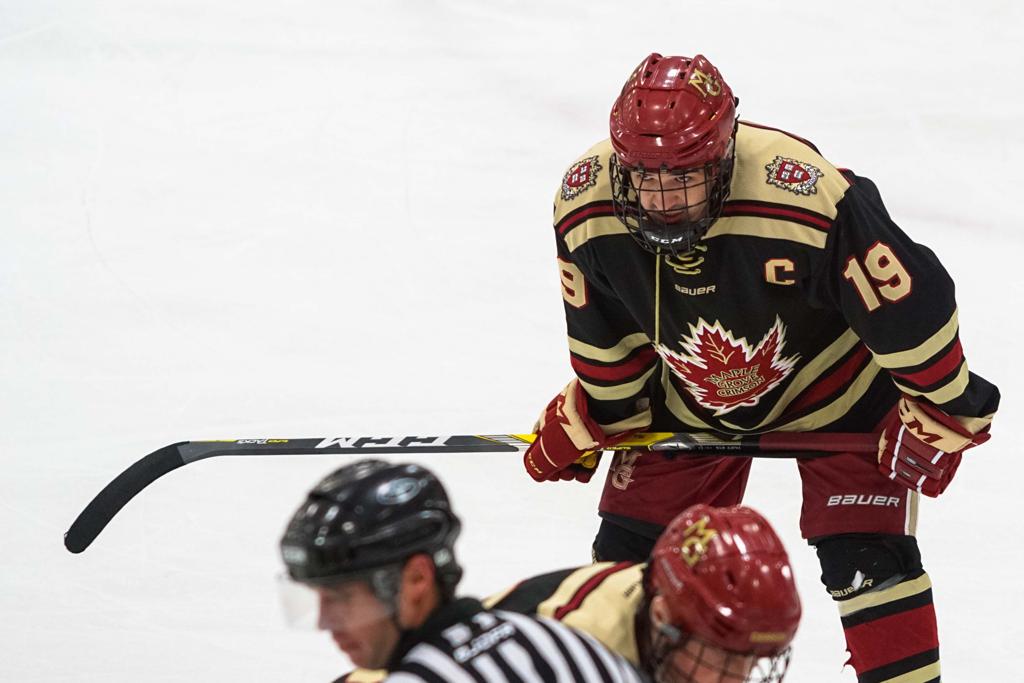 Maple Grove senior Sam Huff saw his NHL Draft stock soar after a stellar senior season that helped lead the Crimson to the state tournament. Huff is committed to the Gophers. Photo by Korey McDermott

One high school player who saw his stock soar during his senior season was Maple Grove’s Sam Huff. He is listed at No. 131 in the final rankings and has committed to the Gophers.

Huff scored 20 goals and finished with 42 assists in helping lead the Crimson to their second state tournament berth. On the midterm rankings released in mid-January, Huff was listed but did not have spot among the 217 ranked skaters.

Making the list were a pair of state champions in No. 161 ranked Micah Miller from Grand Rapids (Class 2A) and Hermantown’s (Class 1A) Dylan Samberg, listed at No. 67. Like half the players on the list, both are headed to the National Colligate Hockey Conference, where Samberg will stay close to home and play for UMD and Miller will go to North Dakota.

Others on the NHL's scouting list who also were seen at the state tournament include St. Thomas Academy's Robbie Stucker, ranked No. 88 and headed to Colorado College, and with Eden Prairie's Nicky Leivermann, a Mr. Hockey finalist and Notre Dame commit.

Atop the list of North American goaltenders is Jake Oettinger from Lakeville (North), and most recently of Boston University. Oettinger has and NHL-ready frame (6-foot-4 and 205 pounds) and thrived (2.11 goals-against average/.927 save percentage) during his freshman season.

Two other goalkeepers made the list, both with ties to Holy Family Catholic in Dayton Rasmussen at No. 6 and Jared Moe at No. 26. Moe played with the Fire last winter, posting a .922 save percentage and a 1.44 goals-against average. He is uncommitted, while Rasmussen is a Denver recruit who spent the last two seasons in the USHL with Waterloo, Tri-City and Chicago. 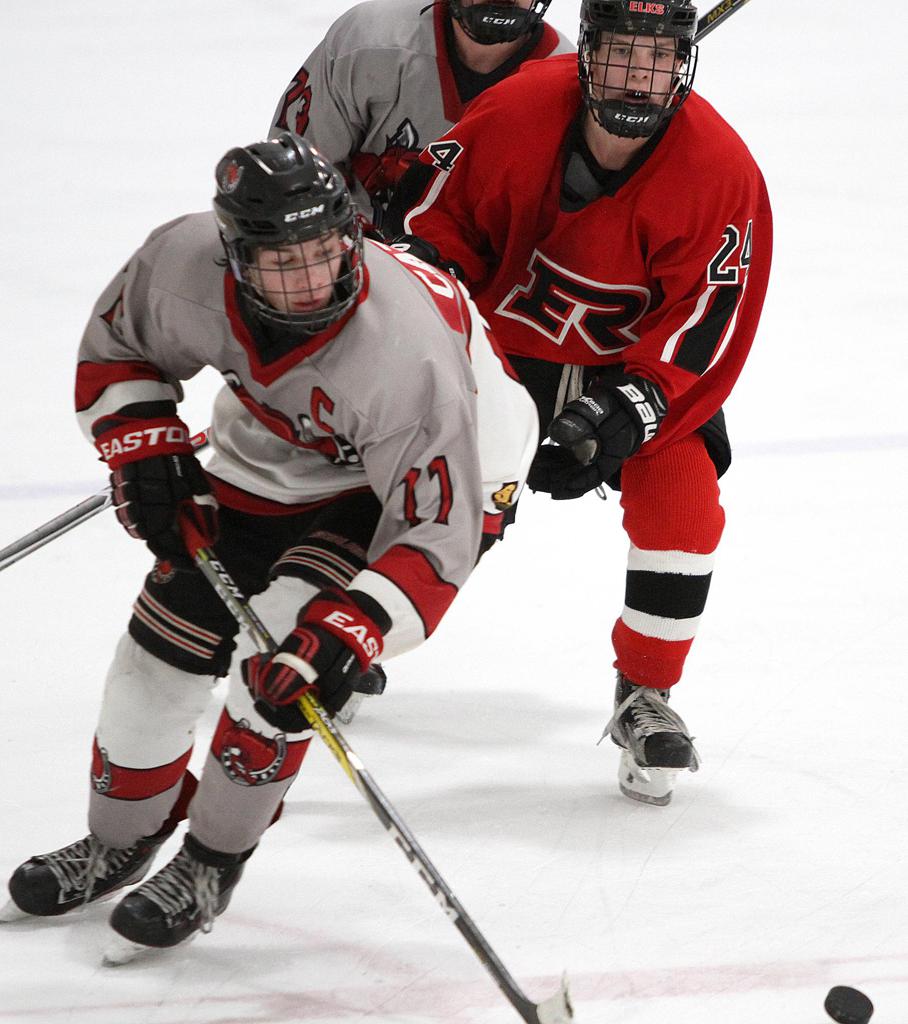 Stillwater senior Noah Cates is ranked No. 121 as a North American skater, and is headed to UMD. Photo by Drew Herron, SportsEngine