Forest Lake’s one-two punch of Lucas Kohls and C.J. Franklin both have Division I potential. Both are multisport athletes. Both are juniors. And both can change a hockey game. But in different ways.

Franklin has tallied 19 goals and eight assists for the Rangers through Tuesday, Feb. 9. Kohls has 13 goals and 19 assists for a team-leading 32 points. Both are in the top 10 in Suburban East Conference scoring.

They’ve been on a line together for just a little more than a year, but their different dynamics created immediate chemistry and an effective scoring threat.

“When I pass to him, I know he’s going to score,” Kohls said of Franklin.

“We know where each other is on the ice. He feeds me and I feed him,” said Franklin, who was an all-conference running back in football in the fall and also plays baseball.

Last year, Kohls and Franklin burst onto the scene with 46 and 40 points, respectively, as sophomores during the Rangers’ Suburban East championship season.

Franklin ravages through the corners, hangs in the slot and gets his nose dirty in front of the net, where he scores a lot of his goals. He was invited play in the Upper Midwest High School Elite Hockey League but chose to focus on football, which translates well into his style of hockey.

The 5-11, 175-pound winger also spent some quality time getting bigger in the offseason.

“He’s rugged,” Forsythe said. “He’ll go through a guy instead of going around him.”

Kohls, a center, possesses a wealth of finesse in a still-growing 6-2 frame. That combination of size and hands is a rarity. Last spring, Kohls represented Section 7 for the Advanced 17 team — where he was chosen as one of the final 54 best Minnesota hockey players under 17.

“He sees the ice very well. He’s got deceptive speed,” Forsythe said. “He almost makes it look effortless when he’s out there. He’s got a real nice natural skill set.”

Originally a defenseman, Kohls made the switch to center three years ago.

“It worked out pretty well,” said Kohls, whose older brother, Isaac, recently committed to play Division I hockey at Niagara.

Kohls honed his skills at the Scandia outdoor rinks with the help of his older brother, and this fall played in the Elite League, where he received a wake-up call.

“It was really fast-paced. It really opened my eyes,” said Kohls, who also plays baseball for the Rangers. “It’s a lot different than high school.”

While the Rangers have been inconsistent this season, Kohls and Franklin have not. Teams have been tightening up on the two forwards, but they continue to be Forest Lake’s go-to players.

The coaching staff even thought about bringing them up to varsity when they were freshmen.

“But there’s a whole group there,” Forsythe said. “We kind of thought it would be beneficial to keep them together in the long run.” 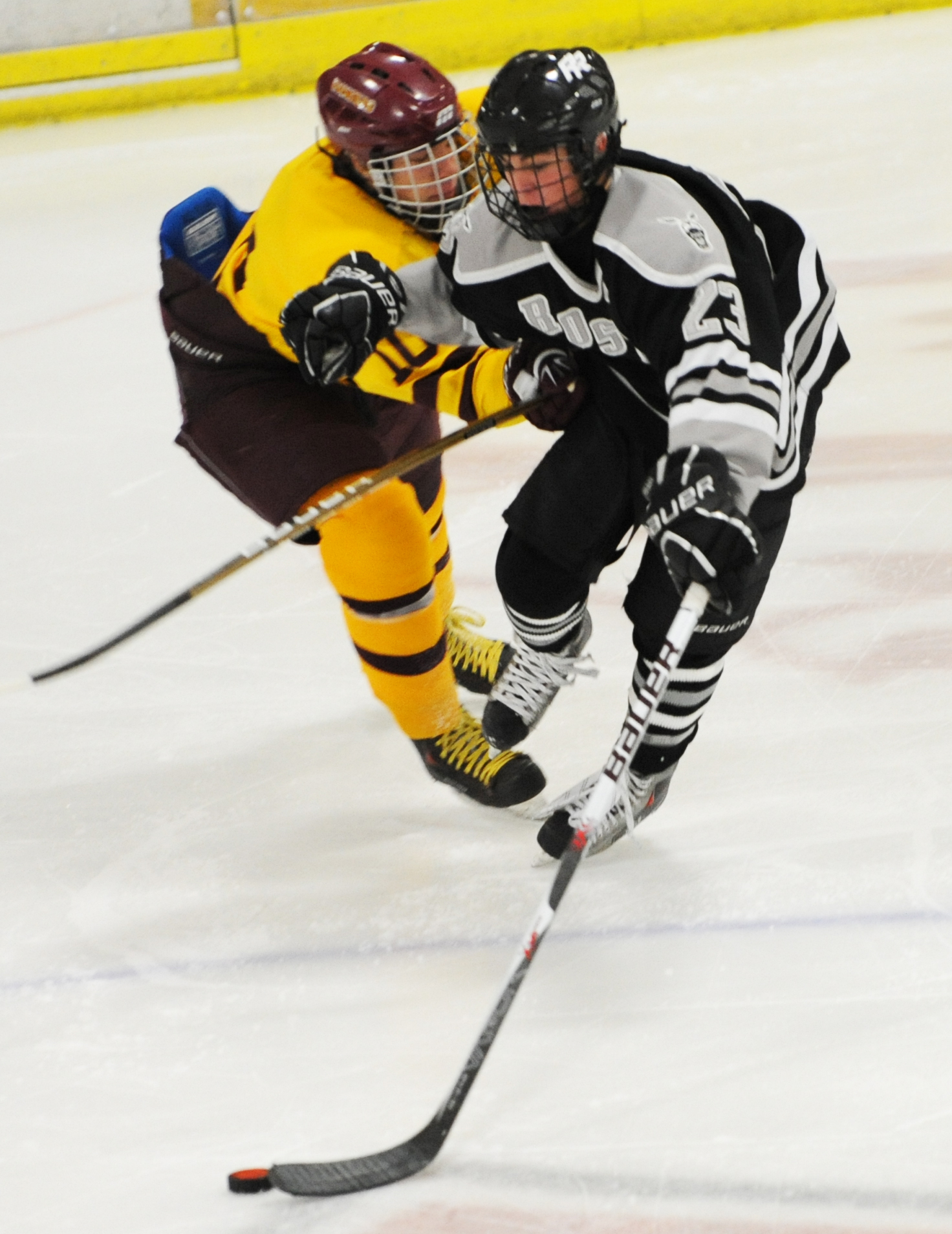