Mac Dow scores with 1:04 left in the third period to lift Duluth Marshall over International Falls 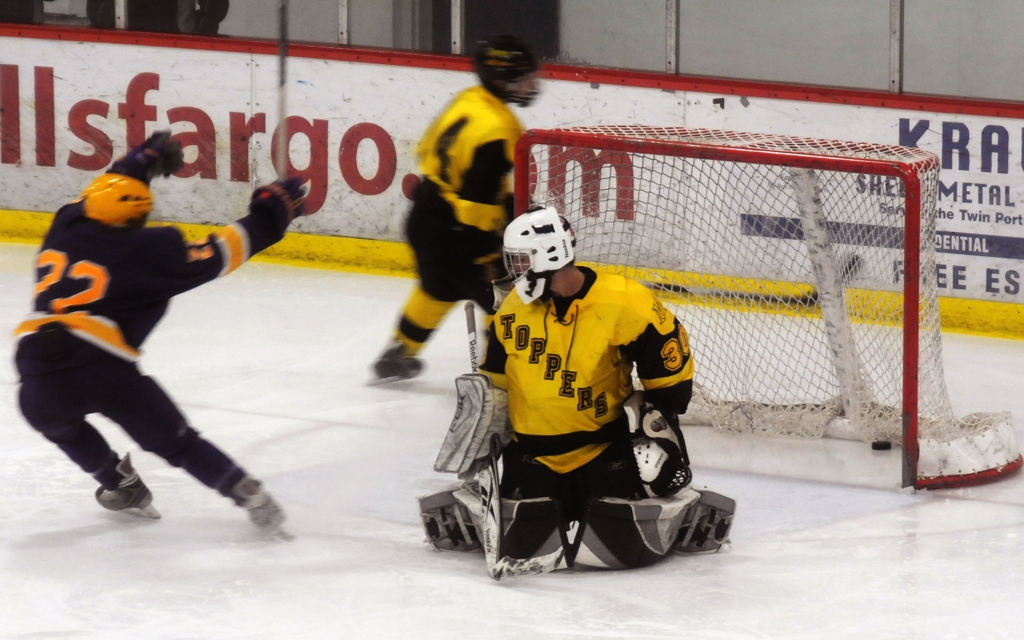 Fans at the MARS Lakeview Arena couldn’t have asked for a better matchup for Thursday night’s game between Duluth Marshall and International Falls. The host Hilltoppers were kept on their heels much of the latter half of the game before Mac Dow threw the puck on net and scored the game-winning goal on an unsuspecting Glenn Walls with just 1:04 left in the third period. 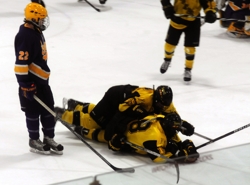 Up until that point Walls had stopped 41 of 43 shots to keep the Broncos in a 2-2 tie with the Hilltoppers, who ended up outshooting I-Falls 44-28. There were only four penalties in the entire game, none of which were called in the final period, and the first not being called until halfway through the first period.

“I thought they let them play,” coach Flaherty said. “We had a goal called off and they might have missed one [call] there but I respect the officiating staff today. They did a good job and they let the kids play.”

The goal that was waved off for Marshall occurred during the second period on one of their power-plays. It seemed like Walls had it covered up but Marshall players kept hacking away and the whistle was blown right before the puck squirted out and over the goal line. The call could have gone either way.

“The refs did a good job but they [Marshall] happened to get a loose puck and before you know it the puck’s in the back of the net and I’m going ‘what the heck happened’,” International Falls coach Mike Bolstad said. “Then I look up at the clock and there’s only one minute left. So the best part is we got three or four chance with one minute left and the goalie pulled. I told my boys there’s nothing to be ashamed of.”

The I-Falls defensemen, along with the great play of Walls, were extremely good at clearing out the rebounds after the initial saves, which was key for the Broncos to stay in the game. Marshall had a two to one lead after the first in which all three goals occurred between the 12:37 and 10:32 marks. I-Falls scored just over three minutes into the second period to tie the game at two goals apiece. After that there was no scoring until Dow’s goal with 1:04 left in the third period.

“Overall Glenn [Walls] is the backbone of our team,” coach Bolstad said. “He’s a high end goalie and I thought our defense played good, too. We lost two division I players from last year’s team so we had to replace them, but it was a fun game.”

Duluth Marshall will face #1 Virginia-MIB on Saturday, Feb. 26th at 1 P.M. in Hibbing for the first semi-final game in Section 7A.  The Blue Devils took the regular season matchup by a score of 4-3. That game was decided in overtime. Hibbing and Duluth Central will play in the other Section 7A semi-final game at 7:30 P.M also on Feb. 26th in Grand Rapids. 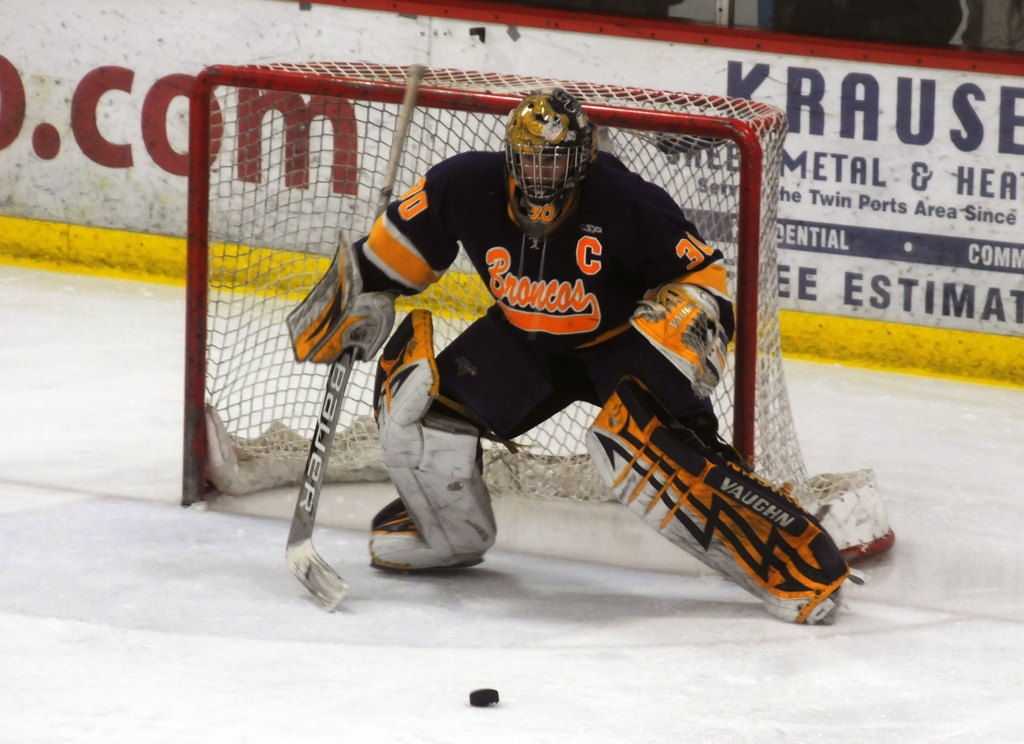 1. Judd Peterson, Duluth Marshall
Peterson figured in on two goals by scoring the first goal and assisting on the second goal for the Hilltoppers. Peterson’s two point night pushed his season total to 43 points.

2. Glenn Walls, International Falls
Walls stopped 41 of 44 shots in the loss to Marshall. Of those stops he had several game changing saves including a breakaway towards the end of the game to keep the Broncos in the game through its entirety.

3. Mac Dow, Duluth Marshall
Dow scored the game winning goal with just 1:04 left on the clock in the third period. The goal broke 30 minute tie between the two teams since I-Falls had scored early in the second period. 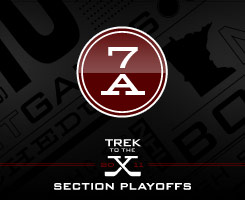