Grand Rapids too much for Cloquet 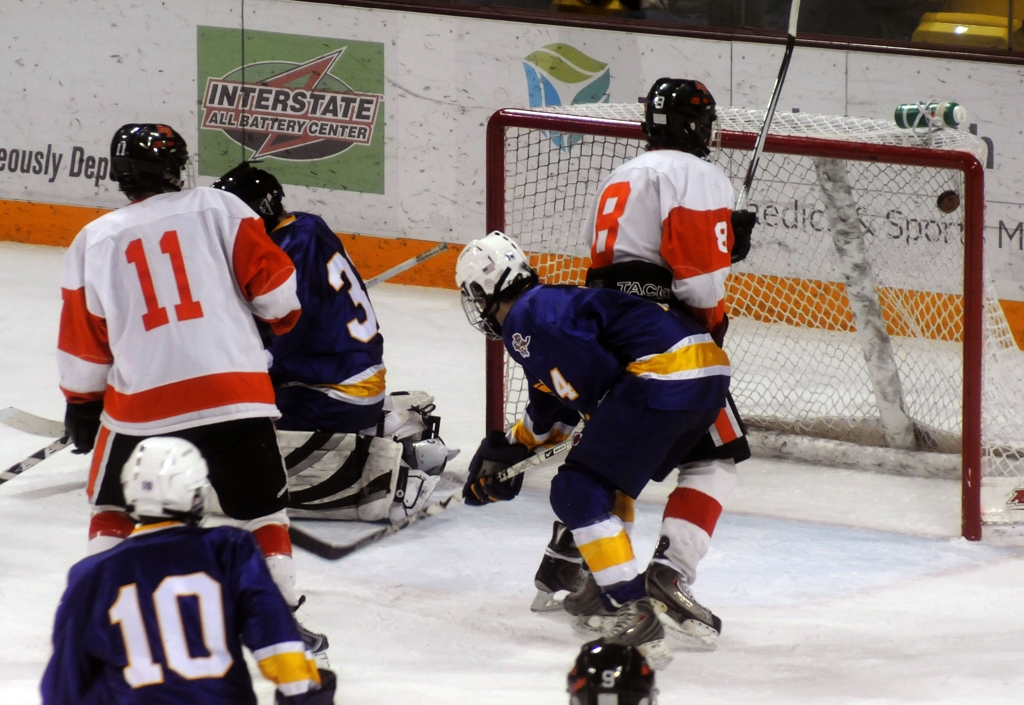 In the second game of the Section 7AA semifinal double header between Cloquet/Esko/Carlton and Grand Rapids, the outcome was the same but the tone was different. The Lumberjacks tied the game just 22 seconds into the second period at 1-1, but the Thunderhawks regained the lead just over two minutes later and they never looked back. 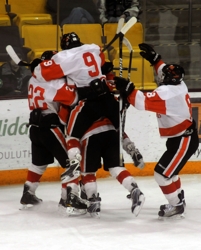 “Obviously the better team won,” Cloquet coach Dave Esse said. “Their defensemen controlled the play the first two times we played them and there was no difference tonight. They’re just a highly skilled team.”
Grand Rapids went on to score four unanswered goals from that point on, two of which were scored by Christian Pearson.

“This win was huge, it’s another step towards the Excell,” Grand Rapids’ Pearson said. “Coach told us to keep moving our feet and let them take the penalties and our power play really worked out well tonight.”

The Thunderhawks scored two power play goals, both which occurred within the last four minutes of the second period.

“I’m just disappointed we couldn’t capitalize on some of the chances we had because we had some great chances in the first two periods,” coach Esse said. “We also took two very undisciplined penalties and you can’t do that against a highly skilled team.”

The shots were even at nine after the first period but then the Thunderhawks took over and outshot Cloquet 20-9 in the second period en route to an overall edge in shots 38-29.

“Our biggest thing was to get the puck settled down because it seemed to be bouncing and Cloquet played how like we thought with a trap all over the rink,” Grand Rapids coach Bruce LaRoque said. “Once we got that settled down and got some pressure in the offensive zone then I thought we did pretty well.”

Pearson had two goals, one power-play, while Patrick Moore and Jake Bishoff both finished with three assists. Grand Rapids will face Duluth East in the Section 7AA championship game on Thursday, Feb. 3rd in a rematch of a game played in January where East won a barn-burner 2-1. 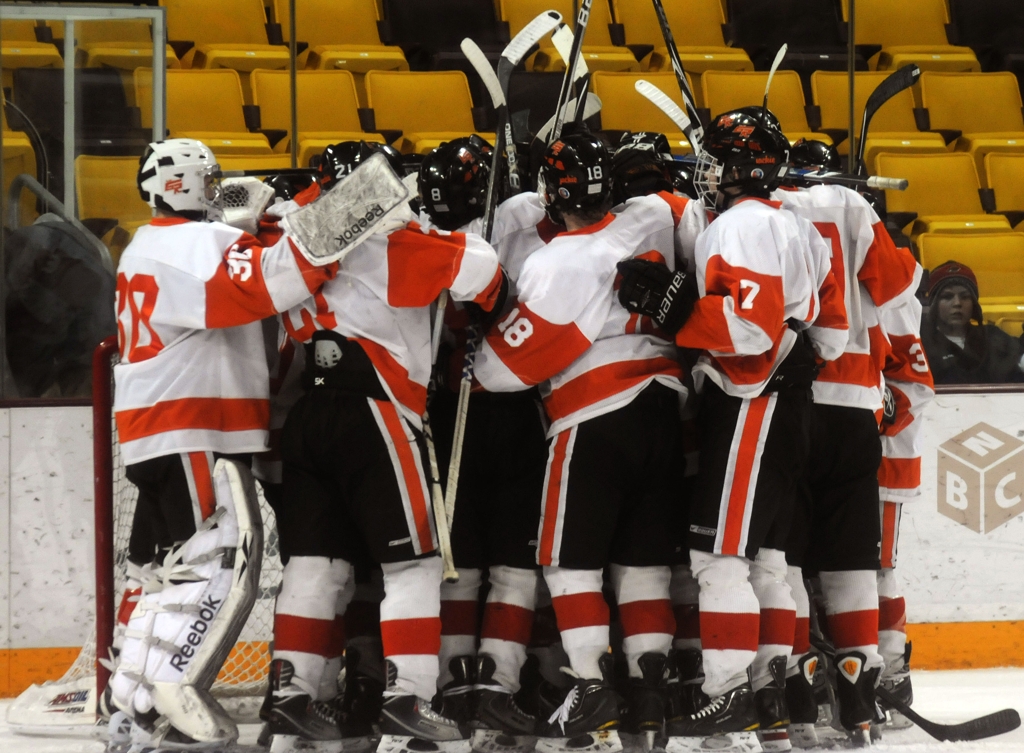 3. Dom DeGuiseppi, Grand Rapids
DeGuiseppi stopped 28 of 29 shots. DeGuiseppi will need to play like he did against Cloquet next week in the championship game in order to shut down the powerful Greyhounds. 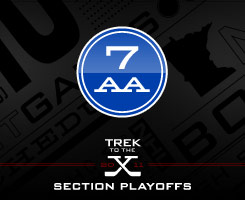