A change of heart for the best 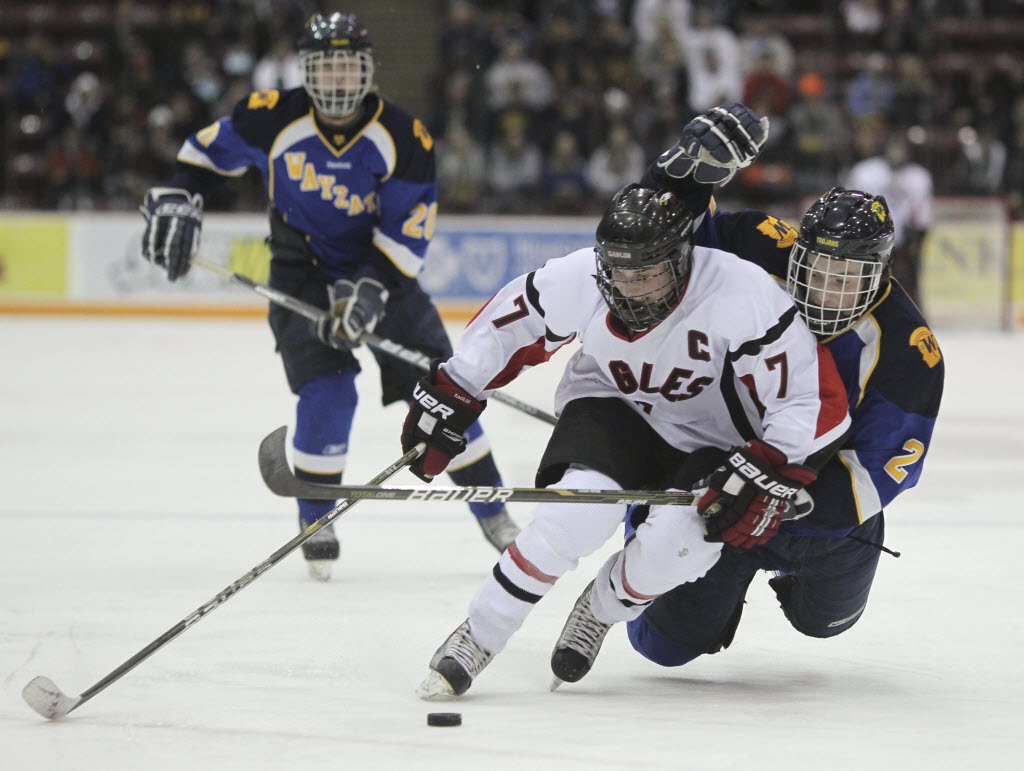 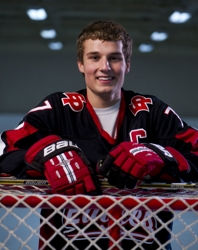 Kyle Rau made what he thought was a sound decision to forgo his senior hockey season at Eden Prairie and join Sioux Falls of the U.S. Hockey League last November. He spent that Sunday bidding farewell to stunned teammates and went to bed with a clear mind on the eve of high school tryouts.

But when he awoke the next day — as hockey fans on the Internet learned of and questioned his decision in full-throat — Rau felt a pull back toward high school.

“I realized that was not what I wanted to do,” Rau said. “It wasn’t where my heart was. I decided to stay and be with the boys, and I’m happy I did.”

His teammates — including twin brother Curt — felt likewise. But that did not save Rau from getting needled for being indecisive.

And he deserves everything that has happened since taking the ice this season. Rau, a future Gopher, resumed his role as the team’s and state’s most dynamic play-making center. He posted 36 goals, 38 assists and led the Eagles to the Class 2A state tournament, which begins Thursday. Rau and the No. 1 seed Eagles will be seeking their second state title in three seasons. For his efforts, Rau was selected the Star Tribune Metro Player of the Year.

All because of a change of heart. In that case, he had to catch up to what he felt was the right decision; usually, Rau is two steps ahead when it comes to doing the right thing.

“He sees things before they happen and he has the skills to make them happen,” Eagles coach Lee Smith said.

“I love the way he plays — hard-nosed,” Giles said. “He’s one of the better players we’ve seen come out of this state in a while.”

Eden Prairie endured one of the state’s toughest schedules, and Rau’s skills made him stand out in games all season — especially in the clutch.

He scored a third-period goal and added an assist on the eventual winner in the season opener against Apple Valley. He assisted on the winning goal against Minnetonka. And his short-handed goal gave Eden Prairie a 4-3 lead in an eventual 5-4 victory against Edina in the regular-season finale.

Those weren’t even Rau’s finest moments. His overtime goal Feb. 1 against Hermantown, Smith said, “gave us an emotional win that catapulted us into the stretch run.”

Rau’s biggest goal came in double overtime the Section 6 championship game against Wayzata. He corralled the puck amid a scrum near the Trojans net, kicked the puck off his right skate to his forehand and buried the biscuit.

“My favorite part of the game is when it’s close,” Rau said. “I’m lucky enough that Coach puts me out in those situations. My job is to score, so I try to go out there and get it done.”

Despite measuring 5-9, 160 pounds, Rau is not only a shifty scorer. He battles for pucks in all areas of the rink and does not shy from contact. In fact, he often seeks it out.

“He’s a pretty complete player,” said Chad Rau, Kyle’s older brother who plays for the Wild’s AHL affiliate in Houston. “He has a pretty big offensive upside and an edginess to him that helps him out big time.”

For all the pressure Rau puts on the opposition, he said the decision to leave or stay was his alone and not the product of outside influence.

“At the end of the day, his heart won out,” Smith said. “And we all benefitted from it.”

Past Metro Players of the Year

Star Tribune All-Metro teams
Kyle Rau might be player of the year, but who else made the all-metro team? find out who made the cut here

Q and A with Kyle Rau