Major upset in the Cards? 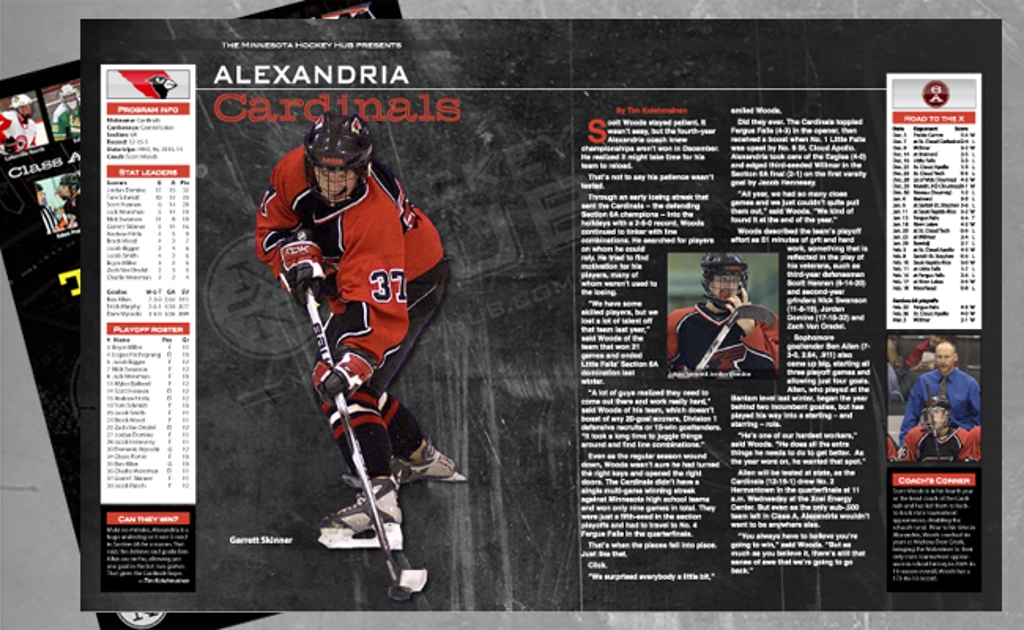 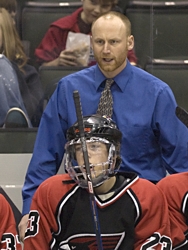 Scott Woods stayed patient. It wasn’t easy, but the fourth-year Alexandria coach knew championships aren’t won in December. He realized it might take time for his team to reload.

That’s not to say his patience wasn’t tested.

Through an early losing streak that sent the Cardinals -- the defending Section 6A champions -- into the holidays with a 2-5-0 record, Woods continued to tinker with line combinations. He searched for players on whom he could rely. He tried to find motivation for his players, many of whom weren’t used to the losing.

“We have some skilled players, but we lost a lot of talent off that team last year,” said Woods of the team that won 21 games and ended Little Falls’ Section 6A domination last winter.

“A lot of guys realized they need to come out there and work really hard,” said Woods of his team, which doesn’t boast of any 20-goal scorers, Division I defensive recruits or 10-win goaltenders. “It took a long time to juggle things around and find line combinations.”

Even as the regular season wound down, Woods wasn’t sure he had turned the right keys and opened the right doors. The Cardinals didn’t have a single multi-game winning streak against Minnesota high school teams and won only nine games in total. They were just a fifth-seed in the section playoffs and had to travel to No. 4 Fergus Falls in the quarterfinals.

That’s when the pieces fell into place. Just like that.

“We surprised everybody a little bit,” smiled Woods.

Did they ever. The Cardinals toppled Fergus Falls (4-3) in the opener, then received a boost when No. 1 Little Falls was upset by No. 9 St. Cloud Apollo. Alexandria took care of the Eagles (4-0) and edged third-seeded Willmar in the Section 6A final (2-1) on the first varsity goal by Jacob Hennessy.

“All year, we had so many close games and we just couldn’t quite pull them out,” said Woods. “We kind of found it at the end of the year.”

Woods described the team’s playoff effort as 51 minutes of grit and hard work, something that is reflected in the play of his veterans, such as third-year defenseman Scott Hennen (6-14-20) and second-year grinders Nick Swanson (11-8-19), Jordan Domine (17-15-32) and Zach Van Orsdel.

Sophomore goaltender Ben Allen (7-3-0, 2.64, .911) also came up big, starting all three playoff games and allowing just four goals. Allen, who played at the Bantam level last winter, began the year behind two incumbent goalies, but has played his way into a starting – and starring – role.

“He’s one of our hardest workers,” said Woods. “He does all the extra things he needs to do to get better. As the year wore on, he wanted that spot.”

Allen will be tested at state, as the Cardinals (12-15-1) drew No. 2 Hermantown in the quarterfinals at 11 a.m. Wednesday at the Xcel Energy Center. But even as the only sub-.500 team left in Class A, Alexandria wouldn’t want to be anywhere else.

“You always have to believe you’re going to win,” said Woods. “But as much as you believe it, there’s still that sense of awe that we’re going to go back.”

Make no mistake, Alexandria is a huge underdog as it was a No. 5-seed in Section 6A for a reason. That said, the defense and goalie Ben Allen are on fire, allowing just one goal in the last two games. That gives the Cardinals hope.

Scott Woods is in his fourth year as the head coach of the Cardinals and has led them to back-to-back state tournament appearances, doubling the school’s total. Prior to his time in Alexandria, Woods coached six years at Wadena-Deer Creek, bringing the Wolverines to their only state tournament appearance in school history in 2004. In 10 seasons overall, Woods has a 173-86-13 record. 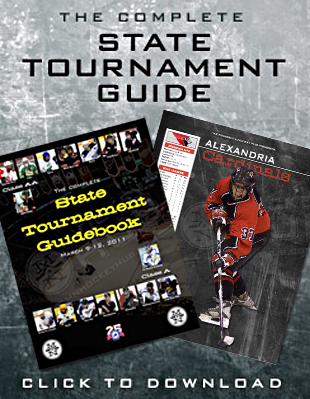