Flaws hard to find in Eden Prairie's Kyle Rau, the Hub's Player of the Year

Flaws? Every player has ’em.

For high schoolers, a standard checklist of criticisms can be applied that will identify at least a few holes in even the best players’ games:

For Eden Prairie’s Kyle Rau, all those potential negatives were, in fact, the strengths of his considerable game.

The Hockey Hub’s 2010-11 Player of the Year attacked every shift with a rare mix of energy and tenacity. His work ethic was the same at both ends of the rink, even though he was the unquestioned go-to guy for the Eagles when a big goal was required.

Eden Prairie played the state’s toughest schedule -- the Eagles squared off against all of the state’s top 10-ranked Class 2A schools at least once -- and still Rau scored 81 points to finish in the top 10 in the state in scoring (including playoffs). 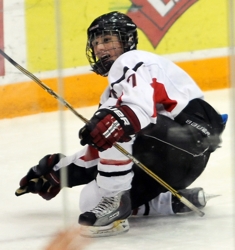 Eden Prairie's Kyle Rau, who scored 81 points in 31 games, is the Hockey Hub's Player of the Year. Photo by Helen Nelson

As for pressure situations, well, how about triple overtime in the state Class 2A championship?

Rau’s diving poke of the puck -- performed while sliding on his belly through the slot -- gave Eden Prairie a 3-2 victory over Duluth East in the longest championship game in the 67-year history of the state tournament.

“There’s always that factor,” Eden Prairie coach Lee Smith said about Rau’s play in the clutch, “believing that he has done it so many times before, ‘Why wouldn’t he do it again?’ ”

The 5-foot-9. 160-pound Rau, who has committed to play at the University of Minnesota, also scored in double overtime against Wayzata in the Section 6AA title game. During the regular season, he scored with 5 seconds left in overtime to boost the Eagles past eventual state Class 1A runner-up Hermantown.

“He’s not a boisterous guy, he doesn’t say a whole lot,” Smith said. “He’s just a guy who does it in the games when it mattered.”

Rau finished his three-year varsity career with 216 points, the most in school history. His career point total ranks 34th in state history.

Factor in the strength of the Eagles’ schedule (most of the state’s top career scorers played 1A schedules) and his two big-school state titles (Eden Prairie also won the championship in 2009), and Rau figures to be remembered as one of the all-time high school hockey greats.

Holy Family Catholic coach Noel Rahn coached Rau for years in the Eden Prairie youth hockey system. Rahn said he was at Xcel Energy Center in St. Paul, watching the Eagles’ epic battle against the Greyhounds, sure of how the game was going to end.

“I was in the stands, texting with a bunch of my friends,” Rahn said. “It was easy for me, watching Kyle growing up and coaching him for years, to know what to expect. He was always the guy who won the game for us.

“It was only a matter of, ‘When it is it going to happen?’ You can only hold on for so long, for him not to out-think everybody.”

Rau is playing in the USHL for the Sioux Falls Stampede. Through April 1, he had three goals and four assists in seven games.

Hockey Hub Player of the Year 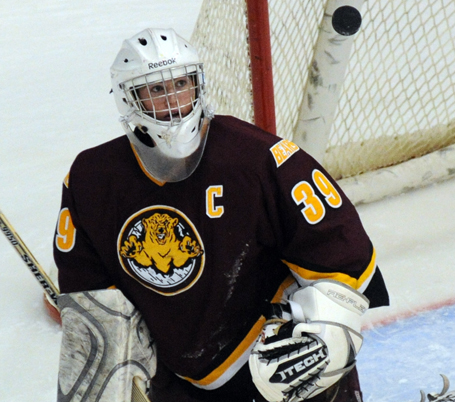 A standout in the Upper Midwest High School Elite Hockey League in the fall, Lyon extended his brilliant play into the winter with one of the greatest seasons posted by a goaltender in recent history. Lyon's .948 save percentage and 1.48 goals-against average were the best in the state, and his six shutouts tied for second most statewide. Lyon won the Frank Brimsek Award given annually to the state's top senior goaltender. He is playing for Cedar Rapids in the USHL and has not committed to a Division I program. 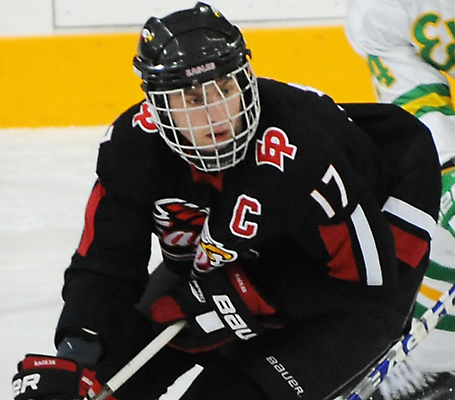 Molenaar, who underwent arthroscopic surgery on both hips after the season, was a dominant force for the state Class 2A champion Eagles despite playing through varying levels of pain all season. His superior skating and stickhandling ability made him a dynamic offensive threat, and he was a fixtured on the Eagles' top power-play unit. The co-captain also served as a locker room leader not afraid to speak his mind. Molenaar has not committed to a Division I program. 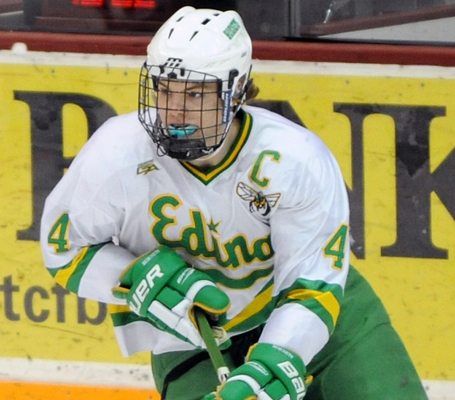 Everson dislocated his wrist late in the season but returned to the lineup in time to lead the Hornets to the state Class 2A tournament. A powerful skater with deceptive speed, Everson was Edina's physical and emotional leader. His combination of flawless positioning and superior strength made him exceedingly difficult to beat in one-on-one situations. He has committed to join his brother Marshall at Harvard next season. 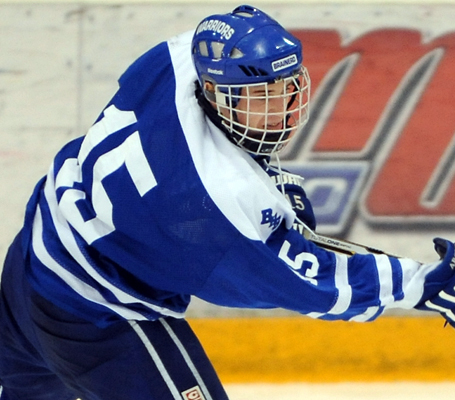 Archibald combined fearless play in the corners with a deft touch around the net en route to amassing a school-record 78 points. Archibald, the son of Brainerd coach and former North Dakota star Jim Archiblad, played with off-the-charts grittiness, a style reminiscent of his father's trademark toughness. Archibald, who ranks second in Brainerd history with 152 career points, has committed to play at Nebraska-Omaha. 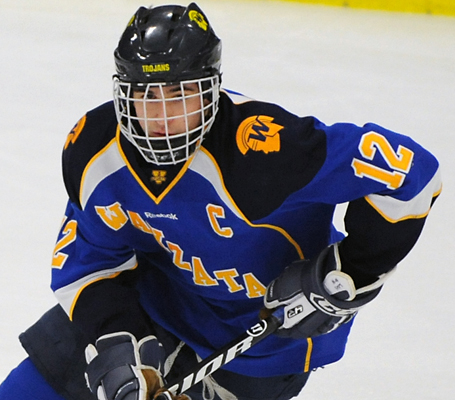 An electrifying offensive talent, Cameranesi has been described by NHL Central Scouting's Jack Barzee as "probably one of the best skaters" in the upcoming NHL draft. The leading scorer in the Upper Midwest High School Elite Hockey League last fall, Cameranesi failed to register a point in just three of 28 games during the high school season. One of 10 finalists for Mr. Hockey, he has committed to play at Minnesota-Duluth. 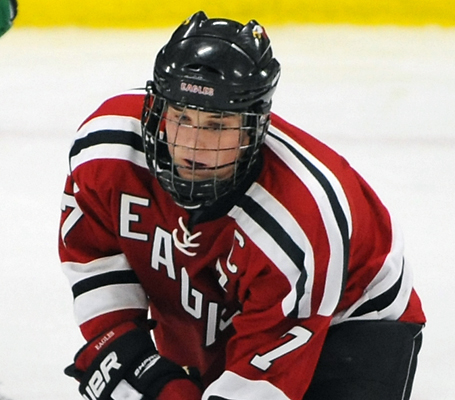 The Mr. Hockey award winner capped one of the greatest careers in state history by scoring in triple overtime on a face-first dive and poke of the puck against Duluth East in the state Class 2A championship game. Rau also scored in double overtime to lift the Eagles past Wayzata in the Section 6AA championship game. He finished as Eden Prairie's career scoring leader with 216 points (108 goals, 108 assists). Rau, who has committed to Minnesota, is playing for Sioux Falls, S.D., in the USHL.