Four invitationals are scheduled for the last week of November, making for a competitive opening weekend. 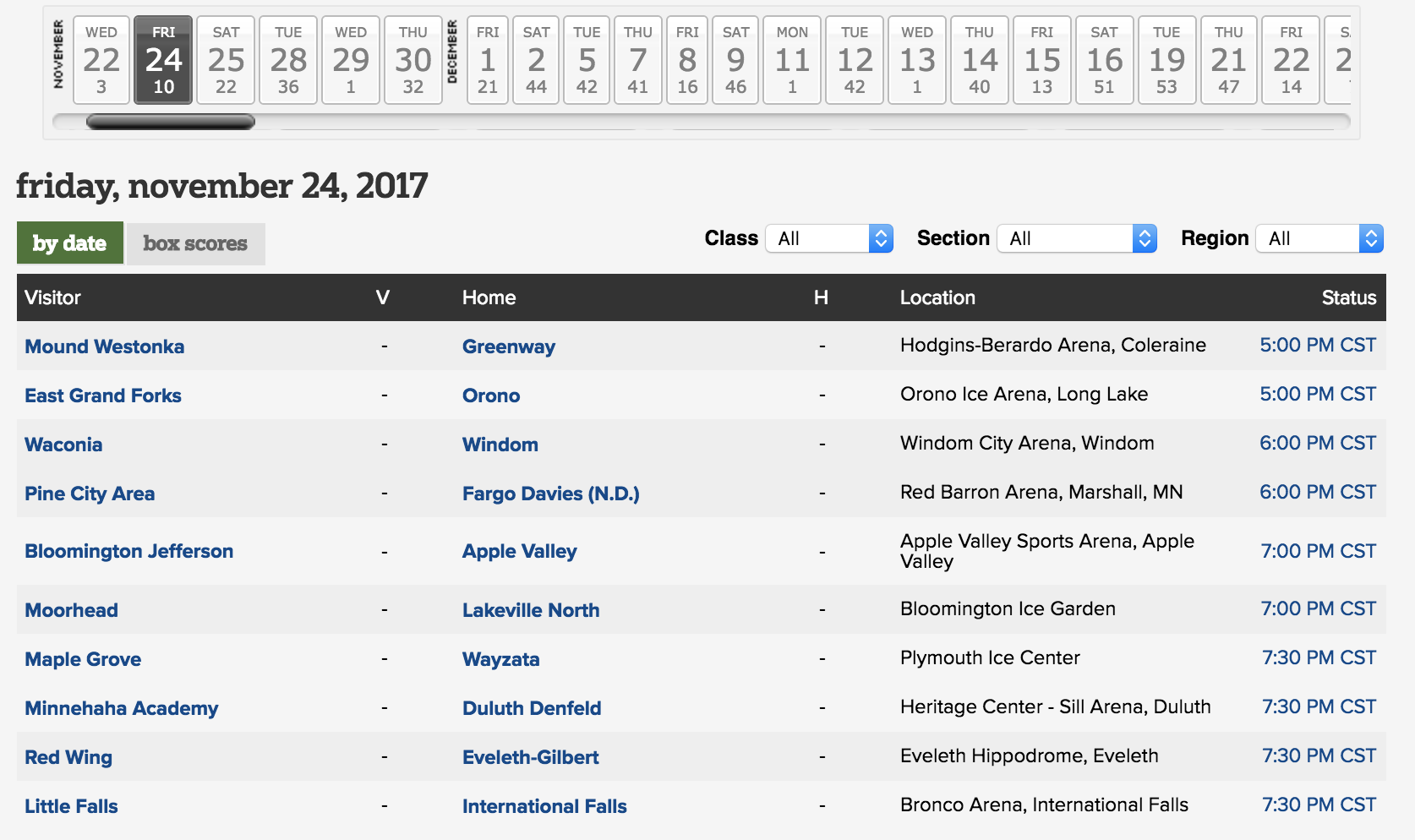 Some boys’ hockey teams don’t get a single game in before December, but four invitationals and jamborees in late November are sure to give fans a treat and a long look at their squads for the upcoming season before the calendar turns.

The Channel 12 Turkey Trot is a yearly spectacle, hosting high-level talent with hardware on the line. Two state tournament teams in Wayzata and Maple Grove face off in the opening game Friday, Nov. 24, at the Plymouth Ice Center.

Marshall hosts a round robin and faces Class 1A power, Breck, in the second game of the day at Red Baron Arena. Pine City Area will battle North Dakota’s consolation state champion Fargo Davies in the opener.

That same day, Nov. 24, Lakeville North welcomes Class 2A runner-up Moorhead to the metro, where the two schools play at the Bloomington Ice Garden along with Minnetonka and St. Thomas Academy in the Youth Hockey Hub’s sponsored event, The Opener.

Bloomington Jefferson will be playing in a two-day round robin in Apple Valley, facing the Eagles on Friday, while Park of Cottage Grove takes on Eastview in the other game.

Despite not playing in a jamboree in the final weekend of November, Delano and East Grand Forks have a meeting on Saturday, Nov. 25. The Green Wave travels to the Tigers’ rink in a rematch of the Class 1A consolation championship where the Tigers won 6-3.

Moving into December, Virginia/Mountain-Iron Buhl hosts International Falls in their Iron Range Conference debut Dec. 2, after both teams split dominant shutout victories over each other in the regular season last year.

In the days leading up to holiday tournament season and the new year, St. Louis Park and Benilde-St. Margaret’s will clash on Dec. 22 at the St. Louis Park Rec Center, where both teams should draw a large crowd on their shared home ice. A rematch of the Class 2A title game is slated the next day when Class 2A champion, Grand Rapids, caps a five-game road trip at Moorhead.

Defending Class 1A champion Hermantown ushers in 2018 with a rematch of the Hawks’ state semifinal against St. Cloud Cathedral Jan. 5. Hermantown won the game 6-5 in overtime en route to claiming its second consecutive small-school title.

As league title races ramp up in the final games of the regular season, defending Big 9 Conference champion Northfield could have a crucial game against Mankato West in both teams’ regular season finale Feb. 17, after the Scarlets finished third a season ago.