As the 2010-2011 season becomes the off season, The Overtime Sports Network traveled to Duluth and caught up with four key players who contributed to the University of Minnesota-Duluth's NCAA championship.

The four players discussed life at UMD, their run to the national championship, their incredibly productive high school days, experiences leading up to their college days, and their future plans.

Kyle Schmidt left his mark on the UMD Bulldog hockey program as he scored the game winning goal in overtime to lift his team to the 2011 NCAA National Championship at the Xcel Energy Center.  He was a two sport athlete at Hermantown high school where he excelled  both hockey, cross country and track and field.  He is a member of the record holding State Class 1A 4 x100 and 4 x 200 meter relay teams from his high school.

After scoring 31 goals and recording 49 points his senior season at Hermantown, Schmidt went on to the Fairbanks Ice-Dogs in the NAHL where he led the league in goals with 46 in 2006-2007.  He was named to the first team All-League team that same season.  He went on to a productive and steady career for his hometown Bulldogs where he earned 3 straight WCHA All-Academic team honors to go along with being named the 3-time WCHA Scholar Athlete from 2009-2011. 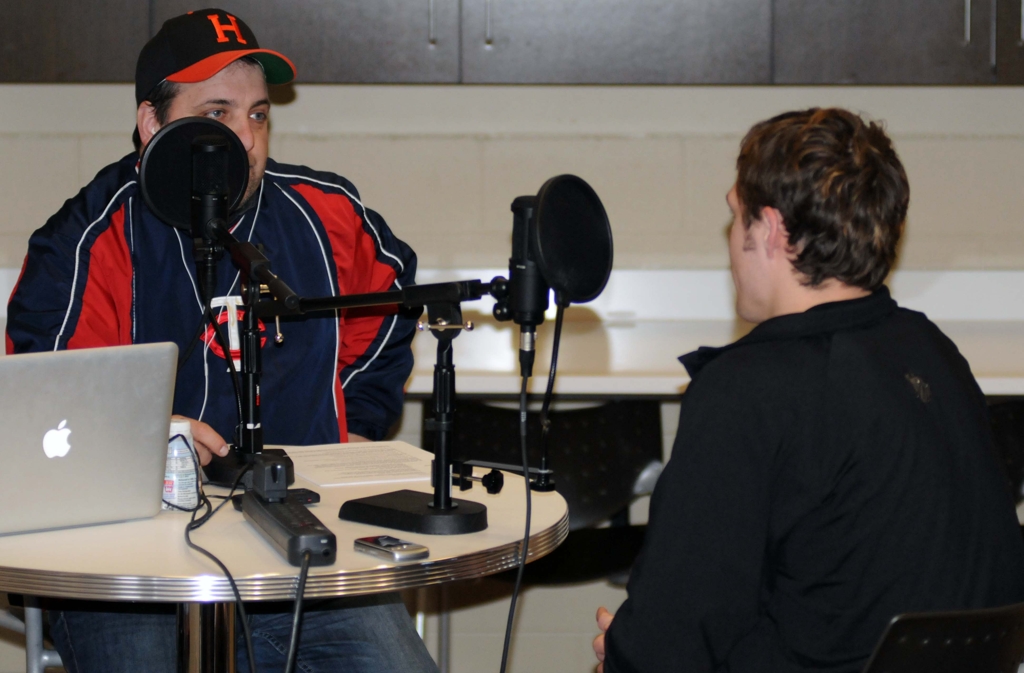 Jack Connolly has accomplished numerous honors in his career, and to date none was bigger than being a part of the 2011 National Championship team.  He led his Duluth Marshall team to back-to-back second place finishes at the state tournament and was an AP All-State honorable mention his senior year.  He also was named to the 2006 Duluth News-Tribune All-Area Boys Soccer Player of the Year.

He went on to play one year for the Sioux Falls Stampede in 2007-2008 where he led the league in scoring with 72 points.  He was named the US National Junior Player of the year, was an All-USHL rookie of the year and was named an All-USHL first team all star.

Jack watched as his brother win a National Championship with Boston University and can now share in the family title of being a national champion.  He discussed a variety of topics including his high school days, his decision to attend UMD, and what it meant to be a local player winning a title with the Bulldogs. 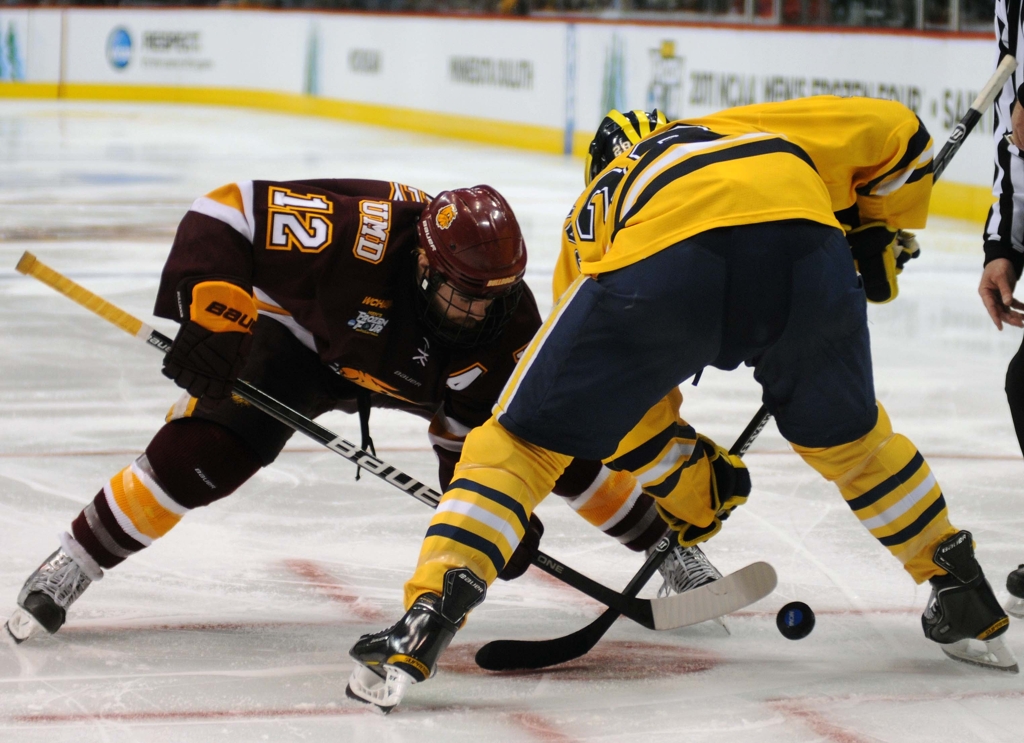 Jack Connolly takes a faceoff during the overtime period in the National Championship game. Photo by Jordan Doffing

J.T. Brown carries himself with the poise of a veteran.  He is a player that understands the big picture and when assessing his accomplishments and his team, he maintains a level of perspective that goes beyond his years.  The former star at Rosemount Irish was the first ever African-American born Mr. Hockey Finalist his senior season and he led a talented Rosemount team to the Section 3AA Final where they succumbed to the Woodbury Royals.

After he graduated, he went on to play for the Waterloo Black Hawks where he grew as a player over two seasons and put up some huge numbers (34g-43a-77pts) in 2009-2010 where he finished third in the league in scoring.

His success continued this past season at UMD where he was twice named WCHA player of the week.  He earned the honor of being named to the WCHA All-Rookie team and finished fourth on the Bulldogs in scoring.

Most impressively, Brown was named the Most Outstanding Player of the Frozen Four Tournament.  The humble Brown discussed his career to date and gave us his NHL Stanley Cup picks as well. 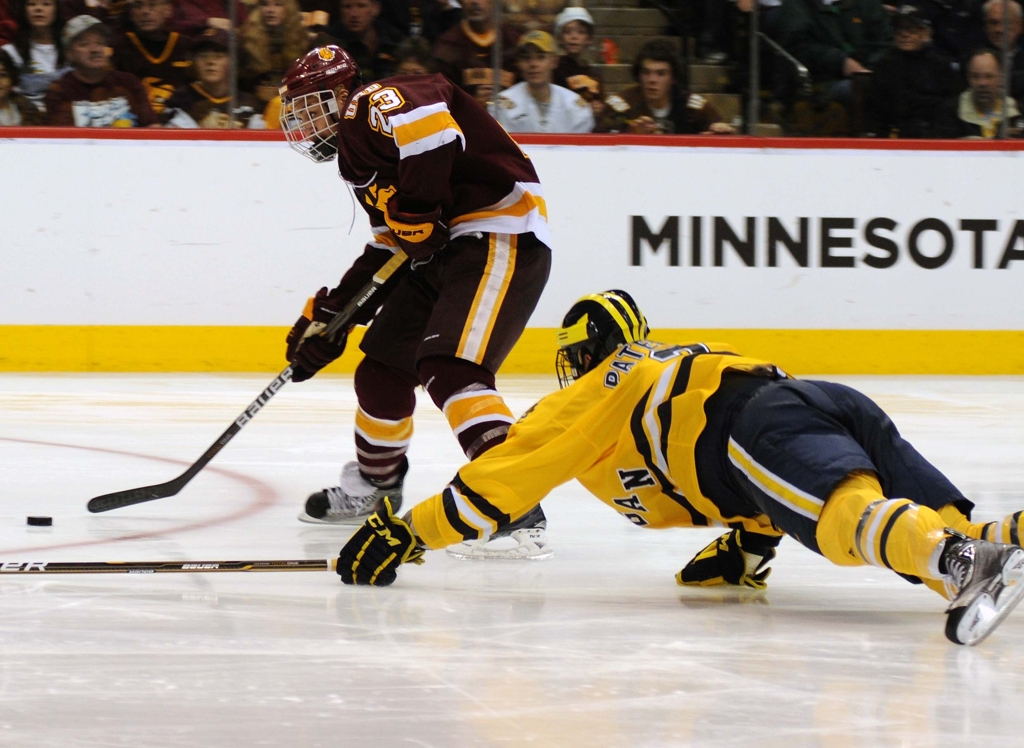 JT Brown beats a sprawling Michigan defensman in the offensive zone during the National Championship game. Photo by Jordan Dofing

Justin Fontaine just completed four productive seasons as a member of the UMD Bulldogs.  While one would think capping off their collegiate career with a national championship would be as good as it gets, Fontaine topped that as he signed an entry level deal with the Minnesota Wild just one week ago.

He was member of the highest scoring line in college hockey this past year and won back to back  All WCHA Academic Honors.  He was the Bulldogs rookie of the year in 2007-2008 and was second in points (46) his junior season and senior season (58).  He was named to the 2010-2011 All American team and was a three time selection to the All-WCHA team.

Fontaine came to Minnesota via Bonnyville, Alberta where he starred for his hometown Pontiacs from 2004-2007.  His father Dennis was a coach for the Pontiacs.  Fontaine tallied (26g-55a-81pts) his rookie season with the Pontiacs and was named the outstanding rookie of the AJHL.

Fontaine talked about his experiences in youth hockey, his life as a Bulldog, and his future with the Minnesota Wild. 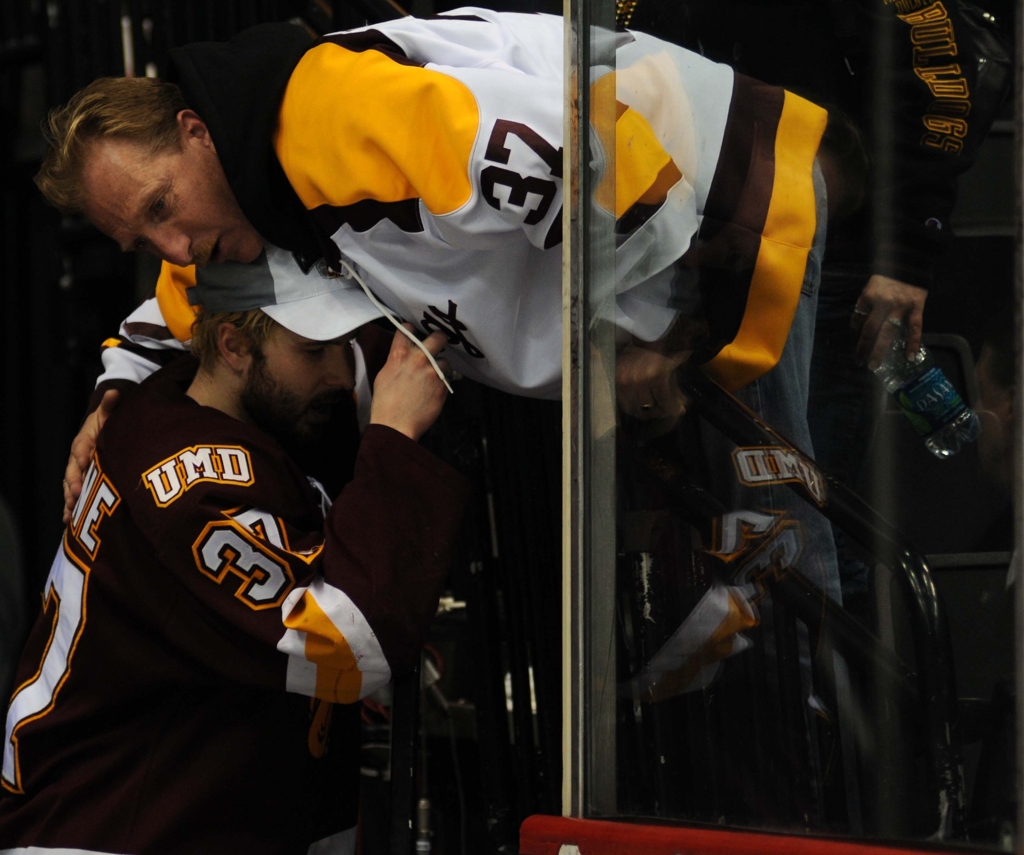