Torsten Lee and Jack LaTour each tallied a goal and an assist for the White Hawks. 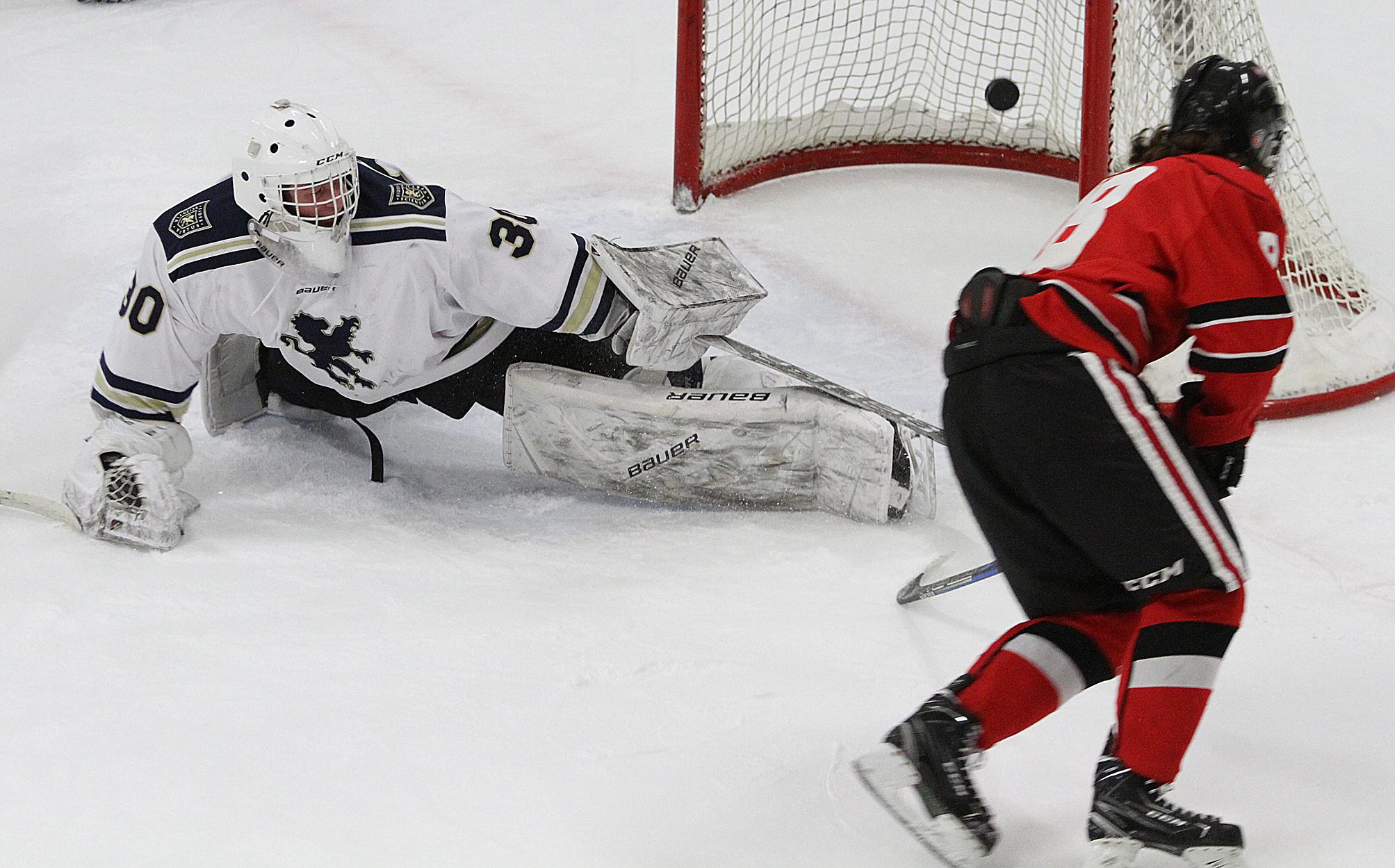 It took less than a period Tuesday for Mound Westonka coach Jake Hindermann to realize where this game was headed.

With his White Hawks leading by two goals, but facing a spirited effort from Providence Academy (7-5-2, 1-0-0) on its home ice, the first year coach addressed his group during the first intermission.

Keep your head, he warned. Don’t react to any provocation.

“It felt like they were trying to get under our skin,” he said. “For two periods, we did a great job of not acknowledging it.”

Mound Westonka, ranked No. 7 in the Class 1A coaches’ poll, needed everything in its arsenal, including patience, to pull past Providence Academy 3-2 Tuesday night at Plymouth Ice Center.

“Our motto for the season is to stick to our game,” said senior Torston Lee, who finished with a goal and an assist. “We try not to worry about what other teams are trying to do. We try to stay structured and not let them try to get into our heads.”

Providence Academy did all it could to slow down free-skating Mound Westonka. The Lions played physical and jammed up the middle of the ice for long stretches, while charging at the White Hawks (9-2-1, 1-0-0) with intensity and attitude.

While lacking the speed to keep up with the White Hawks, Providence Academy does not lack for size, and the Lions were committed to using physical play to their advantage.

“They forechecked us hard and did a good job of shutting down the middle of the ice,” Hindermann said. “They didn’t let us use our speed as much as we’d like to.”

The White Hawks got a pair of first period goals from Hank Nagel and Torston Lee to build an early lead, and never trailed. But despite the lead, the 40-27 shot advantage, and the significant edge in zone time, things never set up smoothly or efficiently for an offense that's used to scoring five goals per game.

The Lions stood their ground and contested every patch of ice through the whistle.  Along the boards and in open ice, things got chippy. For most of the first two periods, it proved pretty one sided from Providence Academy, before emotions drew in the White Hawks for the third.

It almost cost them when the Lions punched in a power-play goal in the final minute to pull within a goal before the White Hawks escaped the threat.

Providence Academy drew six penalties for 12 minutes, twice that of the White Hawks, though three of them came in the third period, including one for unsportsmanlike conduct and another for roughing.

“We started getting into the penalty box, and outside of our structure,” Hindermann said. “When you do that, you allow an opponent to stay around longer in a game than they should. If you are acknowledging the behavior, then you are making them relevant. And if you don’t make them relevant, then that (behavior) will go away.” 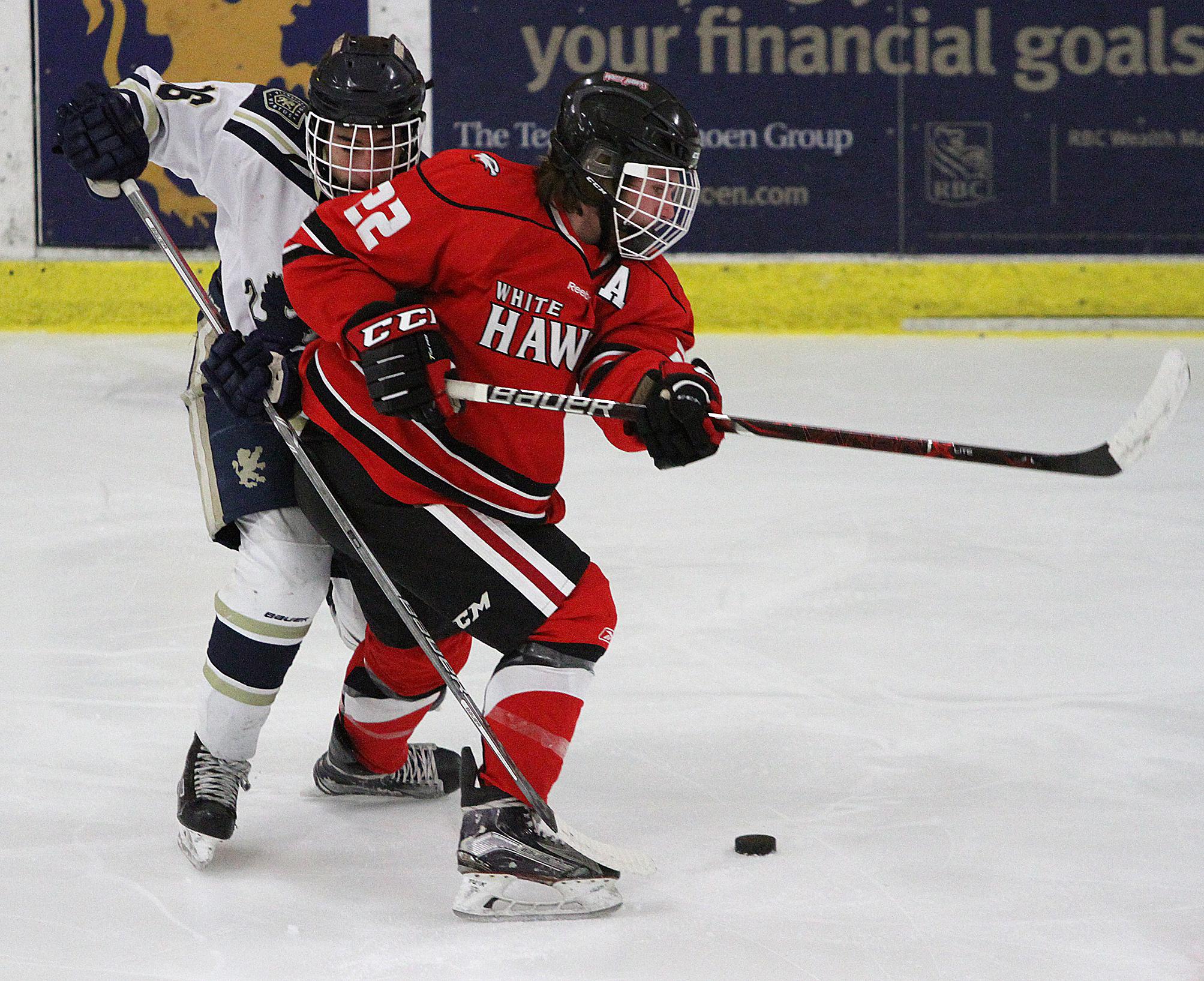 Mound Westonka jumped out with two quick first-period scores, then held on for a 3-2 victory over Providence Academy Tuesday night at Plymouth Ice Center.

The White Hawks, ranked No. 7 in the Class 1A state coaches’ poll, received scoring from Hank Nagel and Torston Lee to give them an early lead they would not surrender, while goaltender Cole Broome kept a lid on things at the other end and finished with 25 saves. Jack LaTour tallied the other goal for the White Hawks (9-2-1, 1-0-0) in the second period.

Providence Academy (7-5-2, 1-0-0) got goals from Evan Spdafora and Jacob Giesler, while goaltender Bradley Kookie finished with 37 saves on 40 shots for the Lions.