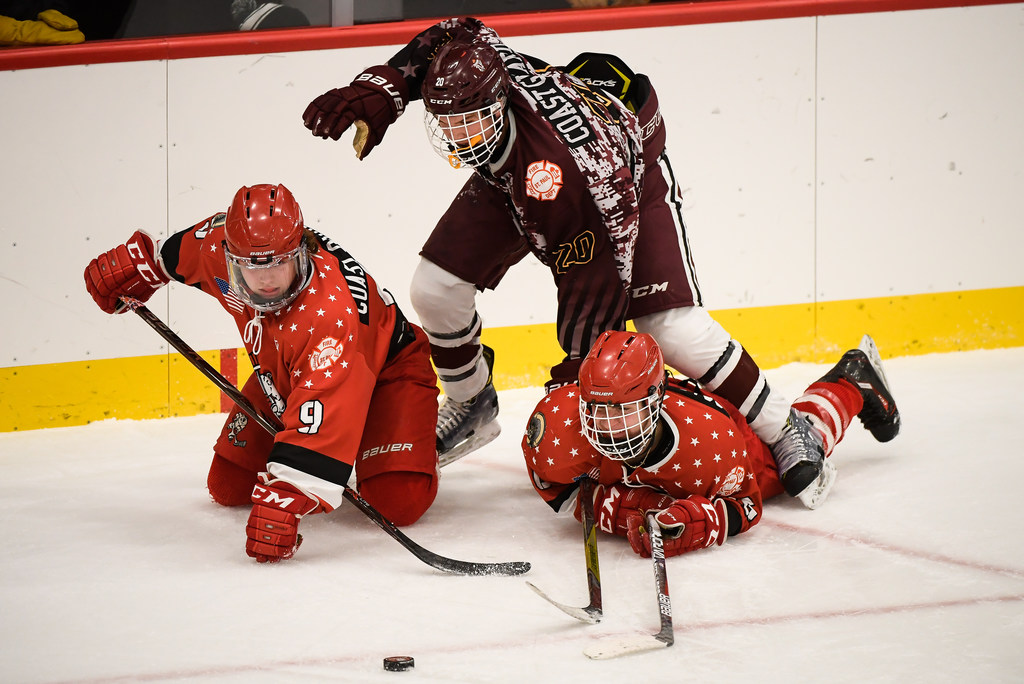 As his senior project, Austin began an effort last spring to get his Governors to play at the Minnesota Wild’s new practice facility, Tria Rink in St. Paul. Larson, also a senior, was the Polars’ representative in planning the game.

With all of the hubbub surrounding this inaugural game at the downtown St. Paul rink, both sides were excited for the puck to finally drop. Once it did, both teams got to enjoy an East St. Paul matchup at the new rink. North St. Paul got an early jump and came away from this special game with a 6-2 victory on Thursday.

The new professional facility is located on the seventh floor of the former Macy’s building. It will serve as a place for the Wild to practice and train and be the home to Hamline men’s and women’s hockey games.

But North St. Paul and St. Paul Johnson will always have the honor of playing the first-ever game at Tria Rink.

To add to the pageantry, both schools declared the game Military Appreciation Night. Both teams wore special jerseys and each player had a different branch of the military on their respective nameplate. These commemorative sweaters will be auctioned off for the United Heroes League, a nonprofit sports organization that helps veterans.

Polars’ senior forward Jake Edmunds got things going early with a goal at the 5:15 mark of the first period. Just over two minutes later, Edmunds scored his second goal of the night on a breakaway to make it 2-0. The senior is now tied for the team lead with eight goals this season.

“Our guys had been looking forward to this for a few weeks now,” said North St. Paul coach Nate Peasley. “We knew we were going to start off well.”

Senior forward Nathan Conroy shares the team’s goal-scoring lead with Edmunds. He added the North St. Paul’s next two goals, including his eighth of the season, after the Governors had cut the lead to 3-2.

“We were just trying our best to get out of that period still in the lead,” Peasley said. “We had to refocus.”

But Johnson could only get as close as 3-2. In the third, North St. Paul tallied goals 24 seconds apart to regain a three-goal advantage.

Larson scored the second goal of that pair and added another goal later in the period to make it 6-2. It seems the two goals came as a reward for his work in helping set up this game.

“This was a long time coming. I’m glad (Austin) let me in on it,” Larson said. “All of the work was worth it regardless of what happened. The goals were just icing on the cake.”

When Larson scored, it wasn’t just the Polars’ defenseman who was excited.

“(Larson) is the hardest worker on this team,” Peasley said. “Our team was fired up for him to score like that. You could see it on the bench.”

When the horn finally sounded, both teams were able to take a step back and look at the importance of this event for all involved in hockey in East St. Paul.

“It was a great experience,” Johnson coach Steve “Moose” Younghans said. “The whole community got to come out and see these guys. This is such a great building.” 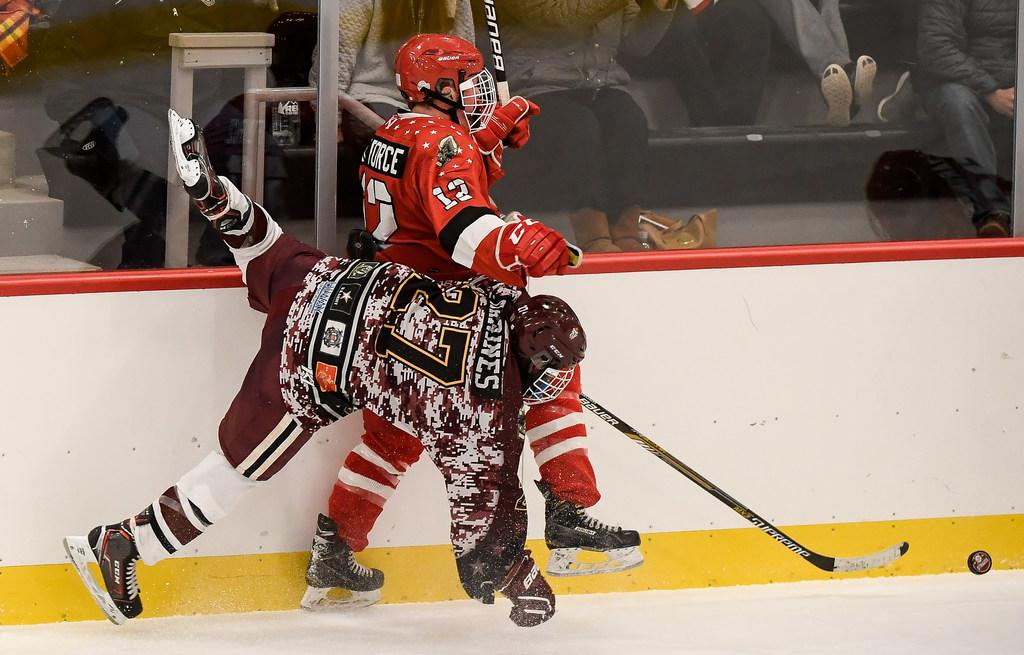 The Governors (5-5-1) offense was too little, too late. Junior center Caleb Cunningham tallied Johnson’s first goal in the second period and the Governors got within one goal early in the third after a goal by senior winger Alex Campbell.

Later in the third, however, North St. Paul quickly extended its lead. Conroy added his second goal of the game, and 24 seconds later, senior defenseman Kearby Larson scored to make it 5-2.

Larson contributed his second goal later in the third period, giving North St. Paul its largest lead of the night.