With 32 goals and 36 assists this season, the senior forward helped the Hornets return to the state tournament after a two-year absence. 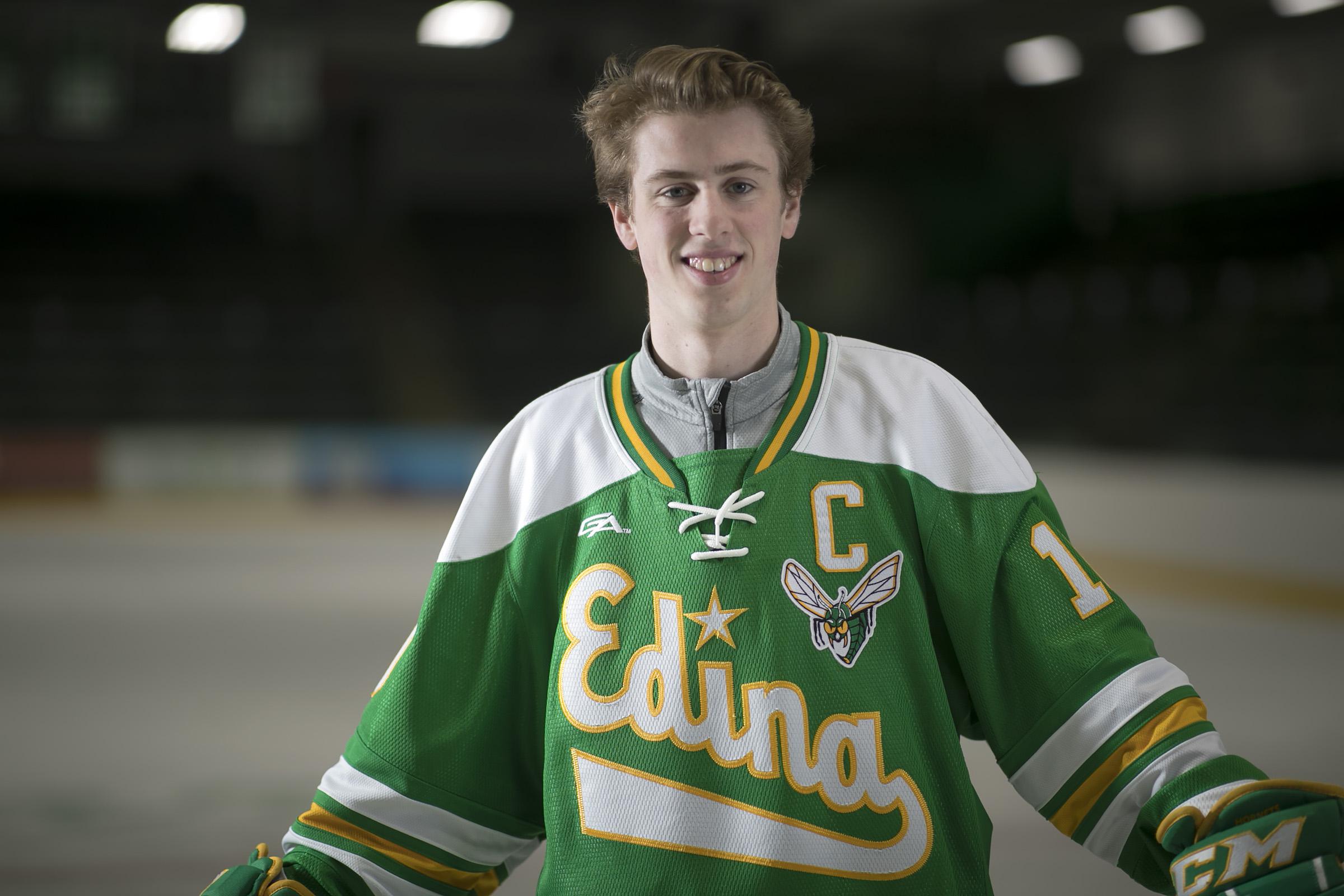 “He’s got that attitude of, ‘I’m going to keep coming at you,’ ” said Curt Giles, Sammy Walker's coach at Edina. “There’s not a lot of fear with Sammy. He goes to the tough areas where you have to go to make things happen.” Star Tribune photo by Jerry Holt

Using his incredible speed, Walker caught the Wayzata skater from behind, swatted away the puck and kept the Trojans on a carousel of fruitless offensive efforts.

The play didn’t produce one of Walker’s 32 goals or 36 assists this season, but it showed his hunger to get back to the state tournament, a grand destination he last visited as a freshman.

Walker is the catalyst of a loaded Edina team hitting the Xcel Energy Center ice at 11 a.m. Thursday in the first Class 2A quarterfinal. A “freaky, spooky good” player, according to one Lake Conference coach, and the Star Tribune Metro Player of the Year.

“Most people just look at my speed and that I can move,” Walker said. “But I think the biggest thing for me is that compete factor, and being ticked off when you lose a battle. That’s a big thing at the higher levels.”

It mattered in the Walker household, too. Older brothers Ben and Jack molded young Sammy’s competitiveness during street hockey battles, where the winner hoisted a homemade Stanley Cup — a cardboard box with a plastic kitchen bowl taped on top.

“Usually if I won I was getting a beating from my brothers,” said Sammy, who pretended to be Chicago Blackhawk star Patrick Kane as he scooted around neighborhood driveways and cul-de-sacs.

Both of Walker’s brothers left Edina’s program early for Victoria of the Western Hockey League, thereby forgoing their NCAA college eligibility. Sammy chose a different path, verbally committing to the Gophers as a sophomore.

“I was kind of a late bloomer in terms of my size,” Walker said. “And with always going to Gophers games as a kid, I think deep down, I was always a Gopher.”

Tough brotherly love helped Walker overcome a smaller stature; he was just 5-9, 135 pounds when he made his college commitment as a sophomore. He grew to 5-11, 165 pounds this season and played bigger, too.

“He’s got that attitude of, ‘I’m going to keep coming at you,’ ” Edina coach Curt Giles said. “There’s not a lot of fear with Sammy. He goes to the tough areas where you have to go to make things happen.”

A threat to score on every shift, Walker centers Edina’s powerful top line of Jett Jungels and Mason Nevers, a trio of speed merchants whose chemistry produced 81 goals and 103 assists, despite just becoming linemates in tryouts this season.

“He can take over a game in a heartbeat,” Nevers said. “Teams have to respect him and that gives me and Jett a lot of room.”

Defenseman Ben Brinkman marveled, “Sometimes you’ll give it to him in the D-zone and you’ll get an assist just because he skates it all the way up the ice around everyone.”

Walker takes an equal amount of pride in coming back to help on defense. Early in the season, as the Hornets were closing out a 6-2 victory against Maple Grove, Walker’s hustling made an impression on Crimson assistant coach Gordie Roberts.

After the game Roberts told Giles, his former North Stars teammate, “You know you’ve got a good team when your best player is backchecking hard.”

Click to view the players named to this year's all-metro teams. 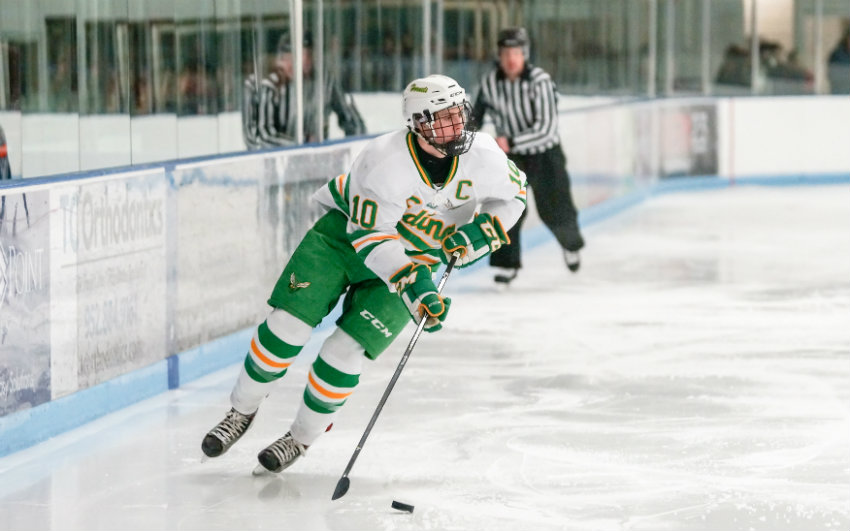 Edina's Sammy Walker moves the puck up the ice against St. Louis Park in the Class 2A, Section 6 semifinals on Feb. 24. Photo by Korey McDermott, SportsEngine