Josh Luedtke's second goal of the game gave the Skippers a 5-4 victory to win the Section 6 championship after they scored the tying goal with 3.2 seconds left in regulation. 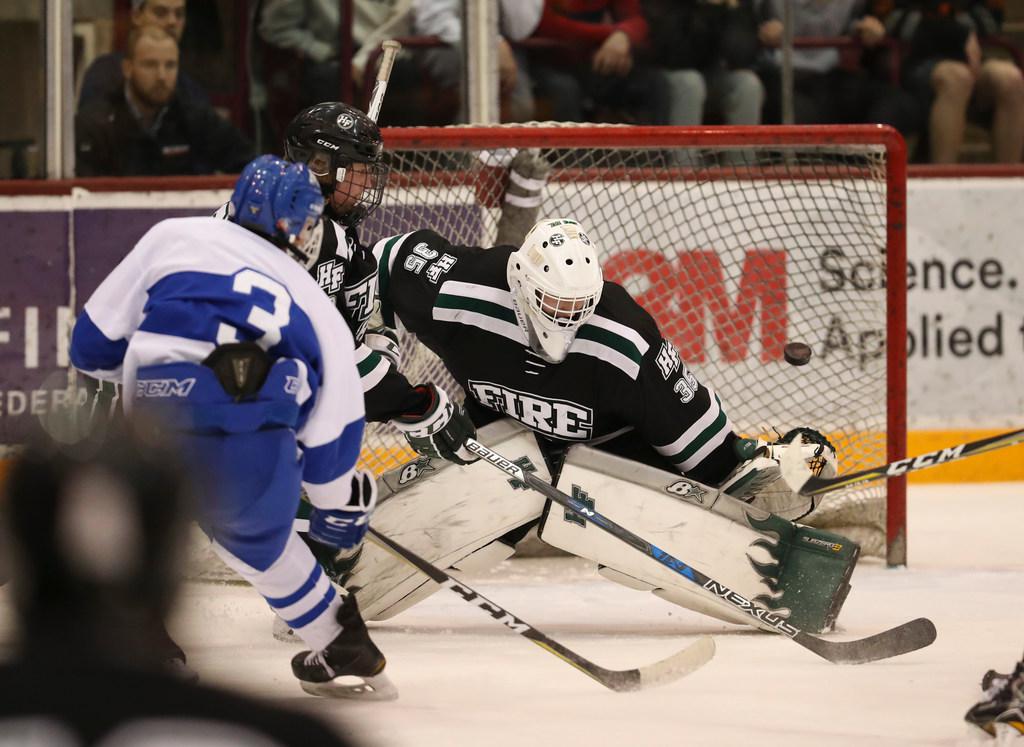 Minnetonka waited eight long years, and on Wednesday, two excruciating overtimes, for a return to the state tournament.

Top-ranked Minnetonka outlasted Holy Family Catholic of Victoria for a 5-4 double-overtime victory Wednesday in the Class 2A, Section 2 championship game in the second game of a doubleheader at 3M Arena at Mariucci. The Skippers return to state for the first time since 2010.

Junior defenseman Josh Luedtke took the lead role on the final goal. He darted into the slot, made a slick move to get space and fired high over goalie Conan Hayton. 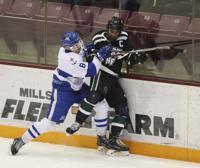 An injury forced Luedtke to miss several weeks of the season. He didn’t not miss on his chance in the season’s biggest game.

“I was just following the play and hoping for the best,” Luedtke said. “I made that move and looked far side. I knew I had him and it was a great feeling.”

The teams scored a combined six goals and drew even three different times in a furious third period.

“I looked up at the clock with around 10 seconds left and I kind of saw our season flash before my eyes,” Luedtke said. “I took a shot, it got blocked and it was a great play by Teddy.”

The late goal failed to unnerve Holy Family, which battled through both overtimes and created chances.

“We needed to get pucks to the net and get a lucky bounce,” Fire coach Noel Rahn said. “It was a heck of a hockey game and two teams left it all out on the ice.”

The game was the 10th consecutive victory for Minnetonka, playing its first season under coach Sean Goldsworthy. 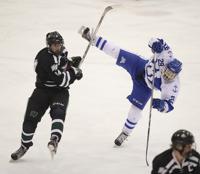 Junior defenseman Josh Luedtke darted into the slot, made a slick move to get space and fired high over goaltender Conan Hayton at 11:33.

With the victory, the Skippers return to state for the first time since 2010.

The game Wednesday at 3M Arena at Mariucci marked the 10th consecutive victory for Minnetonka (24-2-2), playing its first season under coach Sean Goldsworthy.

Minnetonka dominated the shots on goal with 57 to Holy Family’s 21.

A furious third period saw the teams score a combined six goals and draw even three different times. The last came with 3.2 seconds remaining on a goal from Minnetonka sophomore Teddy Lagerback.