Monticello heads back to state with victory over North Branch

The Moose claimed a 4-1 victory to win the Class 1A, Section 5 championship. 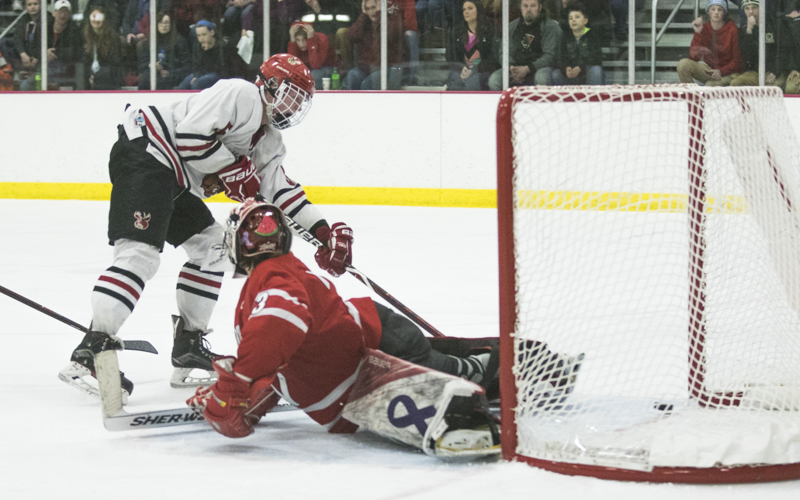 Click photos to view the entire gallery from the game

In a 1-1 game with time winding down, senior defenseman Jack Saunders of top-seeded Monticello tried to use the momentum from a power play to an advantage. So he sent a point shot through traffic with 3:48 on the clock against second-seed North Branch.

He scored the game-winner for a 4-1 Monticello (19-7-2) victory in the Class 1A, Section 5 final Thursday at Elk River Ice Arena.

His teammate Jeff Henrikson scored his second goal of the game with two minutes to play before the Moose added an empty-netter with 5.1 seconds left.

The Moose took a 1-0 lead 39 seconds into the second period before North Branch’s Brady Meyer tied it a few minutes later.

Monticello coach Eric Nelson said he saw a “complete team effort” from his squad, especially in a tight game.
“That was the biggest part was just to keep playing and keep pushing, keep getting after pucks and getting them deep,” Nelson said.

The Moose return to the state tournament for the second time overall. Last year’s co-op Monticello-Annandale-Maple Lake finished as the Class 1A runner-up.

For the Vikings (22-6-0), the loss snaps their 10-game winning streak. Three of their six losses this season were to Mississippi 8 Conference rival Monticello. 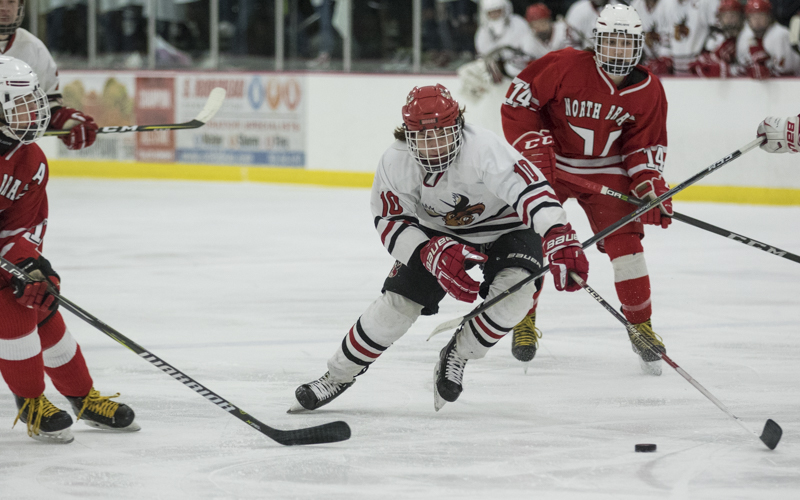 Monticello sophomore Jacob Sorensen battles through the North Branch defense to bring the play into zone Thursday night. The Moose advanced to the Class 1A State Tournament with a 4-1 victory over the Vikings. Photo by Jeff Lawler, SportsEngine

Monticello will make the journey back to the state tournament for the second consecutive year.

The Mooseo topped North Branch 4-1 on Thursday in the Class 1A, Section 5 final at Elk River Ice Arena.

Senior defenseman Jack Saunders broke a 1-1 tie with 3:48 left in regulation for the game-winner. The Moose scored again with two minutes to play and later added an empty-netter.

The Moose defeated their Mississippi 8 Conference rival for the third time this season. The last time they met, the Moose won 4-3 with a goal 31 seconds into overtime. 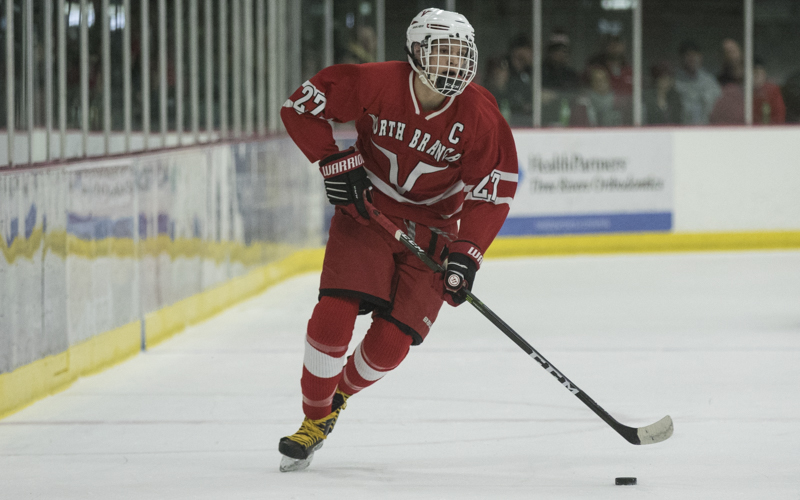 North Branch's Brady Meyer skates the puck up the wing against Monticello Thursday night in the Class 1A, Section 5 Final. Despite a goal from Meyer, the Vikings fell to the Moose 4-1. Photo by Jeff Lawler, SportsEngine