The Pioneers got two goals from sophomore forward Henry Eischen en route to a 3-1 victory and the Class 2A, Section 4 title. 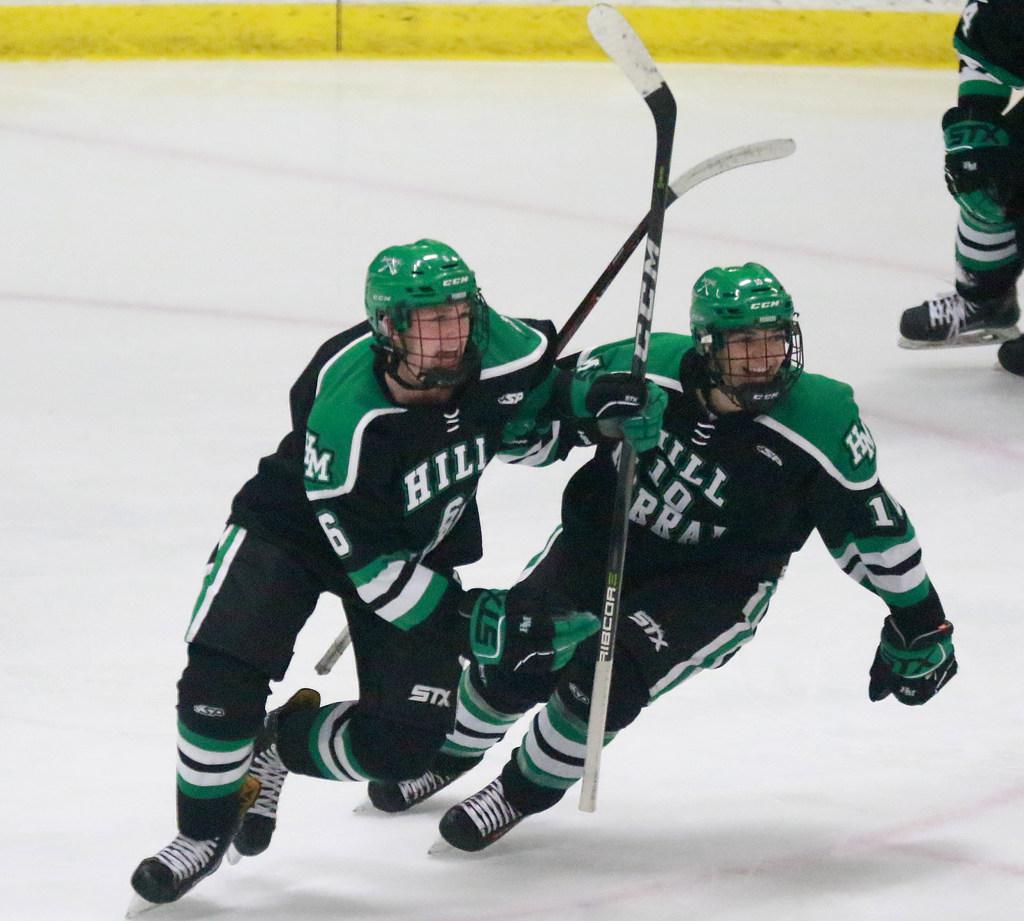 Hill-Murray's Henry Eischen (6) reacts after scoring his second goal of the game in the second period against White Bear Lake on Friday in the Class 2A, Section 4 final at Aldrich Arena in Maplewood. Photo: DAVID JOLES • david.joles@startribune.com

Not much has changed in one of the state’s best rivalries. About 4,000 fans packed Aldrich Arena in Maplewood, Hill-Murray’s home rink, with the final state tournament spot on the line.

The Pioneers came through with a 3-1 upset victory of No. 5 White Bear Lake, their eighth victory in the teams’ past 10 postseason meetings. 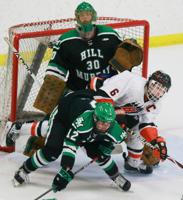 Sophomore forward Henry Eischen scored twice on plays that epitomized his relentlessness all season. Eischen started on the JV and a knee injury slowed his ascent.

Hard work resulted in a promotion to the Hill-Murray (13-11-4) second line. On Friday, he was often first to the puck. Eischen opened the scoring in the first period. In the second, he charged past a Bear defender, flashed into the crease and backhanded the puck high into the net for a 2-0 lead.

On a team with only three seniors logging consistent shifts, playing with a lead proved vital.

“It picked everyone up and helped us gain momentum,” Eischen said.

“When you don’t bury chances, you give the underdog an opportunity to believe a little bit more,” White Bear Lake coach Tim Sager said.

Sager estimated “10-12 chances from the dots in and six from about six feet in” that produced just one goal. Hill-Murray goalie Remington Keopple played a big part, snuffing prime rebound chances and stopping a second-period breakaway. White Bear Lake, which defeated Hill-Murray in December, outshot the Pioneers 28-18 on Friday.

“It’s a crazy game; I’ve been around for 33 years as a coach and right when you think you got it figured out, it gives you that big kiss of rejection,” Sager said. “It wasn’t from a lack of trying.”

A great rivalry gone dormant by a lack of playoff action came alive Friday as Hill-Murray faced White Bear Lake for the Class 2A, Section 4 title.

The Pioneers, playing on their home ice at Aldrich Arena, hustled to a 3-1 upset of the No. 5-ranked Bears and clinched the final 2A state tournament spot.

Hill-Murray has ended White Bear Lake’s season eight times in the teams’ past 10 postseason meetings, though Friday was their first tilt since 2013.