The Zephyrs skated to a 6-3 victory to win the Class 1A, Section 4 title. 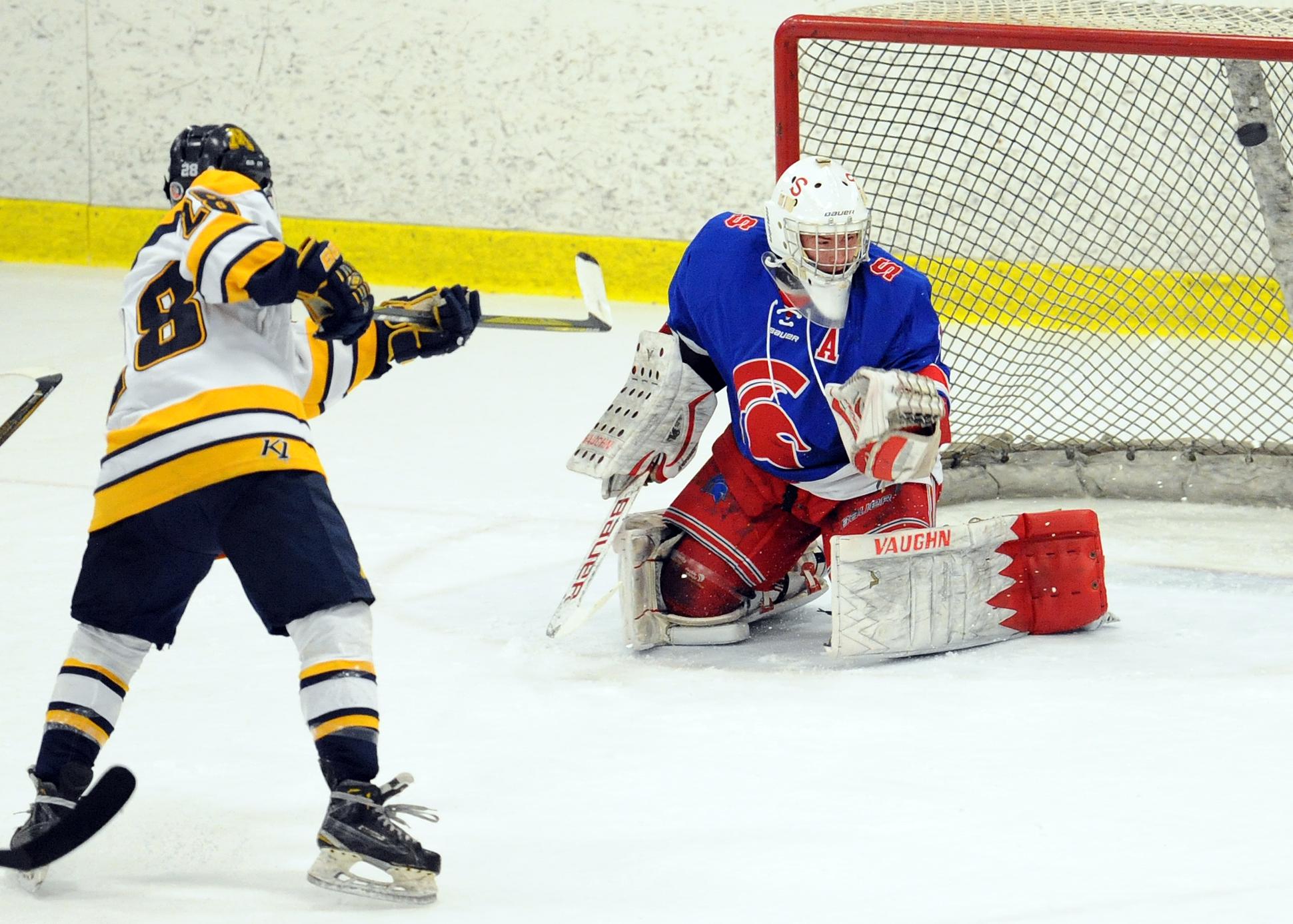 The Zephyrs trailed 1-0 late in the first period before scoring three goals in exactly a minute to grab the lead and control of the game.

“It was a great answer to their (Simley’s) fast start,” Mahtomedi coach Jeff Poeschl said.

First, it was junior Dylan L’Allier all alone in the slot scoring his third of the season as he netted a top-shelf shot with 2:01 to play in the first. Just 13 seconds later, Mahtomedi (21-6-1) took a 2-1 lead on senior defenseman Cullen Guzzo’s third goal of the season.

Then Simley took a penalty. The Zephyrs, ranked No. 2 overall in Class 1A, extended the lead just five seconds into the man advantage just after an offensive zone draw. Junior Kory Pilarski got the goal.

“Lots of momentum, so we knew we could probably win the game if we kept going,” Mahtomedi sophomore Nikolai Dulak said.

Dulak scored what proved to be the game-winner for the second consecutive game to make it 4-2. The Zephyrs scored 1:32 into the third for a three-goal lead and later added an empty-netter. 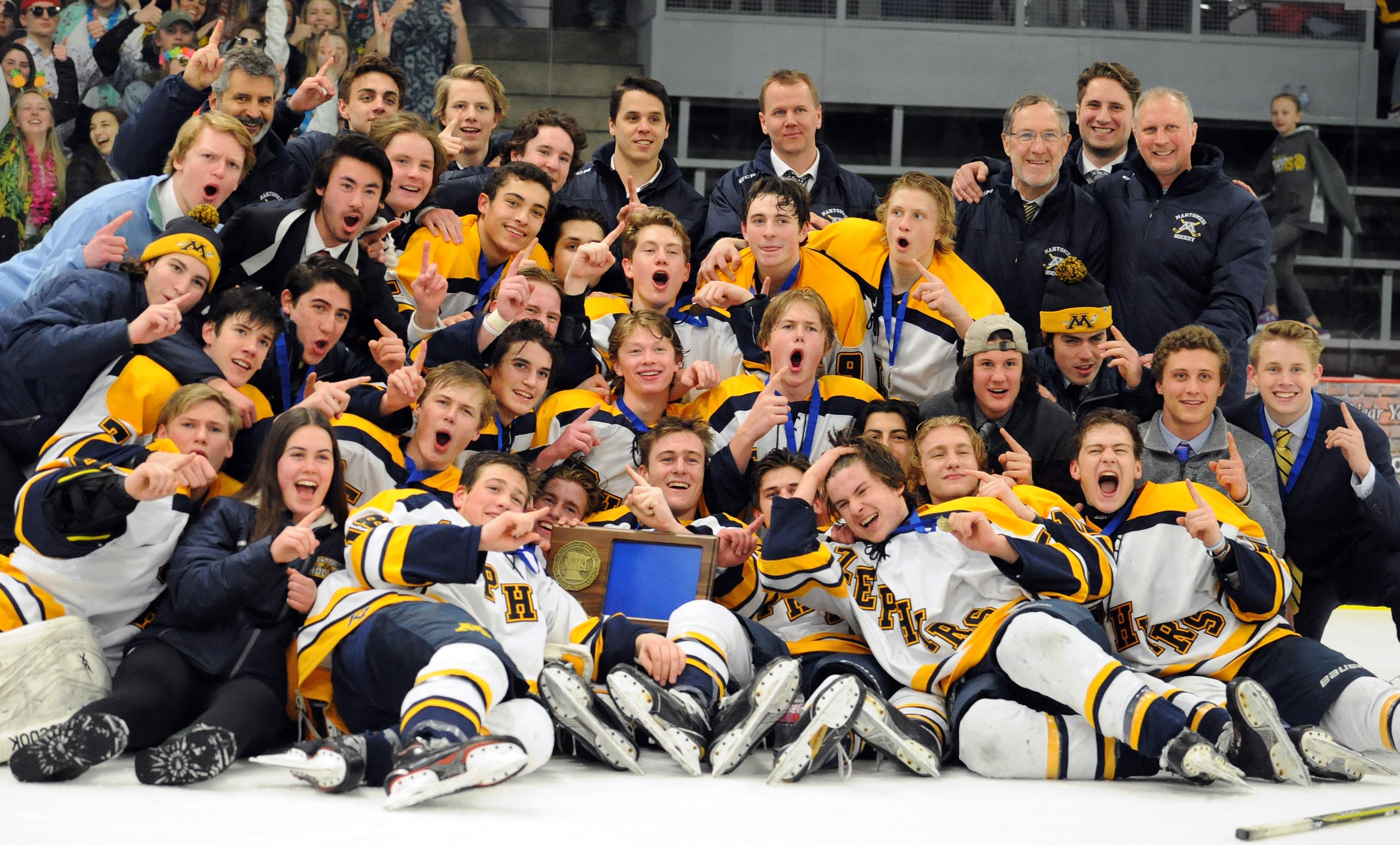 Mahtomedi strikes a pose with the Class 1A, Section 4 championship trophy after beating Simley 6-3 on Friday night. Photo by Loren Nelson, SportsEngine

For the third time in four years, Mahtomedi is a section champion.

The top-seeded Zephyrs (21-6-1) defeated No. 3 seed Simley 6-3 to win the Class 1A, Section 4 title on Friday at Roseville Skating Center. Mahtomedi had six different goal scorers in the game.

No. 2-ranked Mahtomedi trailed 1-0 but scored three goals in exactly a minute late in the first period to grab the lead. Sophomore Nikolai Dulak scored the game-winning goal for the second consecutive game.

The Spartans got within a goal in the second but that was as close as they could get.

The Zephyrs return to state for the 10th time in search of their first state title. Simley (19-8-1) reached the section final after winning just five total games a season ago. 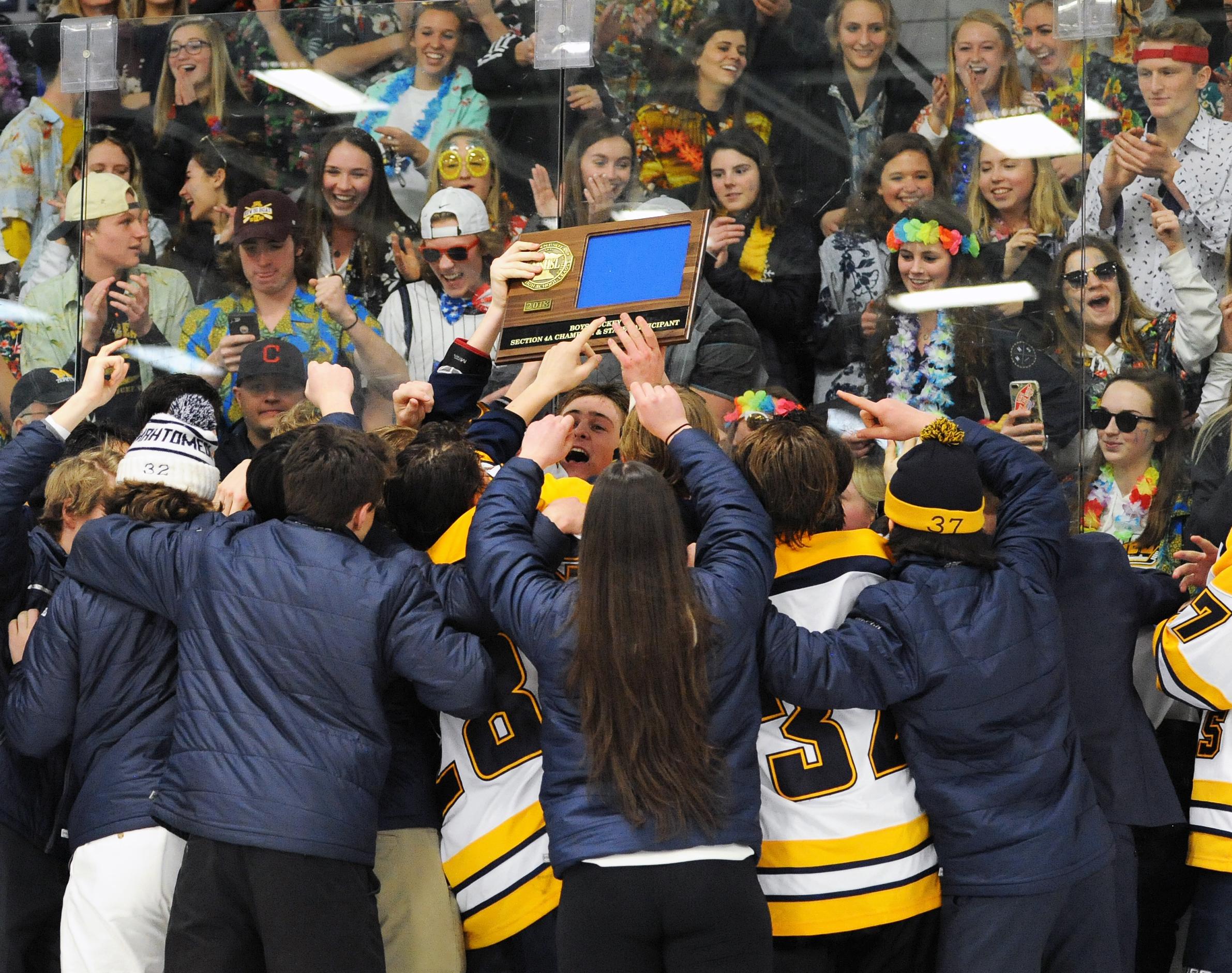 Mahtomedi senior Charlie Bartholomew is swallowed by a sea of teammates as he hoists the Class 1A, Section 4 championship trophy in front of the Zephyrs' student section. Photo by Loren Nelson, SportsEngine 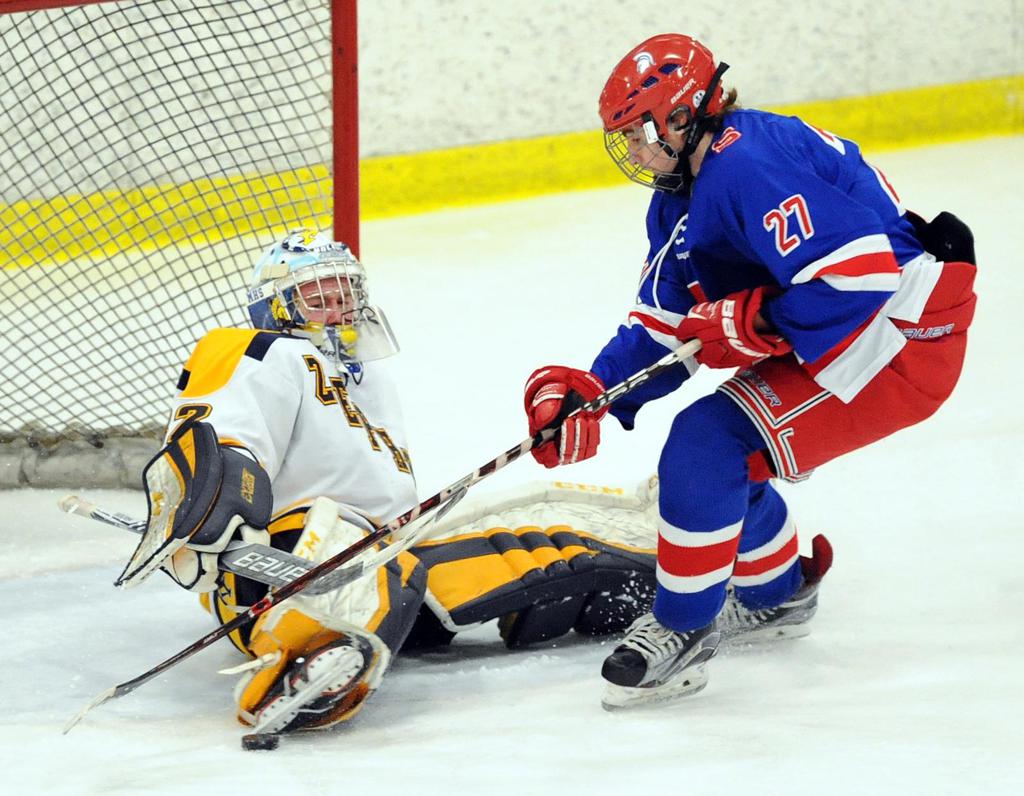