Edina rolls over Lakeville North and into state semifinal round 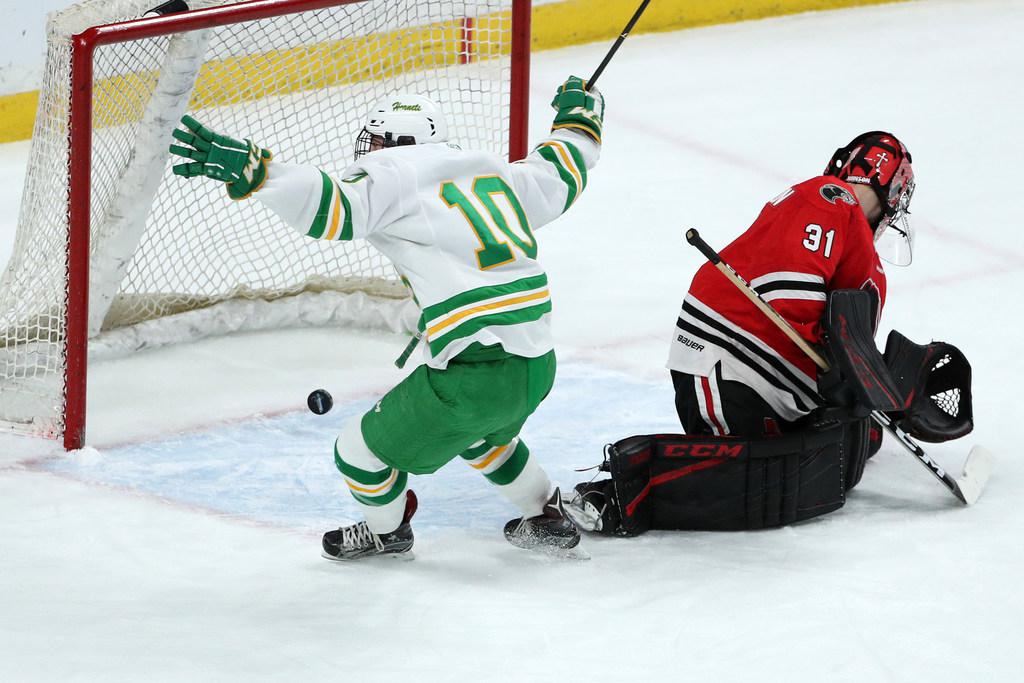 An unselfish and unstoppable team effort produced a 7-1 victory for the Hornets against Lakeville North.

Deft stickhandling in tight areas. Backdoor passes for tip-in goals. Passing plays that would make the Red Army or Wayne Gretzky’s Edmonton Oilers proud. Edina packed it all into one dominating performance Thursday in the opening game of the Class 2A quarterfinals at Xcel Energy Center.

Walker’s signature moment? His shorthanded breakaway goal is a worthy candidate. Corralling the puck in the Hornets’ defensive zone, Walker saw he was running out of room and made his move.

“The ‘D’ stepped up, so I didn’t have a lot of options,” Walker said. “I just kind of threw it out to the middle, beat him to the puck and the rest is history.”

The play put No. 2 seed Edina (27-2) ahead 3-0 after the first period. No letdown ensued. Four additional goals in the second period finished Lakeville North (16-11-2). For the game, Edina scored twice on power plays and twice shorthanded.

“We needed to play great to have a chance,” said Panthers coach Trent Eigner, who plays 10 sophomores. “So, anything less than that is going to end up something like this.”

“They don’t care who scores the goals, they just want to compete and they want to win,” Giles said.