The Greyhounds are led by Mr. Hockey finalists Luke LaMaster and Garrett Worth, plus North Dakota-bound Ryder Donovan. 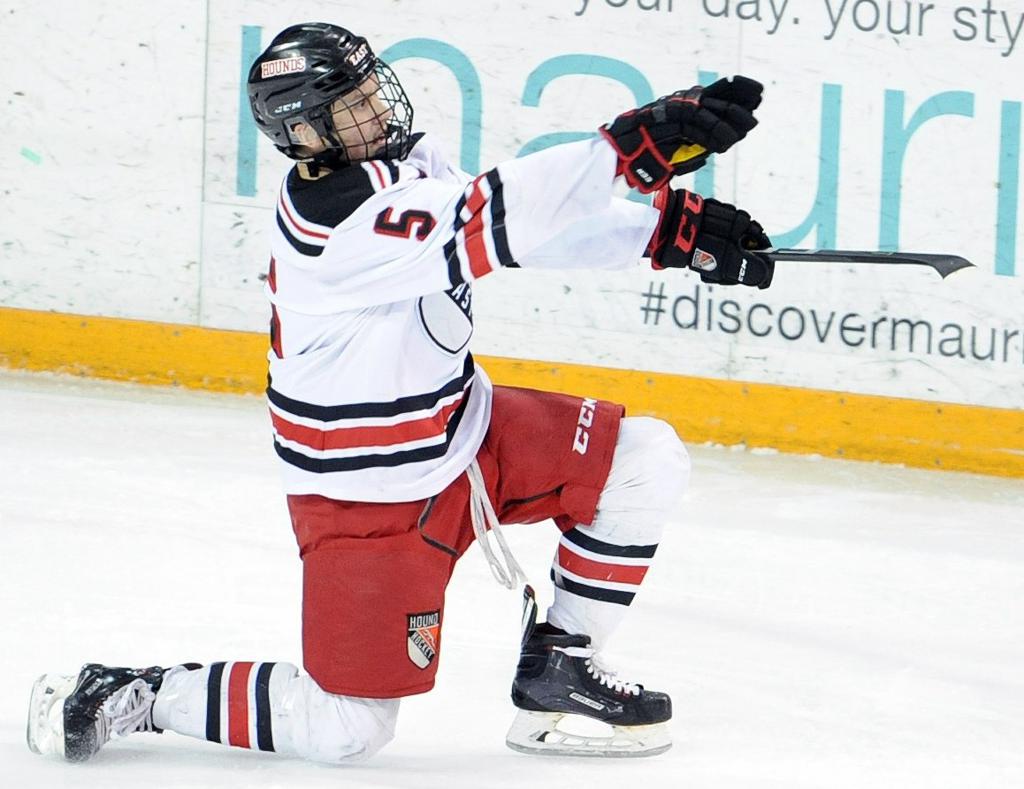 Scouting the Knights: Coach Jerremiah Johnson swears he saw this historic season coming since summer off-ice workouts. “We saw their commitment and we said, ‘This could be our best team overall,’ ” Johnson said. His faith grew as two sophomores, Adam Flammang (47 points) and Luc Laylin (44), became the team’s leading scorers and not one senior got jealous. Key victories followed. Despite giving up an early goal to Brainerd in the regular season, the Knights rallied for a 4-1 victory. Such resiliency helped them survive a 2-0 deficit in the section final vs. Moorhead.

Scouting the Greyhounds: Mike Randolph, in his 29th season as ’Hounds coach, called this group “the best practice team I’ve ever had.” It’s a competitive group that can turn practices into heated sessions. “I’ve got to keep them out of their own way,” Randolph said. Led by Mr. Hockey finalists Luke LaMaster and Garrett Worth, plus North Dakota-bound Ryder Donovan, Duluth East returns to its first state tournament since 2015. Randolph said the team improved as he learned to trust its depth rather than leaning on one line.

Worth knowing: St. Michael-Albertville won in its first section final ever. Johnson’s wife, Megan, has coached the Knights to eight consecutive section finals in girls’ soccer, winning four. “I have a lot of catching up to do in my house,” Jerremiah joked.