Two-Man Advantage: Has decade-long trend of Class 1A quarterfinal snoozefests come to an end? 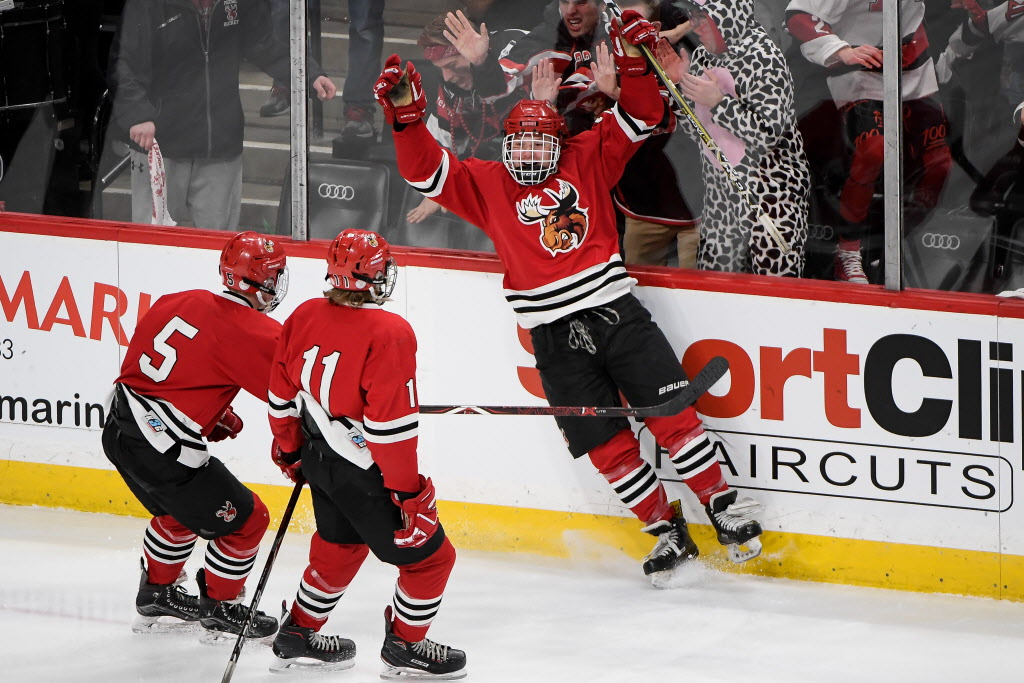 The rise of Class 1A programs such as Monticello has led to more compelling games in the state Class 1A tournament quarterfinals. Photo by Aaron Lavinsky, Star Tribune

A welcome trend? Or a mirage?

With hockey fans around St. Paul and the state raising eyebrows and hoisting thumbs-up over the recent improved quality of opening-round Class 1A play, we, like them, are brimming with hope that the days of the first-day snoozefests have come to an end.

Just a few short years ago, Poeschl would have been laughed out of the room had he mentioned parity and the Class 1A field in the same breath. Since 2007, when the top four (and now five) teams have been seeded, the quarterfinals slowly evolved into greater and greater mismatches. In 2009 the aggregate score of the four first-round games was 21-5. And it got worse from there.

The pinnacle of the lunacy may have been reached in 2012, when the quarterfinals results read like this:

With last year’s stunning reversal of all those Woeful Wednesdays, followed by this year’s three-out-of-four run of competitive games, it’s hard not to believe hockey, as a whole, is improving all around the state.

“The whole state is really developing some really good hockey at the single-A level,” Hermantown coach Pat Andrews said after Wednesday’s thriller with Monticello in a rematch of last year’s double-overtime title game.

“Monticello is a hell of a team,” said Andrews, whose Hawks have appeared in the last eight title games, winning a second straight championship last year. “They’ve shown that two years in a row now against us. I understand that we are the No. 1 team in the state so everyone is coming after us, but it does a disservice to these other teams a little bit to treat these games like they are supposed to be so lopsided.

“They sure make us earn it, I’ll tell you that.”