Notebook from the X: Edina's Nevers makes any linemate better

A strong case could be made for Edina’s forward unit of Mason Nevers, Sammy Walker and Jett Jungels being the state’s best. 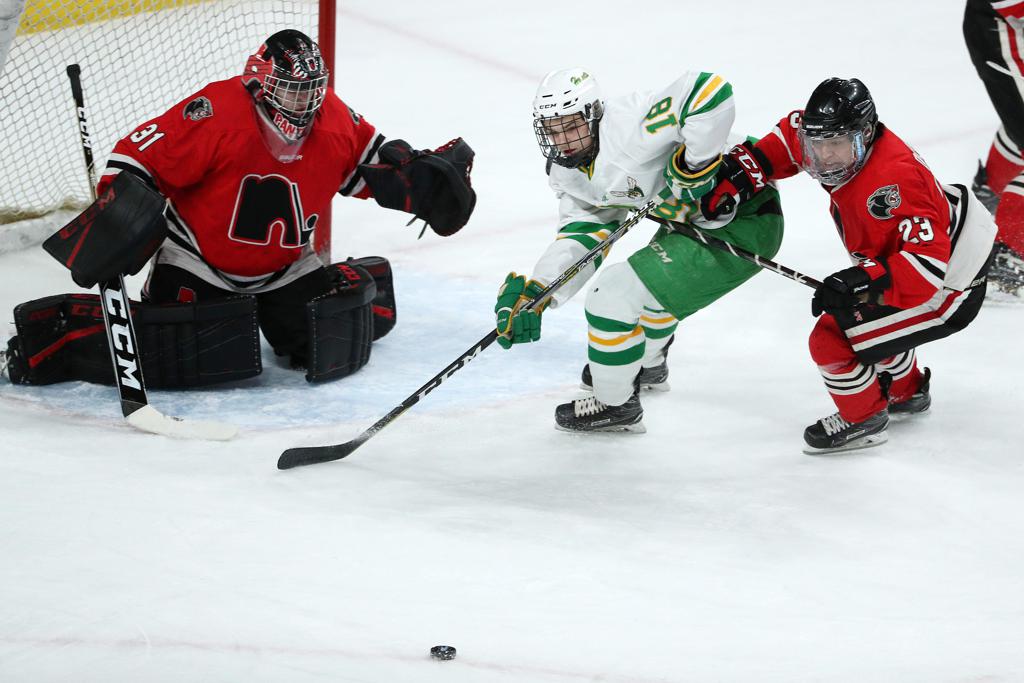 Edina’s Mason Nevers has been part of two top lines — and takes after his talented dad.

Last fall the most dominant line in the ultracompetitive Upper Midwest High School Elite League consisted of Edina’s Demetrious Koumontzis and Mason Nevers along with Blaine’s Will Hillman.

This winter during the high school season, a strong case could be made for Edina’s forward unit of Nevers, Sammy Walker and Jett Jungels being the state’s best.

Merely keeping up with the speedy Jungels and the sprinter-on-ice Walker, especially Walker, presents its challenges.

“Definitely,” Nevers said. “I’ve got to get a head start.”

“I asked him about the tournament, and he said, ‘You are going to hear a lot of boos, but it will provide a spark,’ ” said Mason, who has 24 goals and 38 assists. “We like the boos. It gets us going.”

Minnetonka opened its 6-2 victory against Hill-Murray with two goals on as many shots. The second came off the stick of sophomore defenseman James Miller — his first varsity goal.

“When he came back to the bench, I think I hit him on the head about 1,000 times,” fellow defenseman Grant Docter said. “We hang out a lot off the ice and we shoot a lot together and I was always wanting to see him get that first one so it was awesome.”

Per Minnesota State High School League rules, the clock doesn’t stop in the third period when a team leads by six or more goals. Such scenarios are common this season for Edina, which has been on the winning side of 12 such games.

The Hornets’ 7-1 victory over Lakeville North was the follow-up to an 8-1 bludgeoning of Wayzata in the Section 6 final.

A rare feat in the solid Lake Conference: Edina put all four of its conference rivals into running time this season, including No. 1-ranked Minnetonka in an 8-2 rout in late January.

Entering the state tournament, LaMaster had four goals and 39 assists in 28 games.