Edina's Sammy Walker, Duluth East's Garrett Worth also among our picks from Class 2A quarterfinals 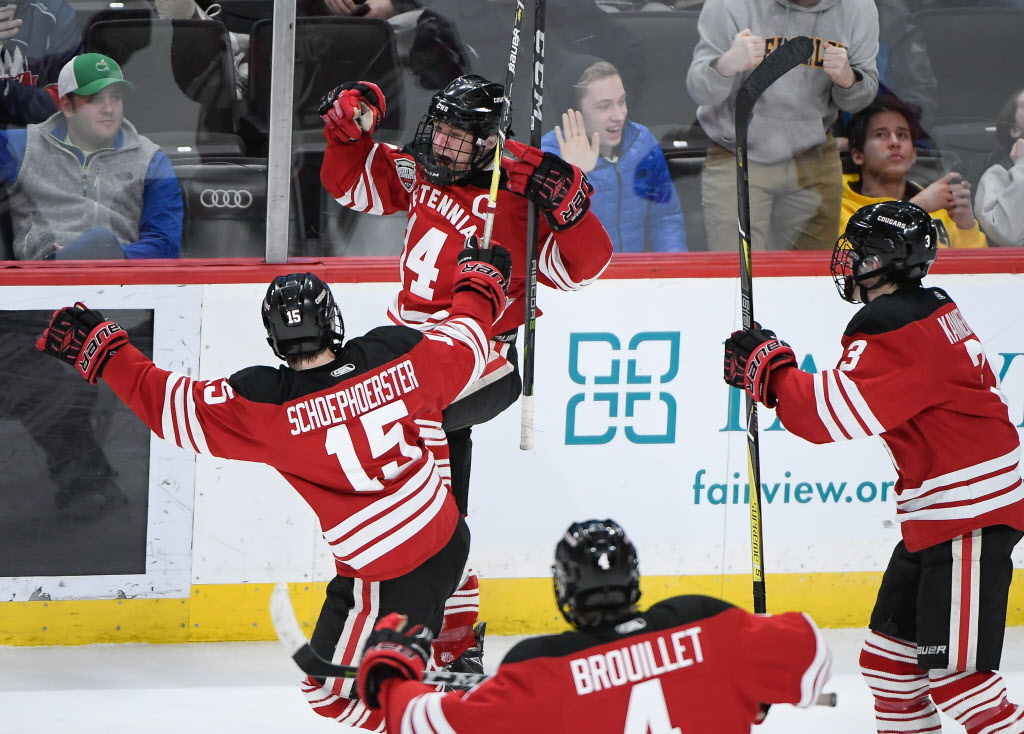 Our second offering in 2018 of our series of daily all-tourney teams. We make the obvious choices, sure, but you might find a few surprises below.

Made 28 saves, including 11 in the third period, en route to the day’s only shutout. Even more important, his performance received a stamp of approval from 29-year Duluth East coach Mike Randolph after the game. “He earned it, that’s for sure,” Randolph said about Kleive’s sixth shutout of the season.

The prognosis is good for the Skippers when Docter plays as he did Thursday. He had three assists, including the primary on two goals, and finished with a plus-minus rating of plus-4. Give Docter bonus points for going bonkers on the bench when close friend and fellow defenseman James Miller scored his first varsity goal.

The 5-11 bone-cruncher was on the mark with numerous hard hits to lead the Greyhounds' trademark board-rattling play. Paine (full name is Frederick Hunter Paint) also had an assist a plus-minus rating of plus-2.

Turned on the jets for a breakaway goal early, then played setup man the rest of the game, finishing with four assists as the Hornets’ top line toyed with Lakeville North like a housecat swatting a ball of yarn.

Always in the right spot. Always arriving at the right time. Gets his share of good bounces, too. As a pure goal scorer, none are better than Worth, who notched three against St. Michael-Albertville to give him 45 for the season.

Made an otherwise mundane day of quarterfinals memorable with his relentless play that led to him setting up his own winning goal in the upset of St. Thomas Academy. How did he do that? The winning play began with Brickner slamming the puck loose from a St. Thomas Academy player in the neutral zone, then he alertly headed to the front of the net, getting there in time to jam home a rebound.