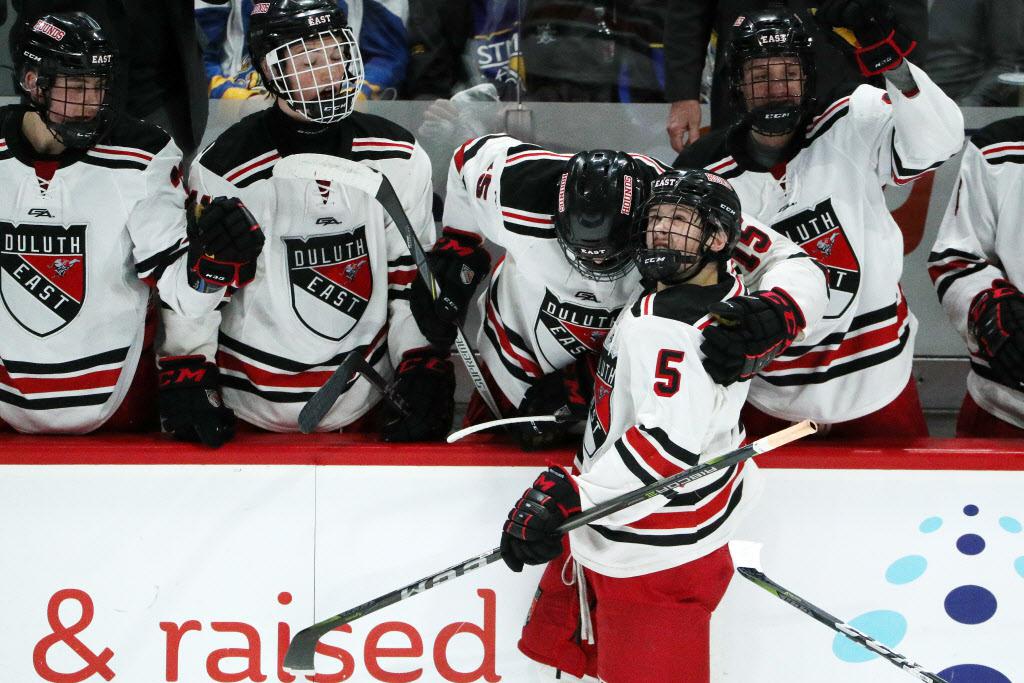 Centennial’s come-from-behind 3-2 upset victory over St. Thomas Academy on Thursday night provided a thrilling finish to an otherwise drab opening day (in terms of excitement) in the state Class 2A tournament.

While one, two, three and sometimes even four quarterfinal blowouts have been commonplace in the Class 1A tournament in the last decade, multiple lopsided games in the big-school field have been exceedingly rare over the years.

The last big-school or one-class tournament that had three or more true blowouts on opening day was back in 1987, when Greenway beat Edina 8-3, Bloomington Kennedy beat South St. Paul 7-3, Warroad beat Hill-Murray 5-1 and Burnsville beat Roseville 4-1. Bloomington Kennedy, Greenway and Warroad all entered the tournament with just one loss.

This year, with the state’s “Big Four” of Minnetonka, Edina, Duluth East and St. Thomas Academy having separated themselves as truly dominant teams (each of the teams had just two losses entering the tourney), it should have come as no surprise that the quarterfinals featured a blowout or three.

No. 5 Centennial toppling No. 4 St. Thomas Academy not only added a needed dose of drama, but also sets up an intriguing set of Friday semifinals in which the Cougars will once again embrace their underdog role against top-seeded and No. 1-ranked Minnetonka.

"Our guys are battle-tested, they are resilient, they are positive, they support one another," Centennial coach Ritch Menne said after Thursday's victory. "I don't know if anybody really  gave us a shot, so the pressure really was on them."

Friday's other semifinal, featuring the best teams longtime state powers Edina and Duluth East have produced in recent history, figures to be an instant classic.

"I told these guys already that if you want to be the best, you have to beat the best," Duluth East coach Mike Randolph said about an Edina team that has won 12 games by six or more goals this season.

"It's going to be an exciting game," Duluth East senior scoring leader Garrett Worth said. "I mean, it's Edina versus East at the Xcel. There's nothing better than that."

So how did that 1987 tournament play out? In two North vs. South thrillers, Burnsville upended Warroad 5-3 and Boomington Kennedy beat Greenway 4-2 in the semifinals.

Friday's Class 2A semifinals have all the earmarks of potentially providing the same magic.

"It’s going to be one of the best AA nights of all time," Orono coach Will Scholz said Friday afternoon after his Spartans qualified for the Class 1A finals.

The 1987 tournament ended with Bloomington Kennedy beating Burnsville 4-1 in the title game.