Duluth East coach knows what it takes to take down Edina

Mike randolph can’t keep a secret, so here’s how to beat the Hornets five times in six semifinals. 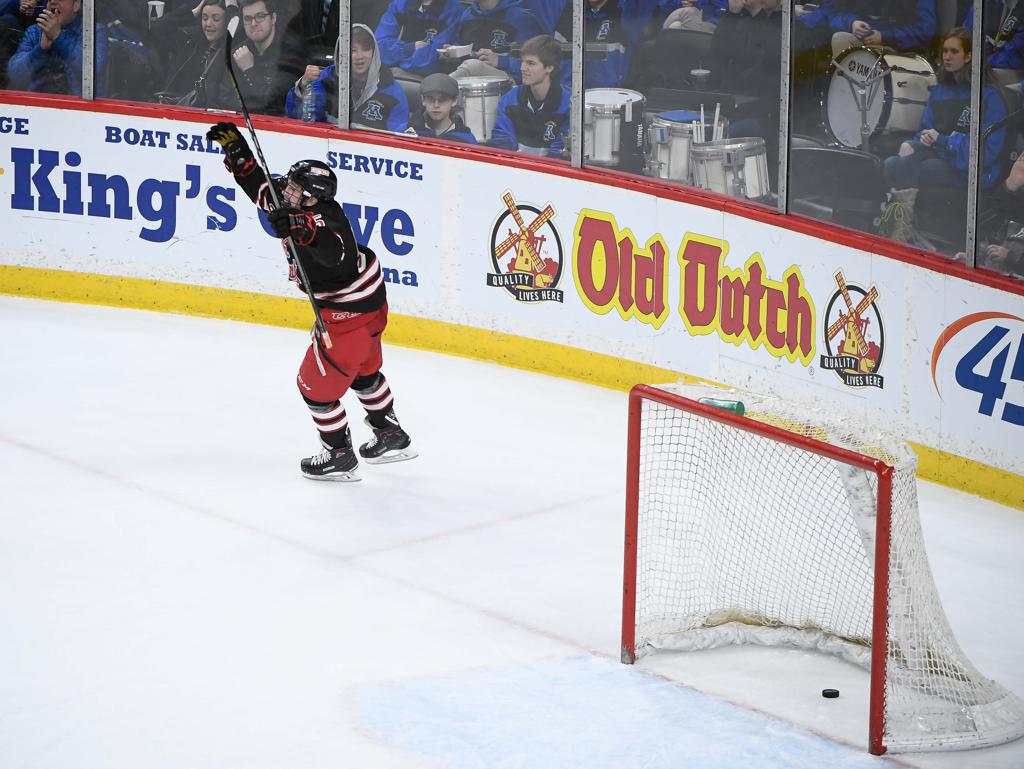 Duluth East forward Garrett Worth (5) scored an empty netter to put his team up 4-2 over Edina late in the third period. ] AARON LAVINSKY ï aaron.lavinsky@startribune.com Edina played Duluth East in a Class 2A state tournament semifinal game on Friday,

One would think Mike Randolph would protect his magic formula for defeating Edina in the state tournament with an array of locks, chains, booby traps and assorted other safeguards.

Nah. Randolph has been coaching too long, 29 seasons and counting, to care about protecting state secrets.

So after his Greyhounds defeated the Hornets on Friday for the fifth time in six semifinal meetings dating to 1995, he laid out all the necessary hoops, hurdles and headaches the Greyhounds were required to clear in order to topple one of the state’s winningest programs.

“You’ve got to have guys like this [pointing to defenseman Frederick Hunter Paine] blocking shots.”

Duluth East’s physical play — Randolph encouraged his players to go right to the edge in terms of being physical but staying penalty-free — is also a part of that magic dust.

Once all those X’s and O’s get sorted out, once all those shots get blocked, once all those bodies are banged into the boards, once your goalie (senior Parker Klieve) plays the game of his life, there’s still one more ingredient in that winning formula. Randolph shared that, too.

“… Get a couple of the bounces that we got,” Randolph said.

Paine’s shot from an Xcel parking lot that mysteriously, magically beat Edina goaltender Garrett Mackay in the third period was one of those bounces. The Greyhounds get their share of those when they play the Hornets. And man, do they love to play the Hornets.

“The atmosphere is unbelievable,” Duluth East senior Garrett Worth said. “It is two great programs going head to head at the Xcel.”

Duluth East played the spoiler the last time these teams met. In 2015 the Greyhounds crashed what was supposed to be a state championship game party headlined by Edina and Lakeville North.

“We weren’t anywhere near Edina that year, and we got through it,” Randolph said about the 3-1 Greyhounds victory that year.

Duluth East’s latest victory derailed the expected matchup (based on tournament seeds and state rankings) of No. 2 Edina and No. 1 Minnetonka.