'Hermantown lost' is news worth spreading at Class 1A hockey tournament 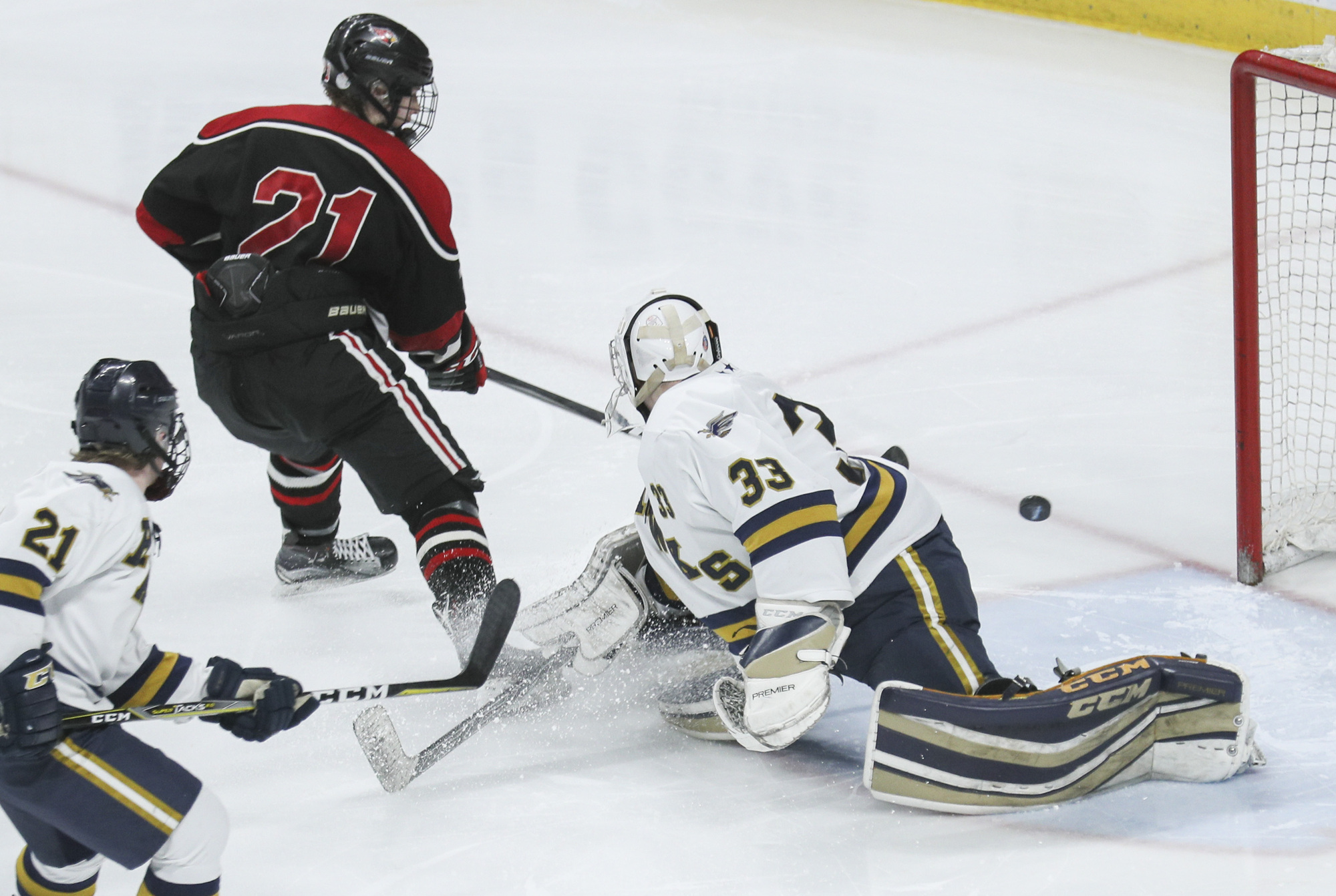 A Twitter user summed up Alexandria’s stunning 6-1 semifinal upset of Hermantown best, and in a quintessentially Minnesotan manner, with: “Just yelled out and announced in the Target parking lot, ‘HERMANTOWN LOST!’ ”

Hard to say exactly if the sentiment was pro-Alexandria or anti-Hermantown. The former spoke to the shock of Alexandria breaking the Hawks’ stranglehold on Class 1A title game appearances. If it’s the latter, the delight owes to the Hawks’ unprecedented dominance.

Hermantown had reached the title game annually since 2010, which means adult fans on Hermantown’s side of the arena with a toddler on their lap held a child who has only known the Hawks as a fixture on the season’s final day.

The Hawks, the No. 1 seed, rode a 48-game unbeaten streak against 1A opponents and hoped to play for a third consecutive championship after six consecutive defeats. Instead, they will try for third.

“I couldn’t have asked for a better group of captains,” first-year Hawks coach Patrick Andrews said. “They made my job so much easier. I feel bad for them that they didn’t get where they wanted to be. I hurt for them a lot.”

On the Alexandria side, the mood was jubilation with a hint of humbleness.

“I don’t know what to say,” Cardinals goalie Jackson Moline said. “We just beat the best team in the state for how many years, 6-1.”

Underdogs since the Section 6 semifinal game, Alexandria rode a mix of stout goaltending and talented forwards to a dream destination.

Reality began setting in when Ben Jenson gave Alexandria a 4-1 lead with about 9 minutes left. Hockey procedure followed, the pulling of a goalie for an extra skater in search of a key goal. Standard stuff, just not when it’s the semifinals and the team is Hermantown.

Alexandria’s formula for dethroning the Hawks was pretty standard, too.

“You’ve got a group of kids that bought in,” Cardinals coach Ian Resch said. “They played as a team, took care of little details, and as you have success with it, you start believing it more. It’s little things they’ve committed to that they’re getting rewarded for.”

A steady mind-set, the kind the players had before their section final upset of St. Cloud Cathedral, helped as well.

“Just a quiet confidence, a quiet calm,” Resch said. “Even going out for the third period, I thought I’d see just a little bit more excitement.”

That came at the end of the period instead.