Whether sending text messages or tweets, several alumni have high hopes for their former programs. 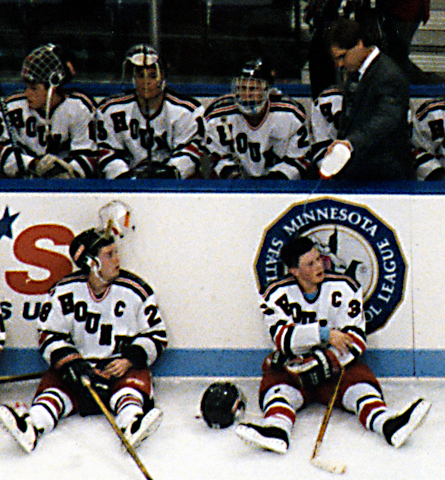 Tonight's Duluth East/Minnetonka championship showdown has alumni of both programs taking notice and doing their part to rally the current troops.

Chris Locker, 1995 champion whose passes were the catapult that launched so many Spehar goals: "You all have been dreaming and talking about this moment. Every sprint, every bag skate, every summer workout has been all put forth to get here. You boys have earned the opportunity to play for a state championship. Take it all in. Enjoy every second of it, Leave it all on the rink. Play Hound hockey for 51 minutes. Bring it home boys."

Nick Angell, member of the last Duluth East championship team in 1998: "20 years is enough. It's time for the team of '98 to pass the torch. Good luck tonight. Go Hounds!"

Former Quinnipiac player Thomas Schutt:
‏ @tschutt08: Huge shoutout to @TonkaBoysPuck, playing for a State Title tonight. Wish I could be at the X to watch it all go down. Bring the title home boys! #TheTourney18 #ProudAlum