Orono's Landon Wittenberg leads the season highlight reel with his game-winning goal. But his many victories at the faceoff dot also meant a great deal to his team’s success. 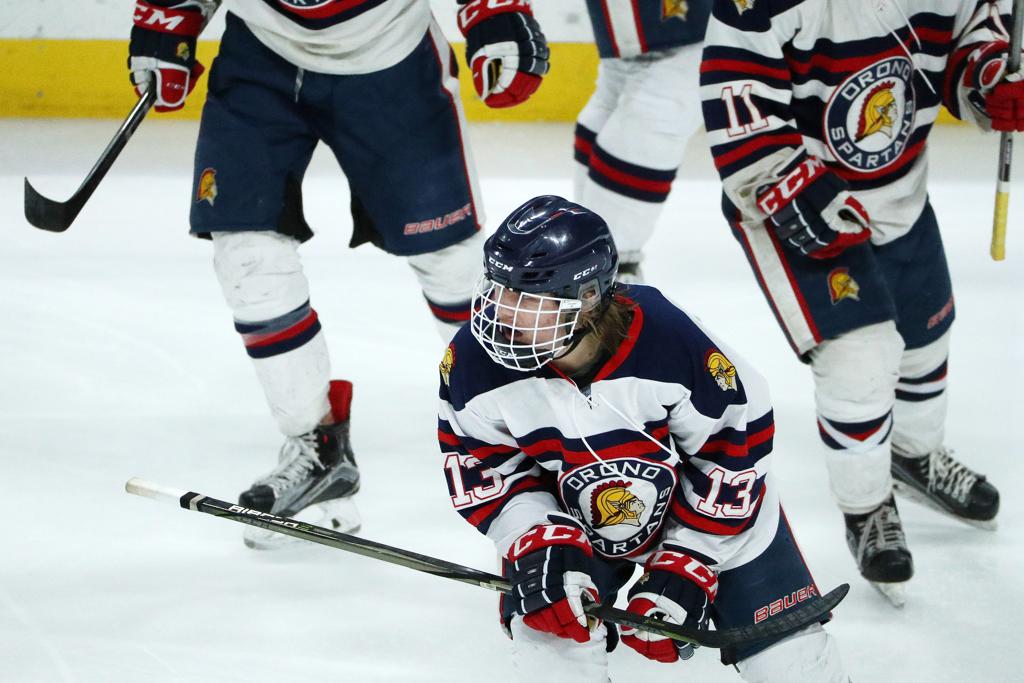 Orono’s Landon Wittenberg leads the season highlight reel with his game-winning goal. But his many victories at the faceoff dot also meant a great deal to his team’s success.

Wittenberg, a third-line center, went 11-1 on the draw against Alexandria, helping ignite the Spartans after a sluggish first period starting plays.

“He told me about halfway through the second period, ‘I got this figured out,’ ” Orono coach Will Scholz said.

Wittenberg wasn’t boasting. He studies his craft, and results follow.

“Yeah, I said on the bench, ‘I’m not losing any more draws,’ ” Wittenberg said. “I kind of watch what a guy does once and once he beats me with that, usually he doesn’t beat me with it again because I’m going to take that away. I just strive to always win those little puck battles.”

A bad bounce made a big difference in Orono’s 2-1 championship game victory. But Alexandria goaltender Jackson Boline was a difference-maker throughout the tournament.

“That way he played was the reason we were in that game,” teammate Jack Westlund said. “And he had nothing to be ashamed of. He played unbelievable all year, especially in the playoffs. Without him we wouldn’t have been in this game tonight.”

Adam Coole, goaltender on Duluth East’s 1998 state championship team and the best captain coach Mike Randolph said he’s ever had, addressed the Greyhounds before Friday’s victory over Edina. He and Dave Spehar, catalyst of the Greyhounds’ 1995 title team, spoke to the team before Saturday morning’s practice.

That meant the program’s two top scorers, Spehar and senior Garrett Worth, finally met. Worth entered Saturday’s title game with 47 goals this season. Spehar tallied 58 in 1995 and 54 a year later.

Boline received the Herb Brooks Award for Class 1A. The award is given to players who best represent the former coach’s values and character.